Home Real Housewives of Beverly Hills News The Real Reason Denise Richards Yelled ‘Bravo, F–king Bravo’ During Kyle Fight is Revealed as RHOBH Producer Furiously Tells Her to “Get Back to Reality”

The Real Reason Denise Richards Yelled ‘Bravo, F–king Bravo’ During Kyle Fight is Revealed as RHOBH Producer Furiously Tells Her to “Get Back to Reality” 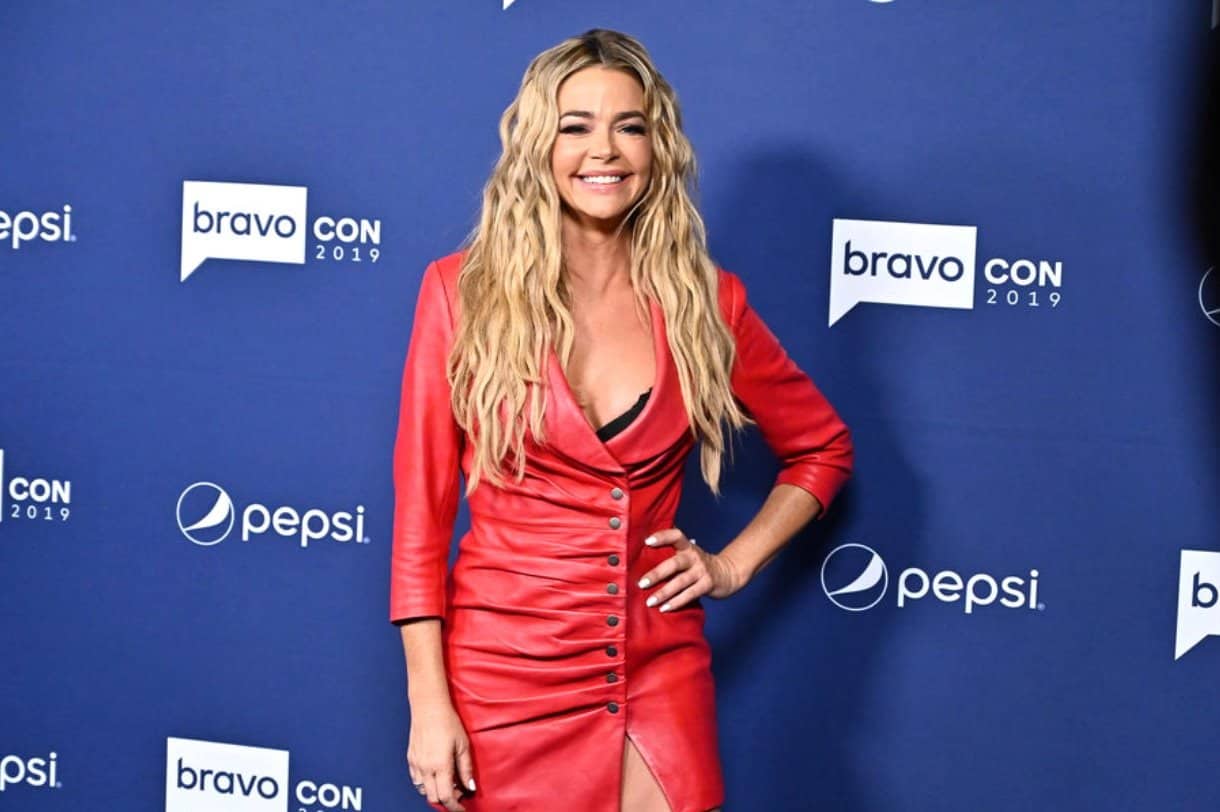 Former Real Housewives of Beverly Hills star Denise Richards became the housewife most likely to break the fourth wall this season with the “Bravo, Bravo, F–king Bravo!” heard ’round the world in the season 10 promo.

That clip went viral before it aired and RHOBH fans patiently awaited its arrival on their screens, but they were sadly disappointed when Denise and Kyle Richards finally faced off and the footage from the clip never showed up.

Fans were given a snippet of it later in the season in a montage of Denise’s multiple departures from filming, but now, Bravo finally aired it in full as part of their “Secrets Revealed” episode on Wednesday.

Denise and Kyle began to spar over Kyle’s issue with Dorit Kemsley, who showed up late to Teddi Mellencamp‘s “All In” retreat due to glam.

During her confessional, Kyle claimed that Denise told them she had been working that day and that’s why she herself was late to the retreat, but she later told them off-camera that she hadn’t been working at all.

“Who gives a shit if she wants to come all glammed up?” asked Denise.

“It rubbed me the wrong way that day, that’s how I felt,” Kyle replied, adding that she left her kids to be at the retreat, to which it was noted that all the women did.

“I had f–king surgery and I still showed up. I f–king worked and showed up,” Denise said. “I worked that day and got in my car.”

“You told us later you didn’t,” Kyle then told Denise, catching her off-guard.

“Are we gonna do this now, Kyle? Really?” Denise shot back.

“I thought you told us, honestly, you didn’t work,” Kyle said to Denise during the fight.

“I’m not f–king doing this,” the Wild Things star shot back. “What do you care? No, there’s not another story.”

It was at that moment that Denise then shouted, “Stop. Bravo, Bravo, f–king Bravo. I am not doing this, you guys.”

In her own confessional, Denise explained that she was so angry because she felt Kyle was “trying to make me look like I was lying” and “trying to set me up.” She added, “I was pissed off. I was like, ‘Shut the f–k up, don’t throw me under the bus.'”

“I’m done, guys. Kyle, we’re not doing this,” Denise snapped. “I am going to go nuts. I need [showrunner] Chris Cullen or I’m out. You are doing this on purpose. Guys! You’re part of this production.”

A producer then came to the table, visibly irritated about the situation. “Denise, you worked in the morning and you came late. We know it all,” he told her. “Don’t worry about it. Get back to reality!”

“I didn’t know that. They’re not going to do something like that to you,” Kyle added, referring to production giving her a “bad edit.”

“That’s not how I roll,” Kyle then replied. “I’m not here to make up something that makes you look like you did something you didn’t do.”

Denise apparently learned the “Bravo, Bravo, Bravo” trick from Kyle. Kyle explained it was a tactic housewives used in earlier seasons to signal to production to not use the footage.

The tension on set seemed to have gotten to Denise as she announced her exit from the franchise on September 9.

“It was actually a really tough decision,” Denise admitted during an appearance on The Real this week. “I’ve been a fan of the show and I had a lot of fun doing my first season. Obviously my second season was very challenging and I went back and forth with it, and at the end of the day I decided it was time for me to move on and focus on other projects that I have. But I am glad that I did it, though.”