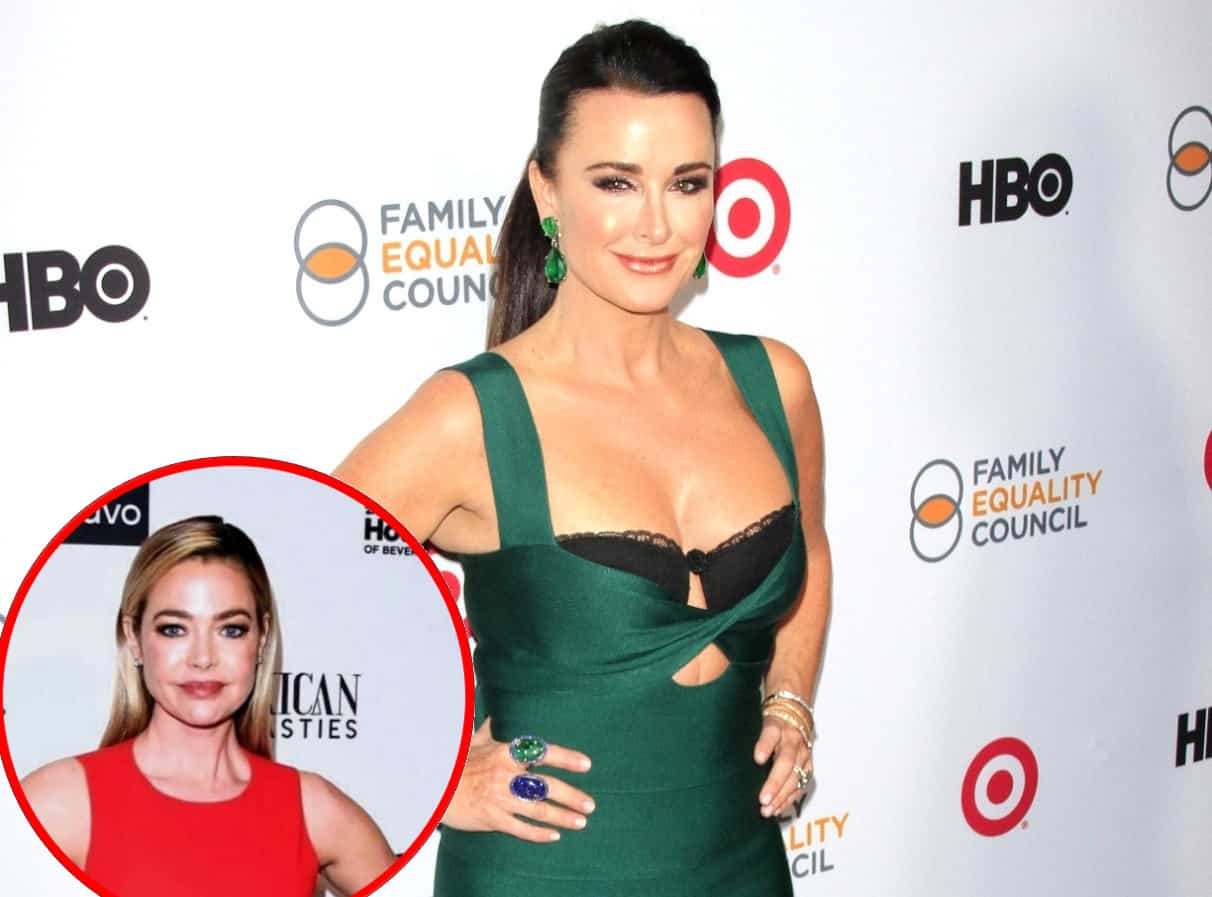 Kyle Richards is opening up about her season 10 role on The Real Housewives of Beverly Hills after being seen only briefly during Wednesday night’s episode.

After confirming she will be less present on the new season of the show, Kyle took aim at Denise Richards for her decision to stop filming after facing rumors about her alleged romance with Brandi Glanville and explained why Denise’s behavior forced producers to break the fourth wall.

After nine seasons on RHOBH, Kyle admitted to pulling back a bit on production due to her acting career.

“I didn’t do as much as I normally do because I was shooting Halloween Kills and launching my clothing line at the same time and getting ready for the fashion week show. So there were some things I had to miss out on,” Kyle told Refinery29 during a phone interview on April 22.

Following the drama-filled ninth season, Kyle said she missed out on many of the challenging moments her castmates faced during season 10.

“Whenever there is a big fight, I’m always like, Thank God I wasn’t there,” she said.

During another interview on Jenny McCarthy‘s Sirius XM radio show, Kyle was asked if Denise’s season 10 absence was reminiscent of that of Lisa’s season nine absence, which spanned several episodes.

“I’m not exactly sure how long [Denise was absent],” Kyle admitted on The Jenny McCarty Show. “All I know is [Denise] stopped, you know, basically showing up. She didn’t want to face anything or deal with anything. So she either would bring her husband or disappear.”

“That was something I really took issue with,” Kyle continued. “I’ve been on the show for 10 years [and] there have been so many things that have come up that were really difficult and really painful… but I always show up.”

When Jenny suggested Lisa Vanderpump had “set a pattern” for people to think they can quit filming midway through seasons, Kyle agreed and confirmed it was that very concept that led producers to break the fourth wall and allow viewers to see moments from behind the scenes of the show.

“They’re like, ‘Oh, well let me just, if I say Bravo, Bravo, Bravo, they’re not going to use this then.’ Well no, now we’re breaking the fourth wall,” she shared.

Kyle then slammed Denise’s disappearance as a “rookie move.”

“The worst thing you can honestly do [is walk off] because you leave it open for everyone to talk about that instead of you taking control of the narrative. And you’re just making it a way bigger deal,” she explained. “It’s a rookie move to walk off!”