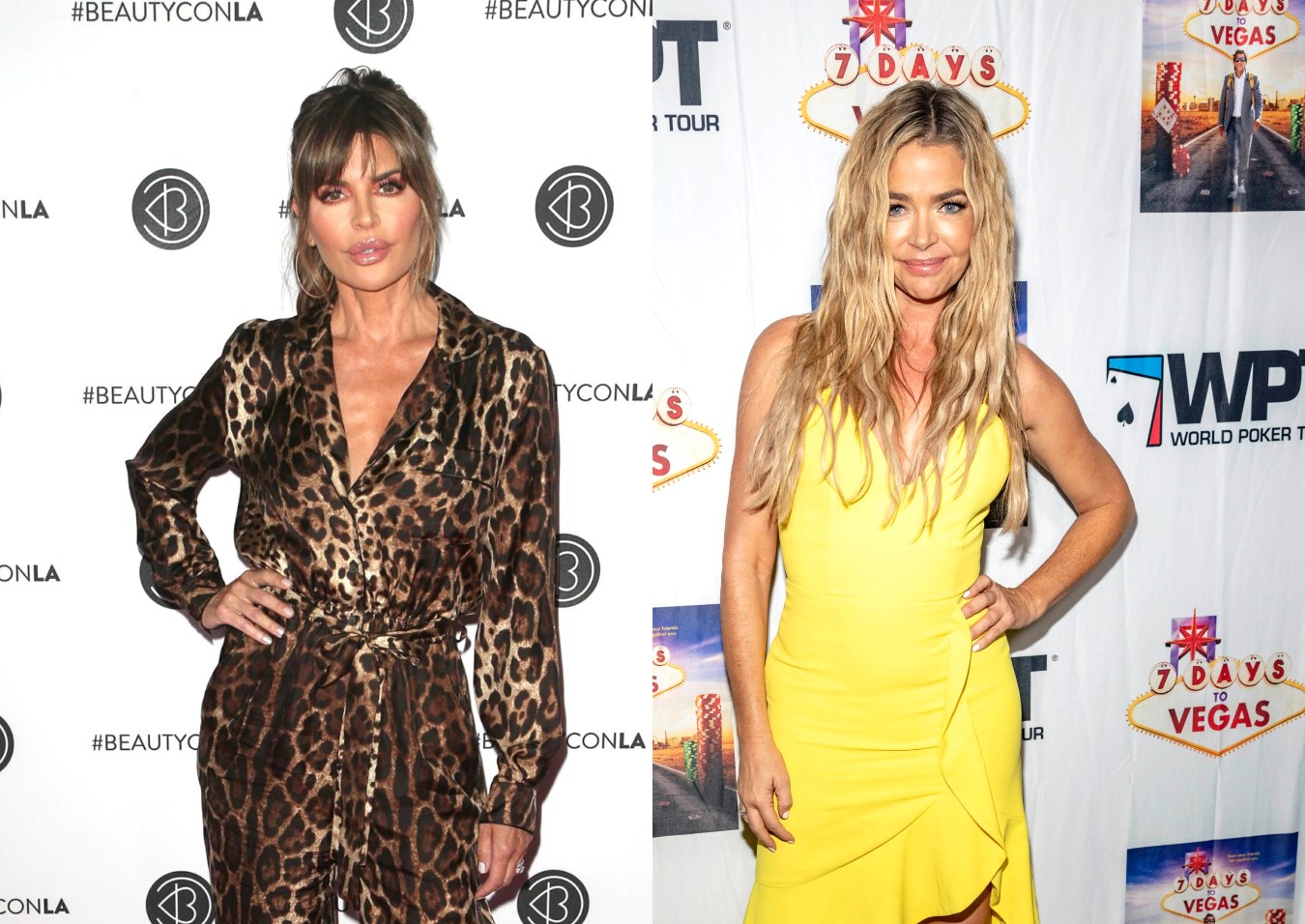 After Denise shared a message with her fans and followers on Tuesday, revealing she recently experienced a health crisis, Lisa began questioning her about whether or not she and her family were alright before pointing out that she was a no-show on Saturday when the rest of the cast filmed the finale episode for the upcoming season at Dorit Kemsley‘s home.

The online drama began after Denise shared a re-post from her husband, Aaron Phypers, on Instagram in which he revealed the actress had undergone an emergency procedure to remove four hernias.

“My hubby posted this & I need to actually thank him for taking such great care of me,” Denise wrote in response to Aaron’s reveal. “This was a couple months ago & turned out to be a good lesson for me to always listen to my body.”

According to Denise, she was experiencing pain and other symptoms before learning she had two femoral hernias and two inguinal hernias. Looking back, she wishes she sought help sooner.

“I waited way too long & didn’t even tell my husband how bad I was feeling (I know it was stupid) … gotta always listen to our bodies & take care of ourselves,” she wrote.

After Denise shared this post, Lisa had some questions.

“Is everything ok? Is everyone ok?” Lisa asked.

She then posted a second message in which she pointed out that Denise was supposed to attend Saturday night’s event with their co-star, Garcelle Beauvais, who was added to the RHOBH cast in August along with fellow newbie Sutton Stracke. 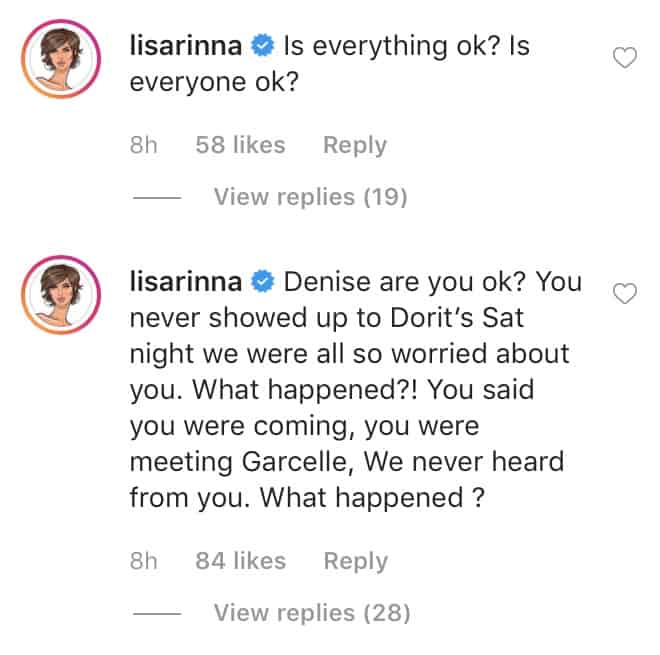 While a number of Denise’s fans and followers reacted to Lisa’s post, Denise has yet to explain her finale absence.

Lisa’s comments come just days after Brandi Glanville confirmed one cast member was “refusing” to film RHOBH and may never return to the series.