Home Real Housewives of Beverly Hills News Brandi Glanville Reveals a RHOBH Star is ‘Refusing to Film’ and May Not Be Seen ‘Ever Again,’ Plus She Claims Lisa Vanderpump Plants Stories

Brandi Glanville Reveals a RHOBH Star is ‘Refusing to Film’ and May Not Be Seen ‘Ever Again,’ Plus She Claims Lisa Vanderpump Plants Stories 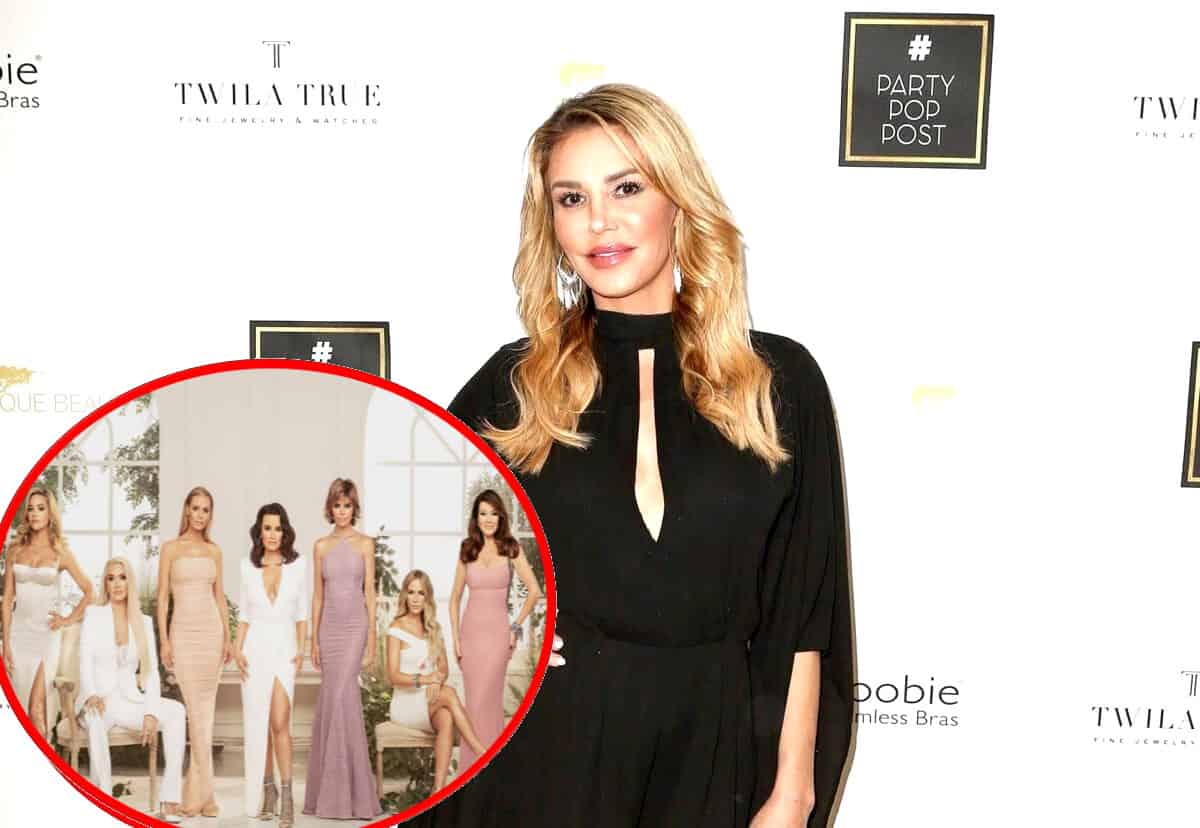 Did a Real Housewives of Beverly Hills cast member quit the show amid season 10?

While attending the launch of Glow Recipe’s Banana Soufflé Moisture Cream days ago, Brandi Glanville confirmed that someone is refusing to film with their co-stars before addressing her own return to the series, insisting that the new season is anything but lackluster, and taking aim at Lisa Vanderpump.

“I don’t know if we’re going to ever see one of the housewives ever again,” Brandi revealed to Hollywood Life on December 4. “She’s kind of refusing to film and it’s intense.”

Although Brandi didn’t name the person she was speaking about, Kyle Richards recently said that the stress of the series had caused her to “take a step back.” There have also been reports suggesting Denise Richards has distanced herself from her co-stars and may quit once filming wraps.

As for her own return, Brandi said her time with the ladies has already resulted in plenty of stress.

“You forget how stressful these things can be. I haven’t had a [psoriasis] breakout in like a year and all of a sudden, shooting the show again, my whole face has it all over,” she shared.

During one particular filming session, Brandi said she nearly went to jail.

“We had a group event last night and let’s just say… I’m glad that the cops weren’t called because I would be the one going to jail,” Brandi admitted. “I’m a reactor. People have my number and I can’t change it. It is what it is. I wouldn’t be true to myself if I was reserved.”

While rumors have swirled that suggest RHOBH will be boring without Lisa Vanderpump, Brandi said that definitely isn’t the case. In fact, she said there’s plenty of drama and friction between the cast.

“I kind of wish it was [boring]… but then it wouldn’t be good entertainment,” she joked.

Brandi went on to address Lisa Rinna‘s recent insinuation that Lisa V. was actually behind the reports of an allegedly lackluster 10th season.

“I would never say that she… Planting a story is definitely in her um, kind of what she does,” Brandi said. “But, I don’t know who’s talking.”