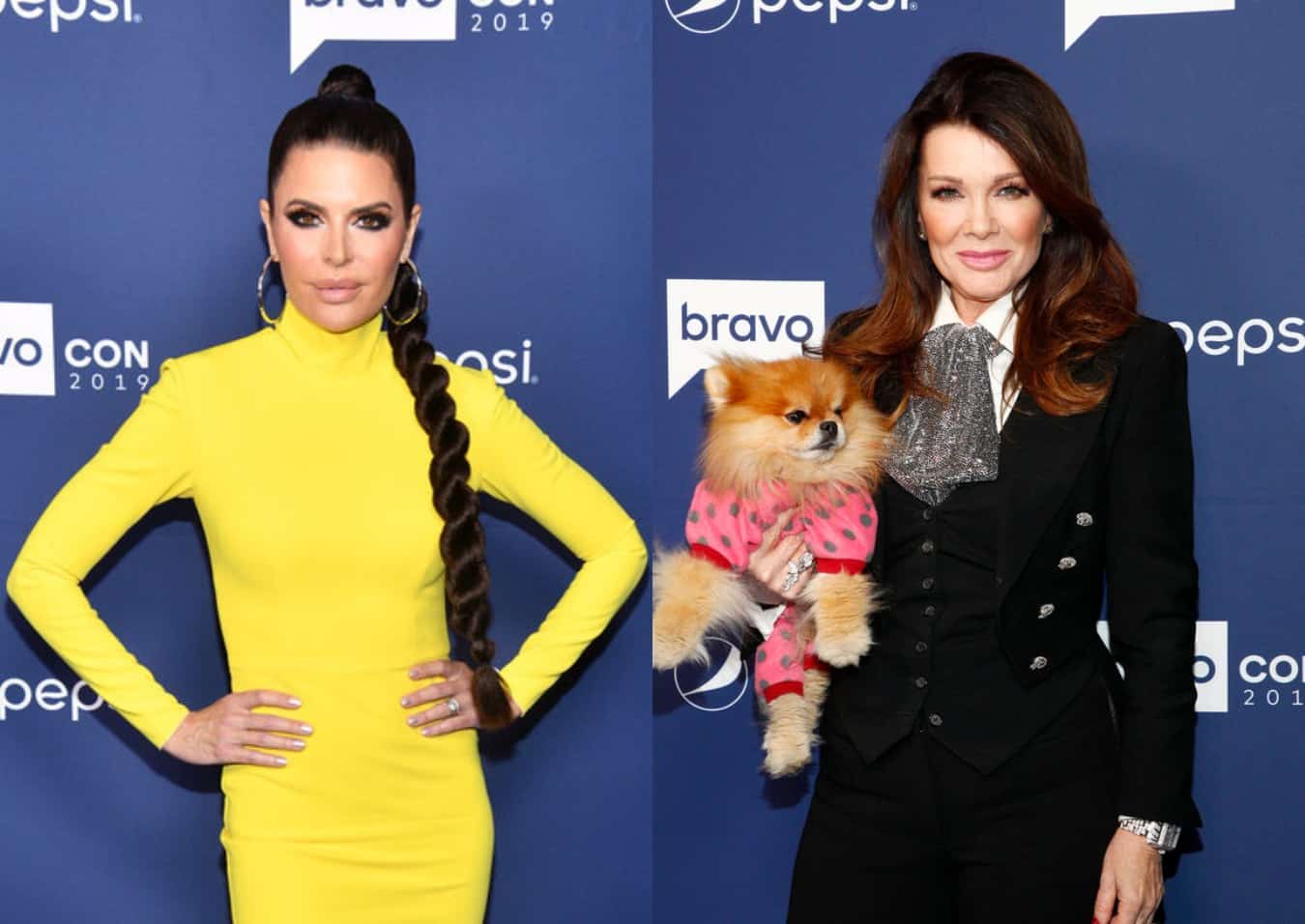 Lisa Rinna suspects Lisa Vanderpump is behind the swirling rumors regarding the allegedly lackluster upcoming season of The Real Housewives of Beverly Hills.

During the December 4 episode of Brad Goreski‘s podcast, Lisa R. was asked about the ongoing reports before teasing what fans can expect to see on season 10, dishing on her new co-stars, and fighting back against rumors regarding her solo appearance at the E! People’s Choice Awards last month.

First, Lisa shared what viewers can expect from her during the new season, teasing that the new episodes will feature a very uninhibited version of her.

“You cannot hustle the hustler! And you know what, if you try, sorry for you. [You don’t want to get into it with me], especially not this year,” Lisa R. warned on the Brad Behavior podcast. “I feel like I’m at a place right now that is a different level and if you come for me, there are going to be consequences.”

As for who is going after her during RHOBH season 10, Lisa said it could be someone she feuded with in the past, “possibly Camille [Grammer]” before going on to shut down any claims of a lackluster new season.

“What I can say is everything you’re hearing about nothing going on and it is a boring season, I’m going to say that’s not true,” Lisa R. explained. “It’s just not. There’s a lot of different things going on. The show is great because we’ve moved forward and new stories are being told and you’re getting to know new cast members. That’s always fresh and exciting.”

In August, Bravo confirmed the additions of Garcelle Beauvais and Sutton Stracke.

The topic then turned to if Lisa R. believed the rumors of a lackluster new season were coming from Lisa V.

“Do you think that people are saying there is nothing going on because of the extraction of that one person that’s no longer there?” Brad asked, giving a nod to Lisa V.’s exit from the show in June.

“And do you think that that’s coming from a specific source or do you think it’s just being floated out there?” Brad questioned further.

“Um, what do you think, Brad?” Lisa R. coyly responded.

Then, when Brad pointed out that he knows “how these things work,” Lisa said that she does as well. According to Lisa R., Lisa V. isn’t the star of the RHOBH. Instead, it is the show itself that draws in viewers.

“Let’s face it. Real Housewives of Beverly Hills is the star of the show. We are all interchangeable,” she explained.

Although a number of past seasons have featured “gates,” including Puppy Gate and Panty Gate, Lisa R. told Brad that when it comes to season 10, there aren’t any “gates” and she and her co-stars won’t be dwelling on any one issue for too long.

“There’s no ‘gate.’ We’re moving through quicker this season and I don’t know if that’s because of the newbies. I think the audience is going to like it,” she noted.

According to Lisa R., RHOBH season 10 is expected to wrap filming in January and will air on Bravo TV sometime next year.