Andy Cohen Slams Claims RHOBH’s New Season is Boring and Needed Camille to Spice Things Up, Plus He Defends RHONY Against Criticism of Going to Same Vacation Spots 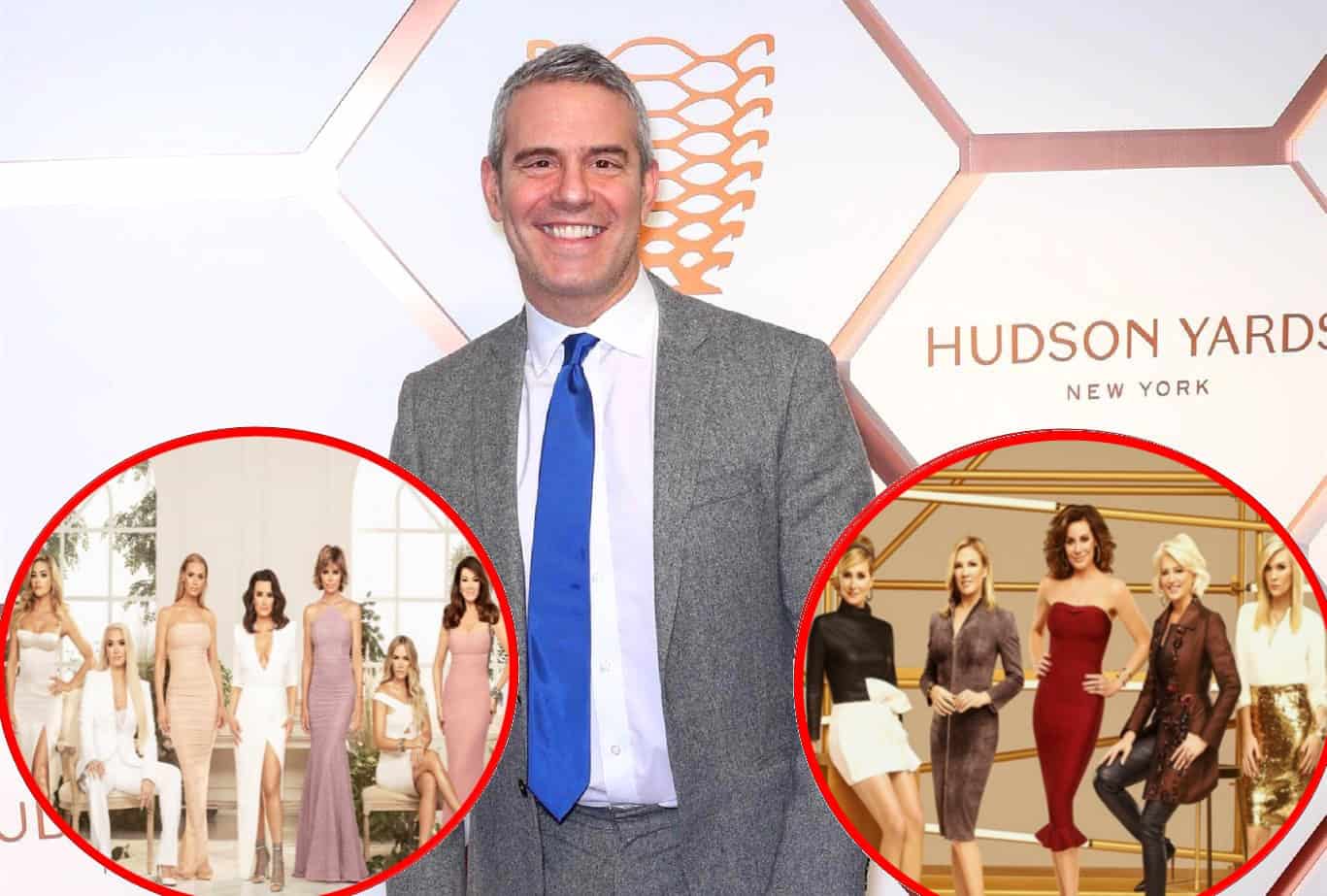 After being confronted by a couple of fans who suggested that the footage captured for the series’ upcoming seasons hasn’t been anything to get excited about, Andy explained his decision to bring back several former RHOBH cast members and made it clear that production on both RHOBH and RHONY is going great.

“Here’s a question for [Andy]: if the #RHOBH filming was going so ‘great’ why did you have to bring back Camille, Brandi, Eileen AND Kim last minute? It couldn’t have been going that great?” the first fan suggested.

“Because we try to bring them back pretty much every single year at some point,” Andy explained. 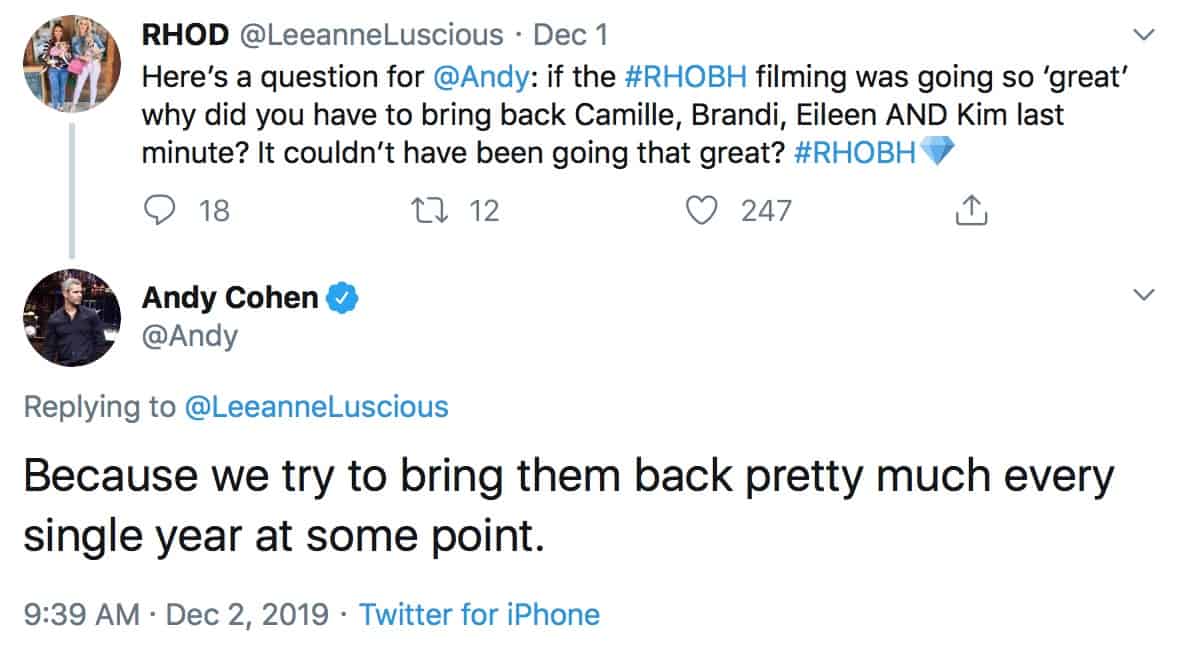 In a second post, another fan called out Andy for seemingly sending his RHONY cast on the same trip each year.

“#RHONY in Mexico, Miami, Berkshires, or a freaking gas station is 99 percent more entertaining than anything else on television. Come back to me with a serious complaint!” Andy fired back. 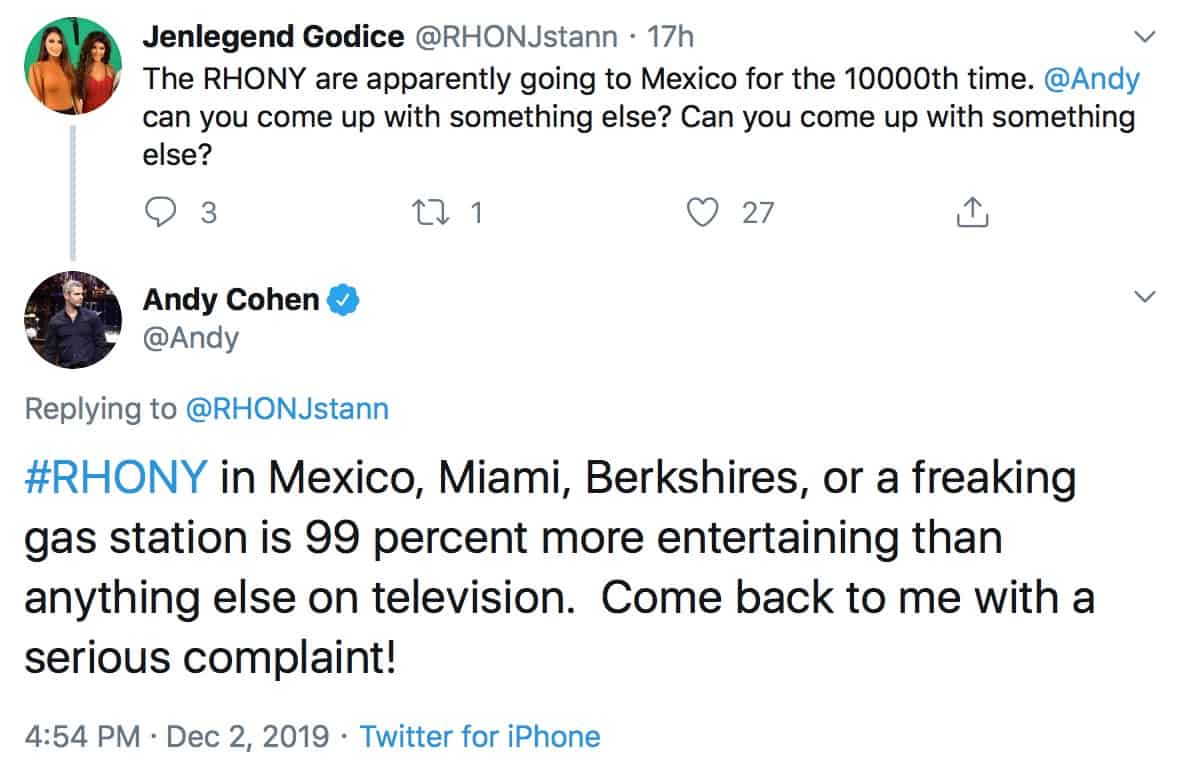 As fans may have heard, rumors have been swirling that suggest season 10 of RHOBH will be boring because the women of the show, including new cast members Garcelle Beauvais and Sutton Stracke, are getting along too well after Lisa Vanderpump‘s exit from the series in June. Meanwhile, some fans are concerned that RHONY will also be lackluster due to Bethenny Frankel‘s recent departure.