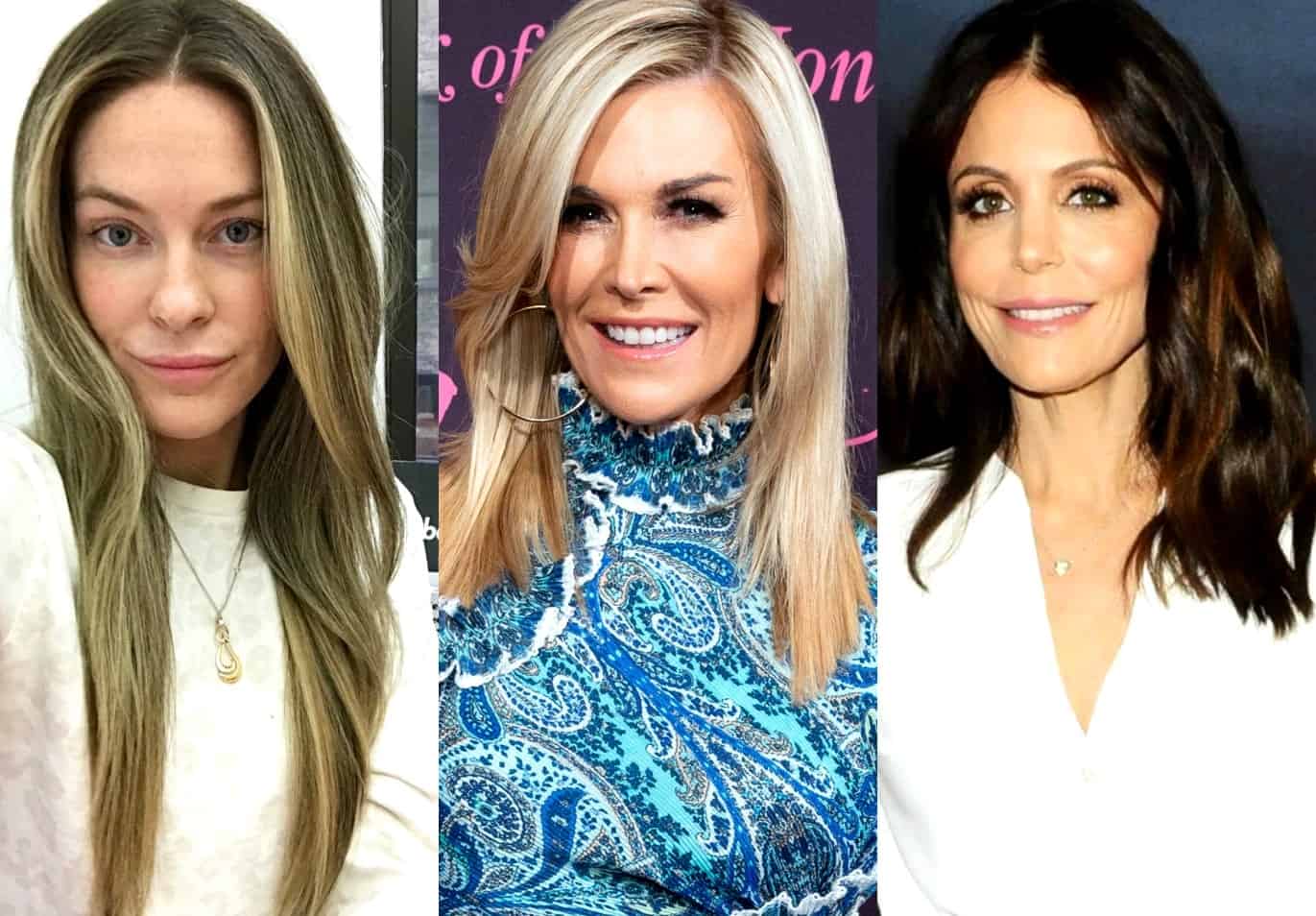 Leah McSweeney has seemingly joined the cast of The Real Housewives of New York City.

On Saturday, Leah, the 36-year-old founder of Married to the Mob clothing, was spotted filming with her friend Tinsley Mortimer at a Big Apple hotel, but could she really be joining the Bravo TV reality series to replace longtime star Bethenny Frankel?

On August 25, a Real Housewives fan page on Instagram shared a clip of Leah and Tinsley chatting with one another as two cameramen stood nearby.

While rumors have swirled in regard to Leah potentially replacing Bethenny, who announced her exit from the series last Wednesday, a new report from Hollywood Life on August 26 claimed that was not happening.

“The new cast member Leah McSweeney was brought in by Tinsley who is her only connection so far to the cast. She was not brought in to replace Bethenny as she was already joining with or without Bethenny,” a source close to the production said.

According to the report, producers felt that Tinsley could use someone “in her corner,” which is why they believed her good friend Leah would be a great fit.

“Tinsley is happy to have her, especially with Bethenny being gone now. Leah is also really good friends with Meghan McCain so it’s totally possible she could appear,” the insider continued.

As the cast of season 12 films the new episodes, production is expected to bring in an additional cast member to “spice things up.” However, when it comes to the identity of the second addition, no names have been revealed quite yet.

“The goal now will be to add someone fast, but it needs to be the right fit. As usual, all of the ladies are throwing names into the hat. The ladies are now in the Hamptons to film,” the source added.