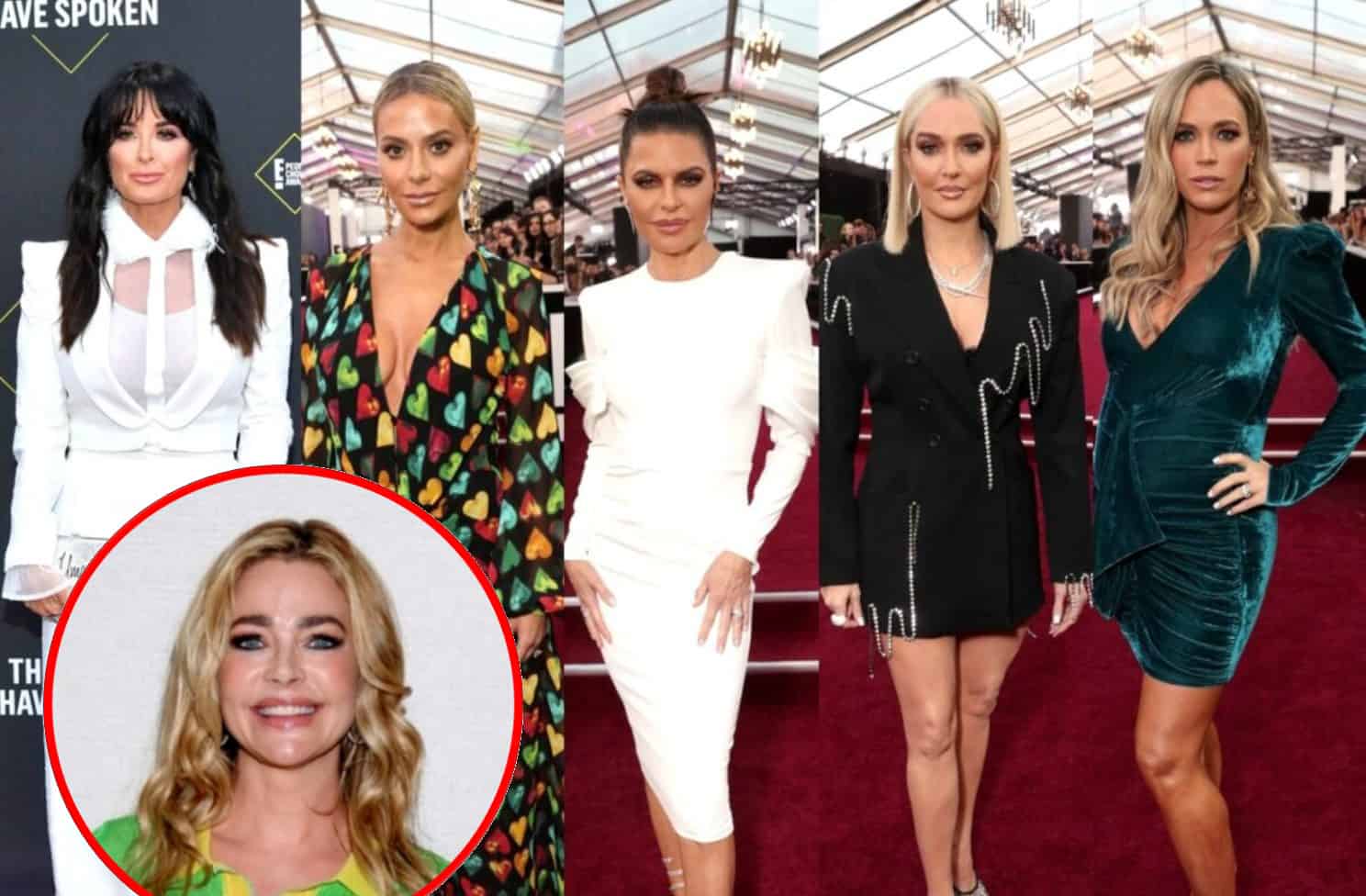 Kyle Richards and her co-stars are reacting to the “Bravo, Bravo” outburst muttered by Denise Richards on Wednesday’s episode of The Real Housewives of Beverly Hills.

Following the show, Kyle and her co-stars appeared on the RHOBH: After Show, where she spoke of how the phrase was first used before the rest of the cast reacted to Denise’s outburst and called out their co-star for being selective about the parts of her life she was willing to chronicle for the series.

“Season one, Lisa Vanderpump, Taylor, all of us, we’d use that time to put [on] a little powder. Because it’s not like we had glam,” Kyle revealed. “We would touch up our makeup and then they’d be like, ‘Pull the cameras back up.’ For some reason, the show was so new to us that we didn’t want to be caught touching up our lip gloss, which now you’ll see us doing that in the scene all the time, that we’d go, ‘Bravo, Bravo, Bravo! Hi, Andy Cohen.’ That was that.”

But that wasn’t what Denise used the phrase for. As fans saw on Wednesday’s RHOBH, Denise was trying to prevent Bravo from airing the conversation they were having about her supposed affair with Brandi Glanville and the things she allegedly said about her cast mates.

“In my six years, I’ve never witnessed that,” Erika Jayne said of the shocking moment.

“I’m like, wait, can we do that?” Sutton Stracke shared. “I would have done that before I was getting pummeled by Dorit.”

Kyle was also surprised by the footage.

“When I first saw the trailer for the season, I was like, ‘They’re breaking the fourth wall!'” she recalled.

“I’ve never seen someone do it to cut something out or not have something used or to put an end to a conversation,” added Dorit Kemsley.

While Denise was understandably upset by the claims Brandi made against her, Kyle believes that enduring tough moments on the show is “part of the deal” and her RHOBH co-stars agreed with her.

“Unfortunately, that is the downside of being on reality television. There’s an upside. Obviously, we have a lot of fun. We go on great trips. We do fun stuff together. We care about each other. But when there’s parts of your life that you don’t want the audience to see, it can be very difficult,” Kyle explained

“We can’t, arbitrarily, as individual women in this group decide what we want and what we don’t want shown. It’s not favorable for everybody at all time. It’s not,” Dorit agreed. “We all have felt the brunt of putting your life out there.”

“That’s why we say, ‘Roll with the punches,'” Erika added.