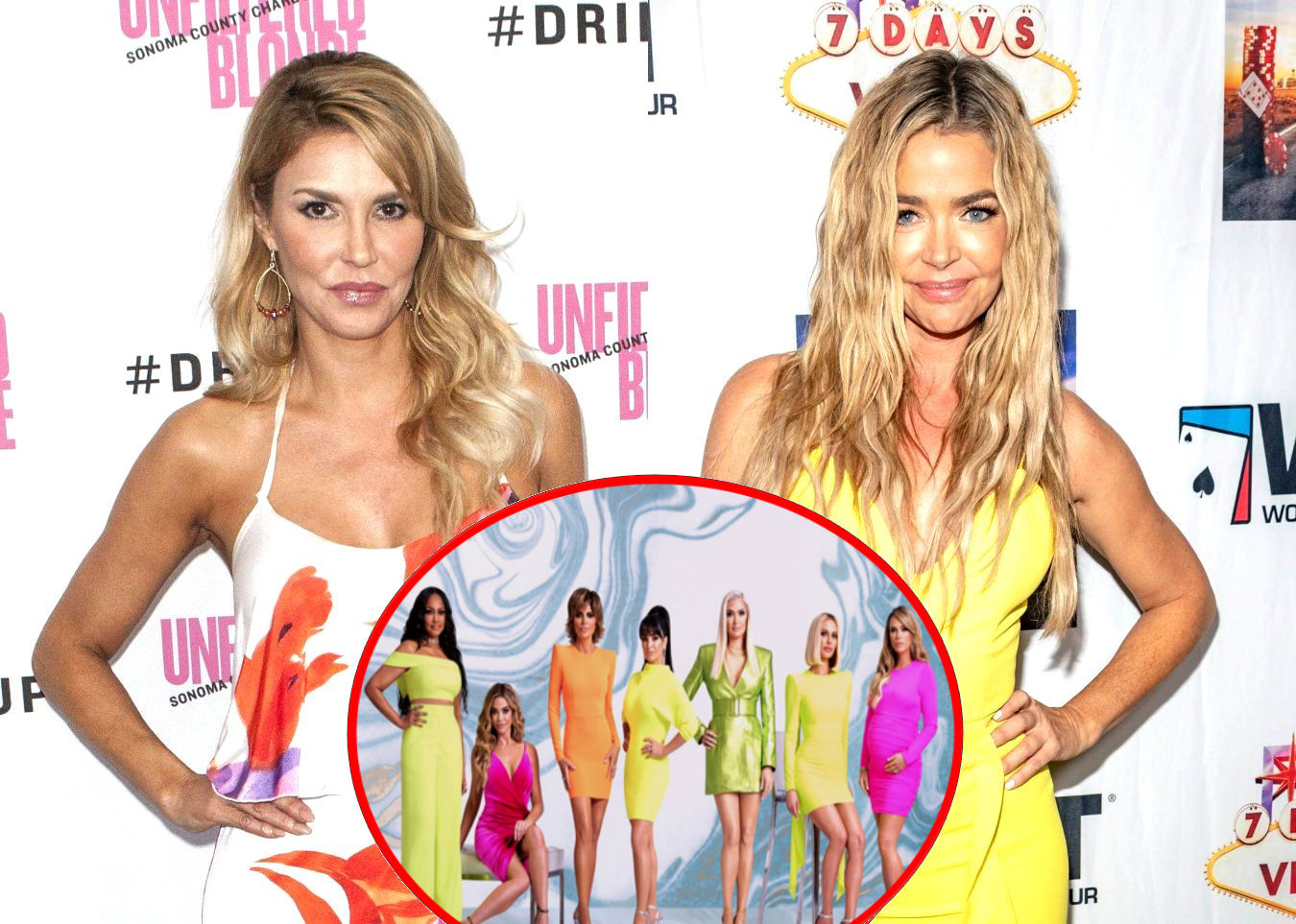 All hell is about to break loose between The Real Housewives of Beverly Hills cast.

In a just-released supertease of the remaining episodes of season 10, Brandi Glanville is seen spilling the beans about her alleged affair with Denise Richards to her co-stars as Denise denies the shocking claim and attempts to prevent footage of Brandi’s statements from airing on the show while Garcelle Beauvais takes aim at Lisa Rinna.

“I f**ked her, woke up the next morning [and] she said, ‘[Aaron Phypers] can never know this. He’ll kill me,'” Brandi is seen telling her understandably shocked castmates, including Kyle Richards, Dorit Kemsley, Teddi Mellencamp, and Erika Jayne, during a cast dinner.

Later, when the ladies confront Denise about Brandi’s claims, which included a statement about her potentially “open” marriage with Aaron, Denise replies with tears in her eyes.

While the cast remains in shock, despite Denise’s denial, Dorit sides with the actress.

“I believe Denise,” she says.

During a later scene, Garcelle is seen at a party where she reveals that after making plans to meet up with Denise, the mother of three was a “no show.”

“I’ve been calling her — nothing,” Garcelle informs Kyle.

“I hope to God she’s okay. My heart is racing. I’m really, really scared,” Dorit says as she attempts to reach Denise with a phone call of her own.

In another moment featuring Garcelle, she’s seen labeling Lisa as the “bad guy in all of this” as Denise begs her producers not to air what Brandi alleged.

“Please do not air this. It’s very bad,” Denise says.

Then, as she is seen walking away from production, Denise adds, “Bravo has a choice. If they ever want me to be on the show … they need to cut that.”

Although rumors began swirling at the end of last year that suggested Denise may be quitting RHOBH, she has since confirmed she did not leave the series.

“I’m still on it, despite different rumors,” Denise confirmed to PEOPLE in February. “Nobody knows about season 11, none of us. But as far as season 10, I’m still filming and very much a part of the show. I enjoy it and I’m thrilled to be part of it.”