Home Real Housewives of Beverly Hills News RHOBH Star Brandi Glanville Calls Out Denise Richards for “Lies” After Her Open Marriage Denial, Plus Why Denise is Disappointed in Lisa Rinna

RHOBH Star Brandi Glanville Calls Out Denise Richards for “Lies” After Her Open Marriage Denial, Plus Why Denise is Disappointed in Lisa Rinna 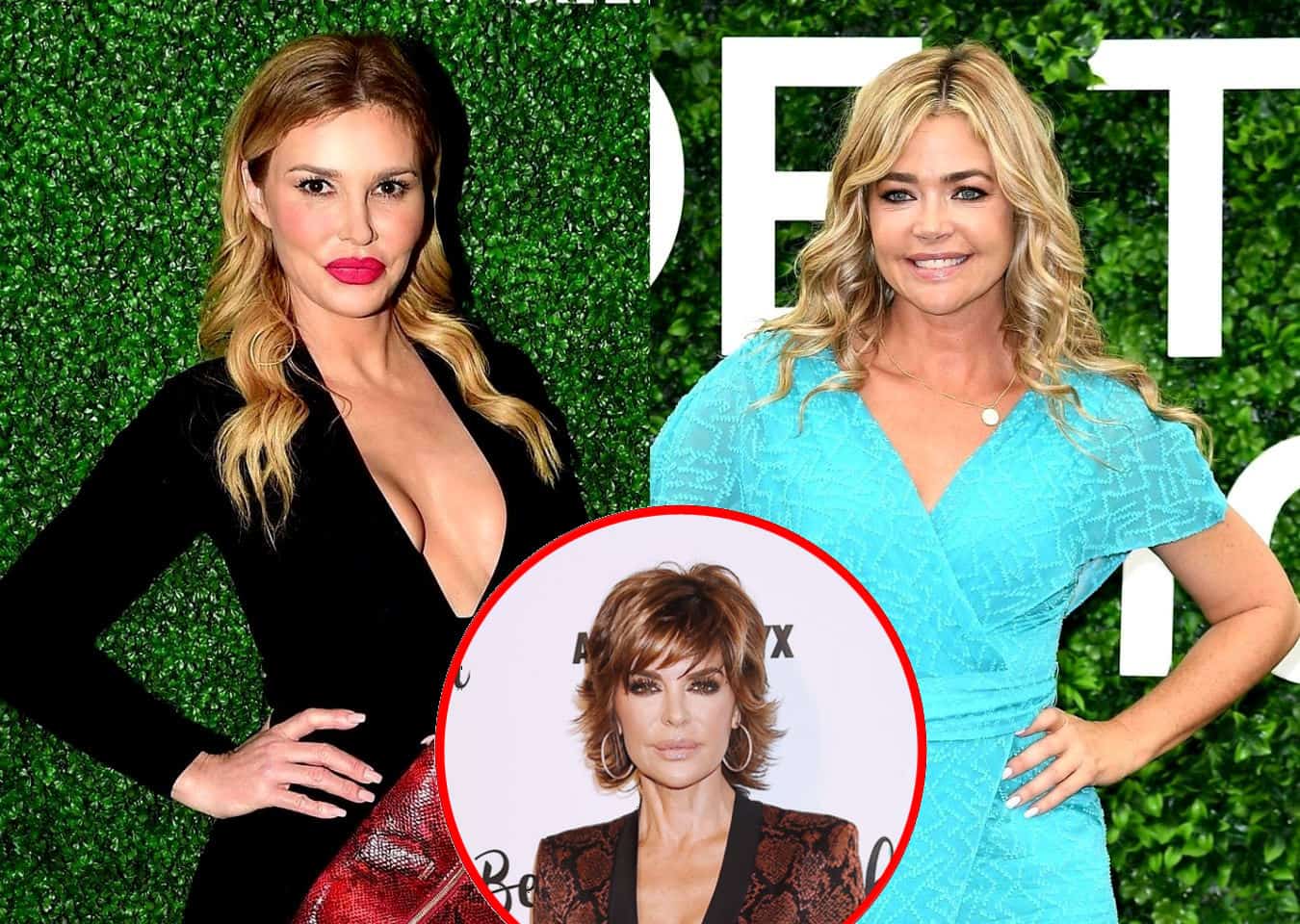 Brandi Glanville is fighting back after seeing that Denise Richards recently claimed she was 100 percent faithful to husband Aaron Phypers.

Following a post on Twitter in which it was alleged that the rumors claiming Brandi and Denise hooked up amid Denise’s open marriage with Aaron were “not true,” the Real Housewives of Beverly Hills star offered a response as an insider revealed why Denise is reportedly disappointed in Lisa Rinna.

“Lies,” Brandi wrote in response to an article about Denise’s open marriage denial. 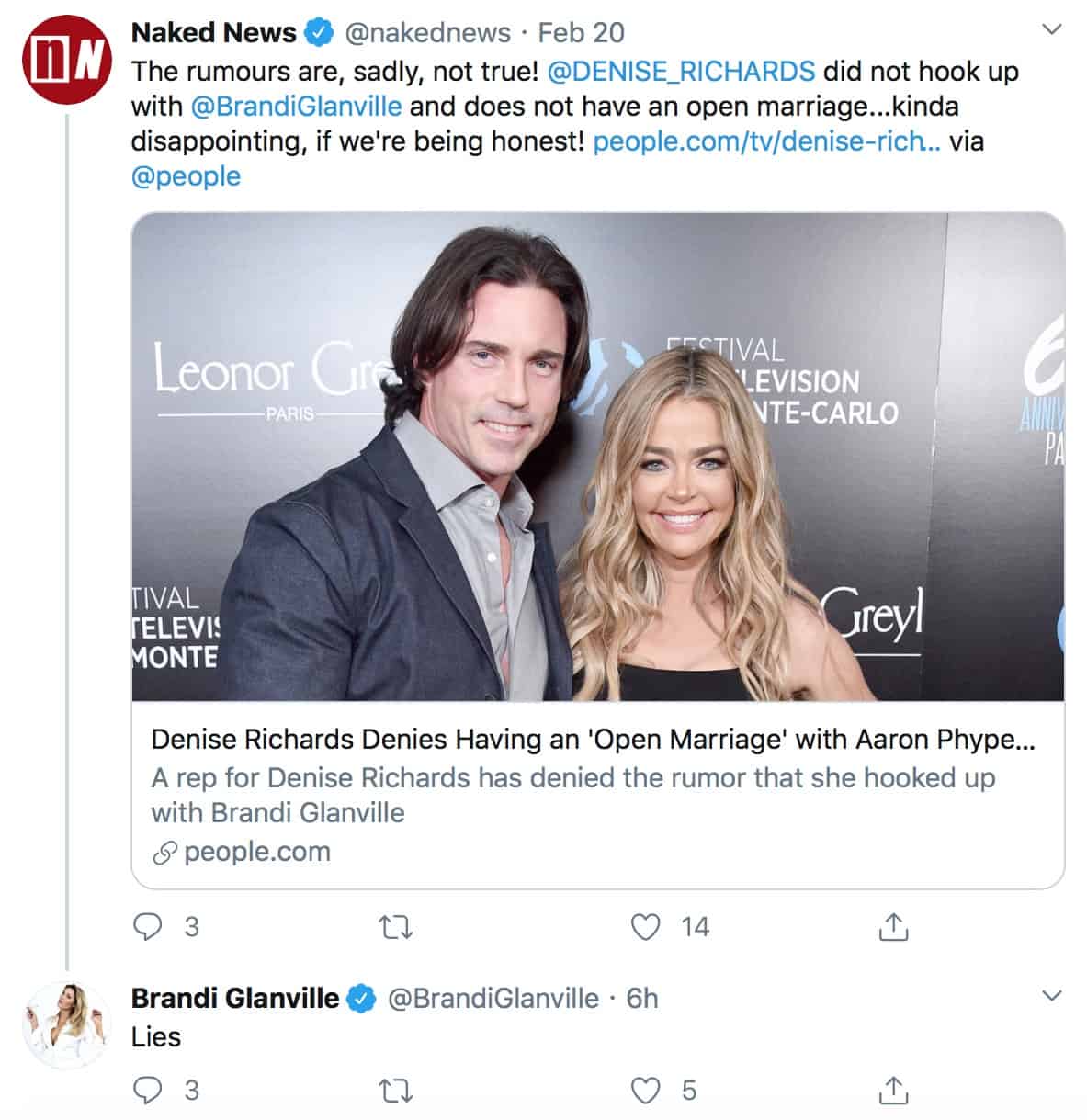 In a second post shared days ago, Brandi said she was “not lying” about her recent statements and told her fans and followers they would soon find out the truth.

“I just want to make it VERY CLEAR that IM NOT LYING about any statements I have made recently all will be revealed soon enough,” she teased.

In other RHOBH news, a source close to Denise recently told Hollywood Life that she is upset about the rumors regarding her supposedly open marriage and has no idea where they came from.

“[Denise] seems to be the target this season. The feeling is that Brandi [Glanville] has just been out to get her to start drama,” the insider claimed.

While Denise skipped filming on the finale episode in December, the insider went on to say that she held her own during production but felt her co-stars, especially Lisa, could have been more supportive.

“It’s honestly [Garcelle Beauvais] who jumps to her defense the most. She would’ve loved some of the other ladies to support her more, especially Lisa Rinna, who is a good friend, so that was surprising and upsetting.”

The source went on to reveal that Denise is planning to complete filming on season 10 but is not yet sure about a season 11 return.

“Denise plans to finish the season, but the jury seems to be out whether she continues after that,” the insider stated. “Aaron will support Denise doing the show so long as she has fun doing it. He got himself involved in some of the drama this season because he had to back his wife up on several occasions, which were hard for him.”