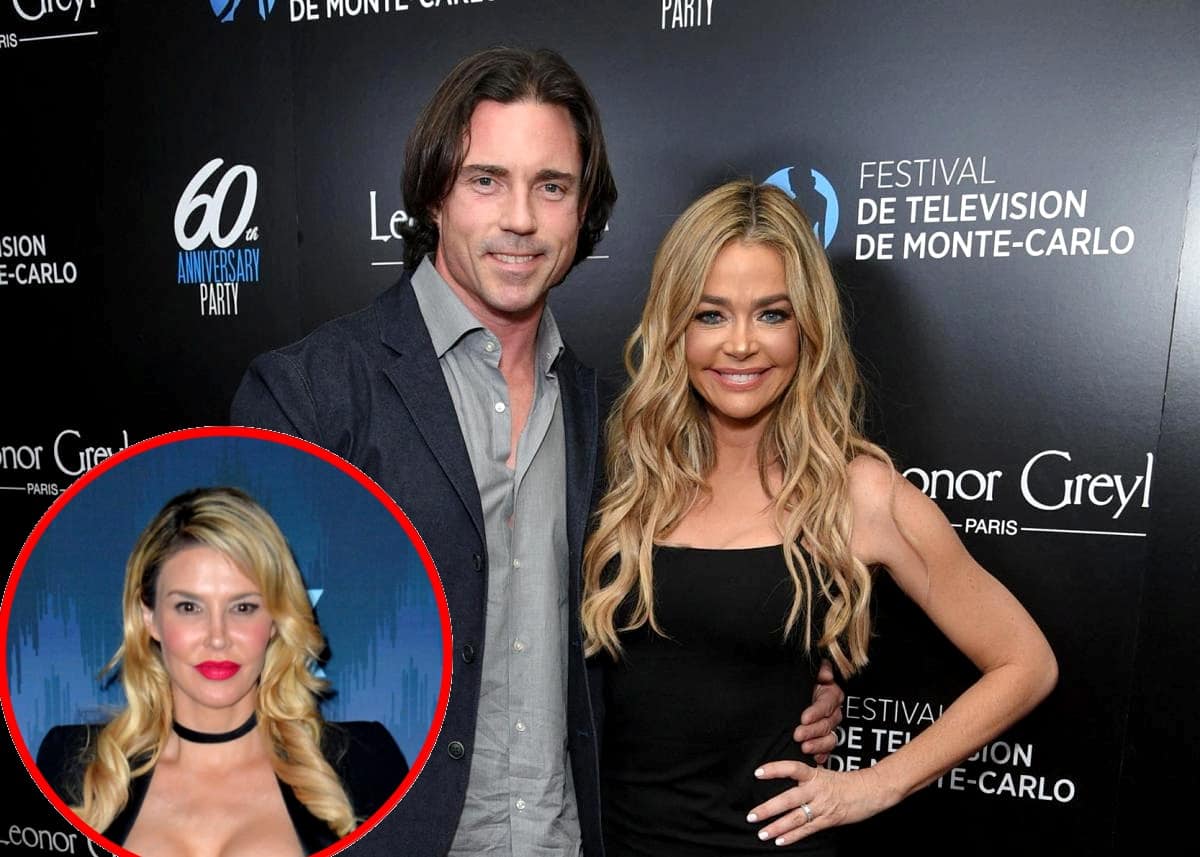 Denise Richards and Aaron Phypers have been putting up a united front in the weeks since Denise was accused having of a fling with her Real Housewives of Beverly Hills co-star, Brandi Glanville, but are things really okay between them?

Last week, Denise and Aaron, who tied the knot in September 2018 as cameras rolled for RHOBH season nine, were spotted having a reportedly “tense” lunch in a dark corner of the Carbon Beach Club restaurant in Malibu, California.

“There were five or six tables available outside on the patio overlooking the beach and ocean. It’s prime seating for everyone who goes there,” an onlooker revealed to the Daily Mail on February 12. “But they obviously wanted to be inside away from everyone. Aaron was doing most of the talking and Denise was giving him her full attention. They appeared to be having a serious conversation that continued later in his truck.”

During the lunch date, Denise and Aaron were dressed casual with Denise in a Guns N’ Roses T-shirt, an Aviator Nation sweatshirt, jeans, and sparkly sneakers. Aaron wore a gray T-shirt, jeans, and a pair of brown boots.

After their lunch outing, Denise and Aaron went to the bank and then to the post office.

According to the report, Denise and Aaron were in much better spirits just one night prior as they walked the red carpet together at the 60th Anniversary Party for the Monte Carlo TV Festival in West Hollywood.

In January, the Daily Mail spoke to an insider who claimed Denise and Brandi were involved in a sexual relationship until the middle of 2019. As the source explained, Denise allegedly told Brandi that she and Aaron had an “open marriage,” which Brandi later discovered was untrue.

During filming on the 10th season of RHOBH in Rome, Denise was reportedly confronted about the affair by her co-stars. Months later, Brandi alluded to the romance between them in a now-deleted Twitter post.

After Denise requested ideas for her season 10 tagline, Brandi had tweeted, “I might be married to a man but I’m still allowed to eat p***y.”

Although Brandi has hinted at her alleged affair with Denise on a number of occasions on Twitter, and she even suggested she’d been “Denised,” Denise told PEOPLE magazine last week that she wouldn’t be commenting on the rumors.

“I like stories to play out on the show. Because if everything plays out in the media, why have a show?” she noted.

The Real Housewives of Beverly Hills season 10 is expected to premiere sometime in the coming months.