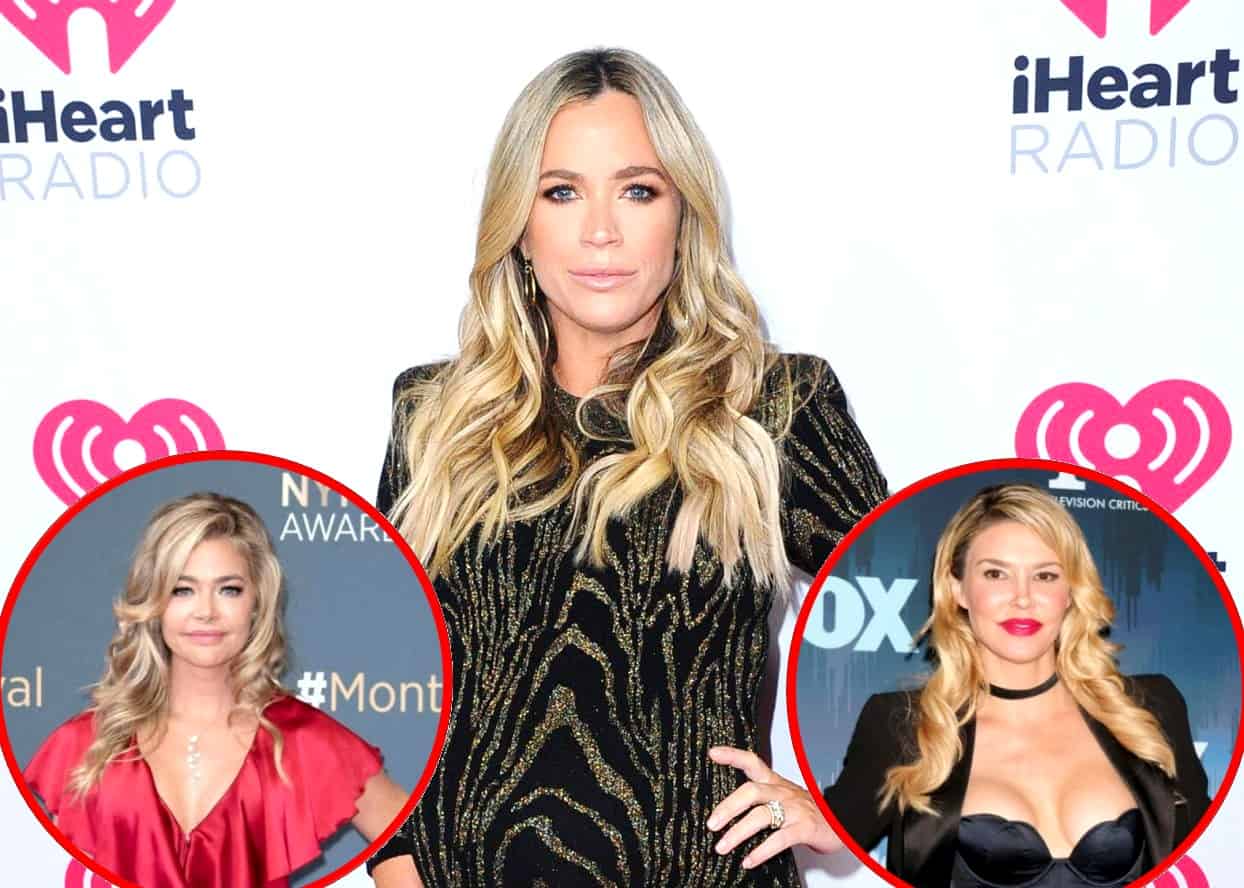 Real Housewives of Beverly Hills star Teddi Mellencamp is dishing on what’s really going on behind the potential affair that went on between Brandi Glanville and Denise Richards. Is there a piece of the story we’re missing?

Weeks after rumors began of an alleged affair between the former Beverly Hills housewife Brandi and actress-turned-reality star Denise, fans have been waiting on the edge of their seats for more details to emerge. And while Brandi has dropped little hints as to what went down in a slew of super-cryptic tweets, things still aren’t quite clear. But according to RHOBH star Teddi, there’s more to the story that fans aren’t privy to yet.

“I can’t really say anything, I wish it all would wait to come out on the show and organically happen,” the pregnant housewife reportedly dished to Hollywood Life on January 21.

Adding that what’s playing out on social media is only a “very small portion of what is going on,” the reality star explained, “I mean the biggest thing for me is that I never want to spoil part of the show or the experience for anyone, so I don’t want to comment too much…I want to let it actually play out so people see what happens.”

While fans may not know exactly what this drama entails, they’ve gotten more than a taste of it in recent weeks. After the opinionated Lisa Rinna called Denise out for not showing up to a cast party, rumors started flying as to why she wasn’t showing up to various RHOBH related events.

Then, after Brandi tweeted that she had been “Denised,” a source leaked that she and Denise, who’s married to Aaron Phypers, had actually had an affair, which Denise has since denied. According to Brandi, she was under the impression that Denise and Aaron had an open marriage when they may not have.

And just earlier this week, Brandi put out another cryptic tweet about the Denise rumors.

The Real Housewives of Beverly Hills season 10 is expected to premiere around March.