RHOBH’s Brandi Glanville Shares Cryptic Posts After Affair Allegations With Denise Richards, Plus Why She Still Struggles With Ex Eddie and LeAnn’s Relationship 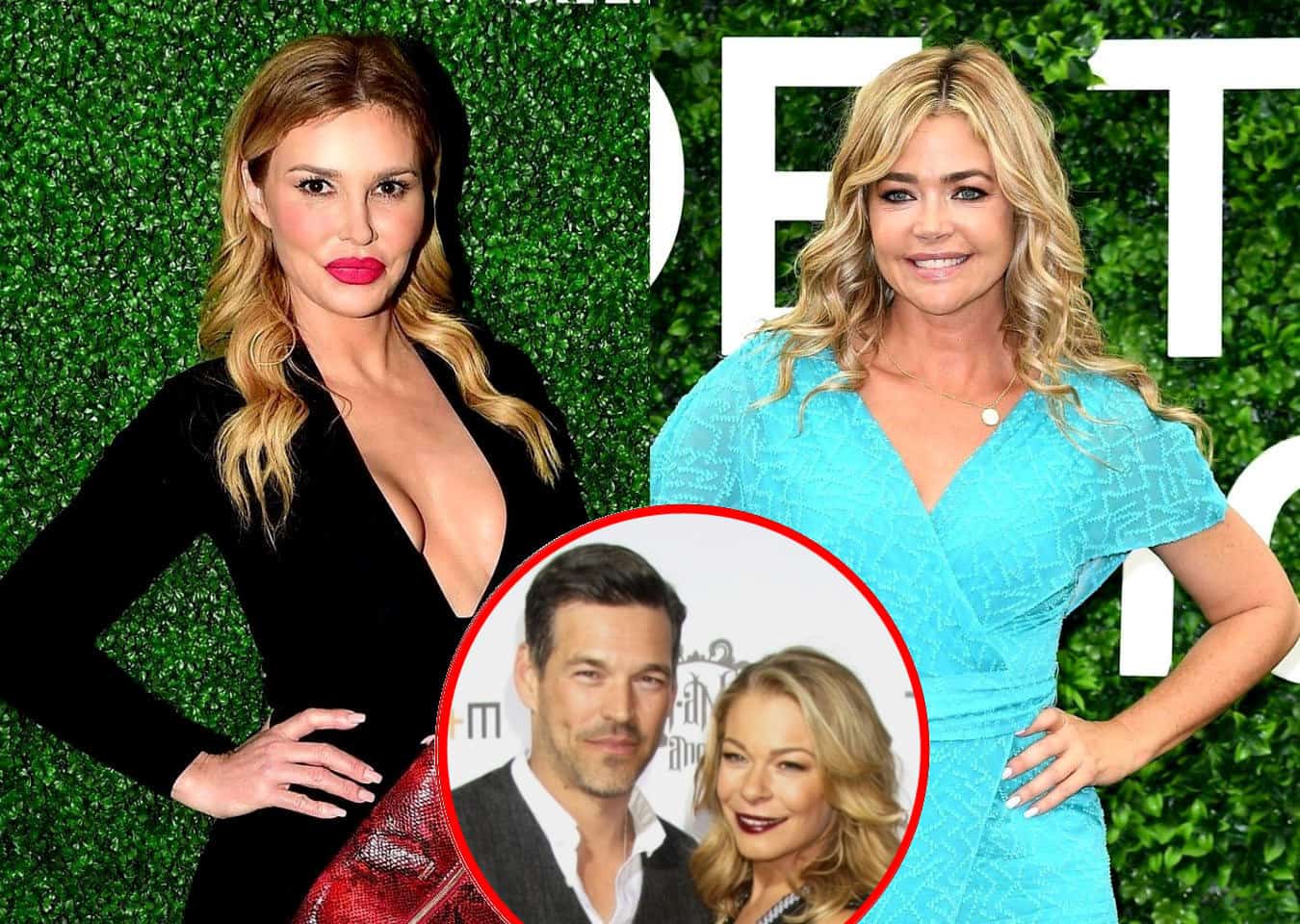 Former Real Housewives of Beverly Hills star Brandi Glanville is spitting out vague tweets on the heels of her rumored affair with Denise Richards. In other news, the reality star is still finding it difficult to co-parent with ex-husband Eddie Cibrian and his wife LeAnn Rimes. Is she part of the problem?

Bravo fans have been buzzing this week after rumors of an alleged affair between Brandi and Denise surfaced online, which Denise has denied. This news gives new meaning to Brandi’s many cryptic tweets, including one where she mentions getting “Denised.” And yet again, Brandi’s taking to the internet to say a mouthful without saying much at all.

On Wednesday night, Brandi reposted a clip from her YouTube series Drinking & Tweeting that originally aired in August, talking about how she thought Denise would get hired back for season 10 and insinuating she had some secret information about her.

“I would assume [Denise] is gonna be there, she had a great year,” Brandi said in the clip she reposted on Wednesday night. “I think that she showed her true self — part of it ‘cuz I might know a little bit more about that, but um, more to come.”

Check out my YouTube series #drinking&tweeting this a clip from August 2019 #JustSayin pic.twitter.com/15Hu4PM2Xp

Brandi also took the time to reference her drama with Denise — or at least it looks that way — in a clever way again on Twitter Thursday morning.

“When you want to respond but are not ‘allowed’ to…” the Bravo star wrote along with a picture of herself mocking being zen.

When you want to respond but are not “allowed” to… pic.twitter.com/PKl5cgMWYx

According to a report by the Daily Mail yesterday, Brandi was reportedly very upset with Denise because she was led to believe Denise had an open marriage with husband Aaron Phypers during their alleged trysts.

But alleged hook-ups aren’t the only drama in Brandi’s life these days. Since divorcing Eddie after finding out he was cheating on her with multiple women (one of which was Vanderpump Rules star Scheana Marie), Brandi has worked hard at maintaining a relationship with him and his now-wife, LeAnn, as they co-parent their two sons. And while Brandi has admitted they’ve been getting along as of late, she apparently still struggles with the way things are today.

While a source recently revealed to Hollywood Life that there wasn’t one single issue Brandi had with her estranged husband and his wife, they did say the reality star “still really struggles seeing eye to eye with them on a lot of things and communicating the way in which she feels is best.”

“[Brandi] does her best to put everything aside and put a smile on her face for the sake of her boys [Eddie and Brandi’s sons, Jake, 12, and Mason, 16], but it’s not easy for her,” the insider continued of Brandi and Eddie’s co-parenting relationship. “Despite time passing, it’s still really hard what she had to go through, and there’s still a lot of hurt and anger there even though everyone’s moved on. She didn’t like that they painted this picture of everything is great between them all because it’s not. They still struggle to co-parent and get along.”

Brandi recently threw some subtle shade at Eddie and LeAnn after posing with them and the kids for a picture this past Christmas.

However, Brandi quickly took to Twitter to clarify that she wasn’t actually invited to spend Christmas with Eddie and LeAnn. She simply posed for a quick pic upon picking up her boys from their house.