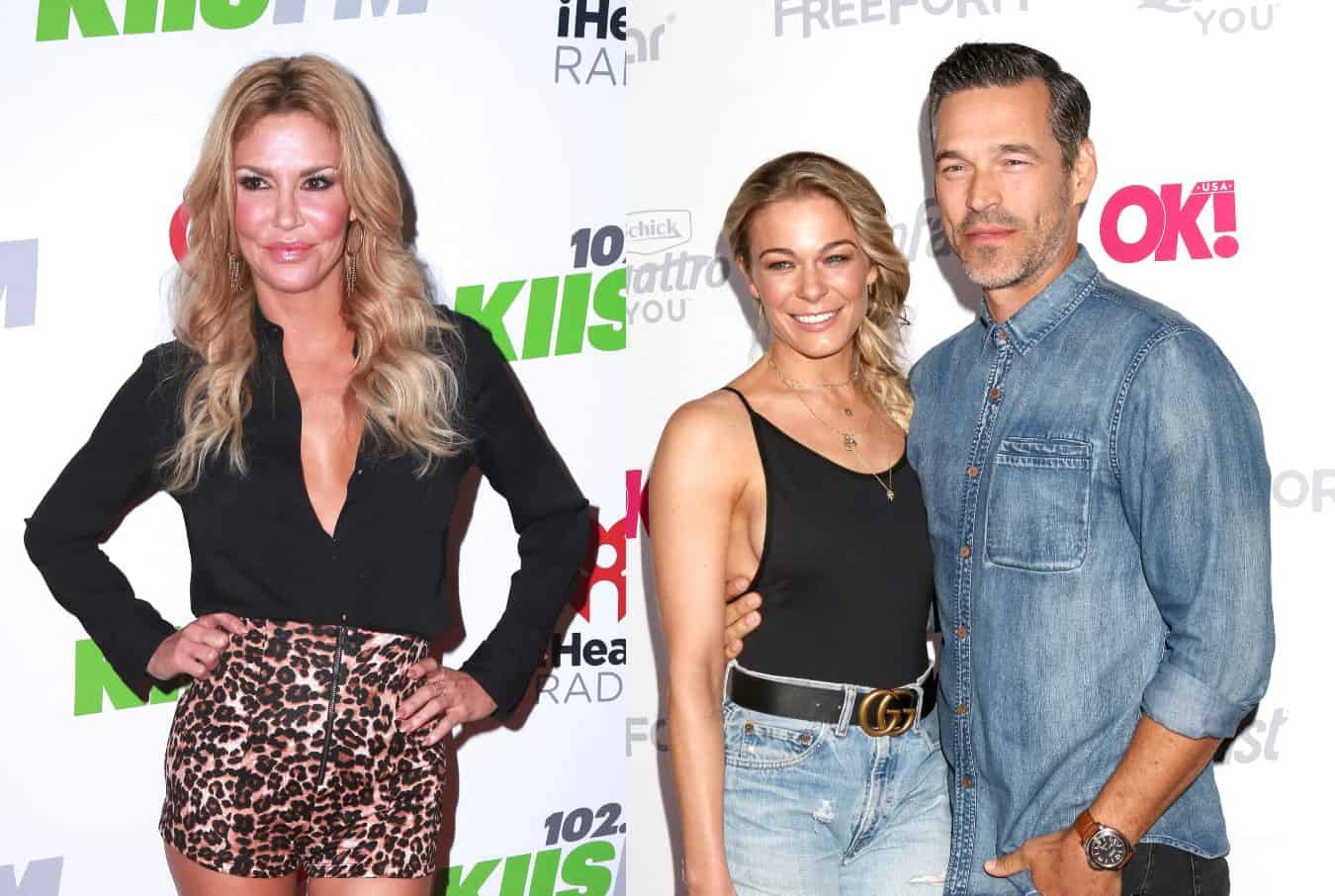 Brandi Glanville is setting the record straight about a Christmas photo she shared on Instagram on Wednesday.

After the Real Housewives of Beverly Hills star posted an image of herself and her sons seemingly celebrating the holidays with her ex-husband, Eddie Cibrian, and his wife, Leann Rimes, and labeled them a “modern family,” she took to Twitter, where she confirmed whether or not she was invited to Eddie and Leann’s festivities.

In the caption of the photo Brandi shared on Instagram on Christmas, she wished her fans and followers a “Merry Christmas” and said she and the group seen in the photo was a “modern family.” Meanwhile, on Leann’s Instagram page, she included the photo in a Christmas slideshow as she wished her online audience a “joy-full day.”

However, Brandi later took to Twitter where she appeared to throw some shade at her ex and his wife for not inviting her to celebrate Christmas with them.

“I just want to make this clear I did not spend Christmas Day with my ex, his wife & family,” she tweeted. “Had I been invited I would have. I was simply picking up the boys car still running in the driveway & asked to take a quick pic.”

After Brandi set the record straight, one fan suggested her caption was “misleading.”

“So you spent 2 seconds of Christmas Day with them. Talk about misleading,” the person stated.

“I spent 5 minutes while picking up my children that is it,” Brandi replied.

I spent 5 minutes while picking up my children that is it.

A short time later, another fan applauded Brandi for smiling and being nice to the entire family and said she was a good mom.

“I love everyone in that pic I just don’t want it getting twisted,” Brandi explained.

As RHOBH fans may recall, Brandi was also seen with her ex and his wife earlier this year during an Easter celebration in Malibu, California. At the time, Leann sparked a bit of drama on Instagram when she shared an “awkward” photo of the three of them with Brandi and Eddie’s two sons, Mason and Jake, before confirming that her mention of the word “awkward” was in regard to the way they were standing, not their relationships with one another.

Eddie and Leann tied the knot in 2011, two years after engaging in a very public affair that prompted a years-long feud between Leann and Brandi.

The Real Housewives of Beverly Hills season 10 will air on Bravo sometime next year.