Brandi Glanville Talks Ups and Downs of Co-parenting With Ex Eddie Cibrian and LeAnne Rimes, Plus She Weighs in on Lisa Vanderpump’s RHOBH Exit 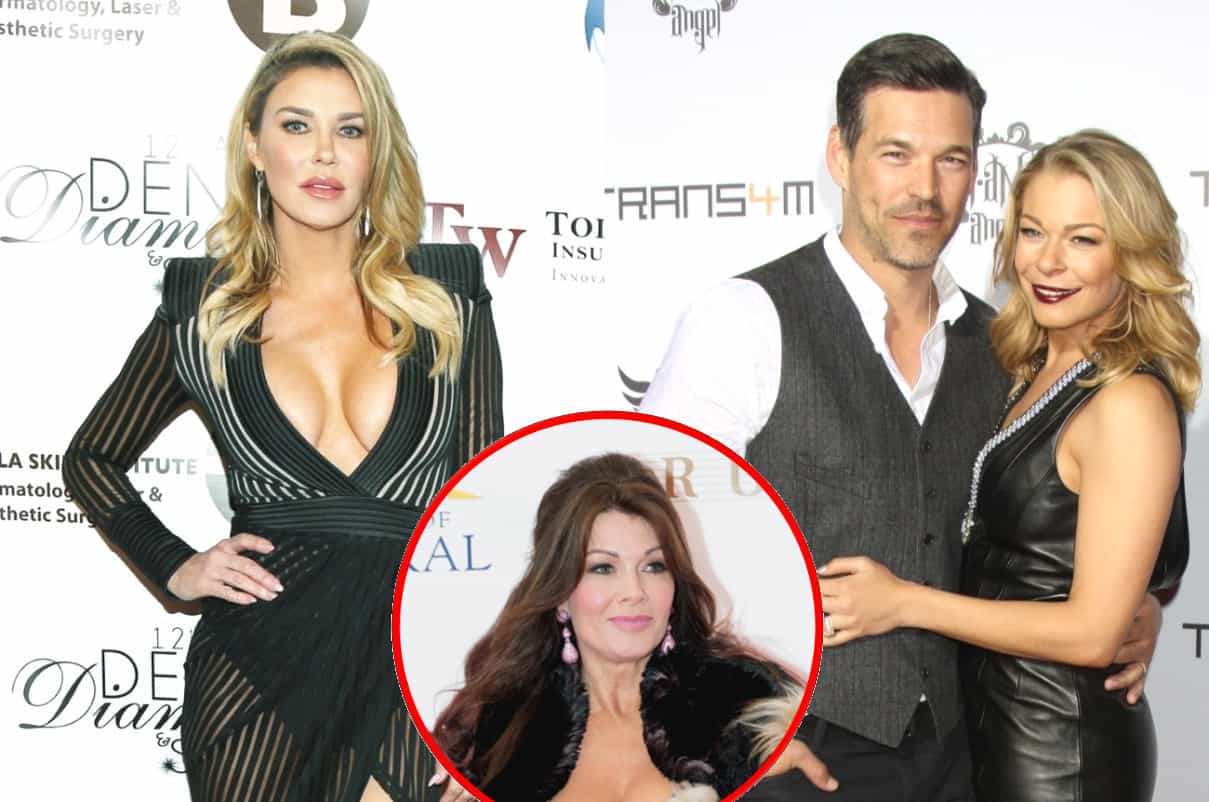 Former Real Housewives of Beverly Hills star Brandi Glanville explains what it’s really like to raise her two young sons with her ex-husband Eddie Cibrian and his wife, LeAnn Rimes. Plus, does she agree with Lisa Vanderpump‘s decision to leave the show?

While fans have witnessed the former Beverly Hills housewife struggle to get along with her ex-husband and his country-star wife over the years, these days, Brandi is quick to admit that when it comes to co-parenting, things are running pretty smoothly. But she also admits it wasn’t always that way.

“I don’t know how we did it, all three of us, LeAnn, Eddie and myself,” Brandi explained in an interview with Entertainment Tonight regarding jointly raising their sons, Mason, 16, and Jake, 12. “We — that’s a big thing for me to say, we. We have amazing children, Mason’s 6’4,” he’s 16, gorgeous. Jake’s gorgeous and he knows it! But they’re so smart, they’re kind, they’re good people.”

However, while the waters may appear to be calm these days, Brandi is the first to admit that co-parenting two teen boys isn’t always smooth sailing.

“I mean, it comes and goes,” the mother-of-two dished. “We’ll have a fight one week, and then we won’t. But that comes with parenting two almost teenagers, [well] one teenager and one almost teenager.”

As fans likely remember, Brandi discovered her husband had been having an affair with LeAnn (along with a string of other women in the past, including Vanderpump Rules‘ Sheena Marie). But after years of struggling to get along following their messy divorce, the exes have managed to find somewhat of a sweet spot when it comes to raising their two boys.

Just last Easter, Eddie, LeAnn, Brandi, and the boys took a picture together, proving that they were working hard to make things work.

While fans never would’ve guessed that Brandi could muster up anything nice to say about her husband and his current wife, she’s managed to slowly change her tune. But can the same be said for her former friendship with Lisa Vanderpump?

Surprisingly, in a separate interview with Entertainment Tonight, the no-nonsense reality star had nothing but nice things to say about her former costar.

“I think that [Lisa] has so much going on herself, she doesn’t really fit in with the girls anymore,” Brandi said after being asked what she thought about Lisa’s sudden exit from the show. “She’s not getting in a bikini and jumping off cliffs. She’s at the next chapter, and she has everything.”

And Brandi’s right. Lisa has been keeping busy, considering she runs a slew of successful restaurants including SUR, Tom Tom, and the brand new Vanderpump Cocktail Garden in Las Vegas.

As RHOBH fans can recall, Lisa and Brandi had a major falling out on the show and have continued to throw jabs at each other over the years both on and off-screen. But if Brandi’s able to say a kind word or two about Lisa, there’s a good chance viewers may catch a flying pig or two outside their windows in the near future.