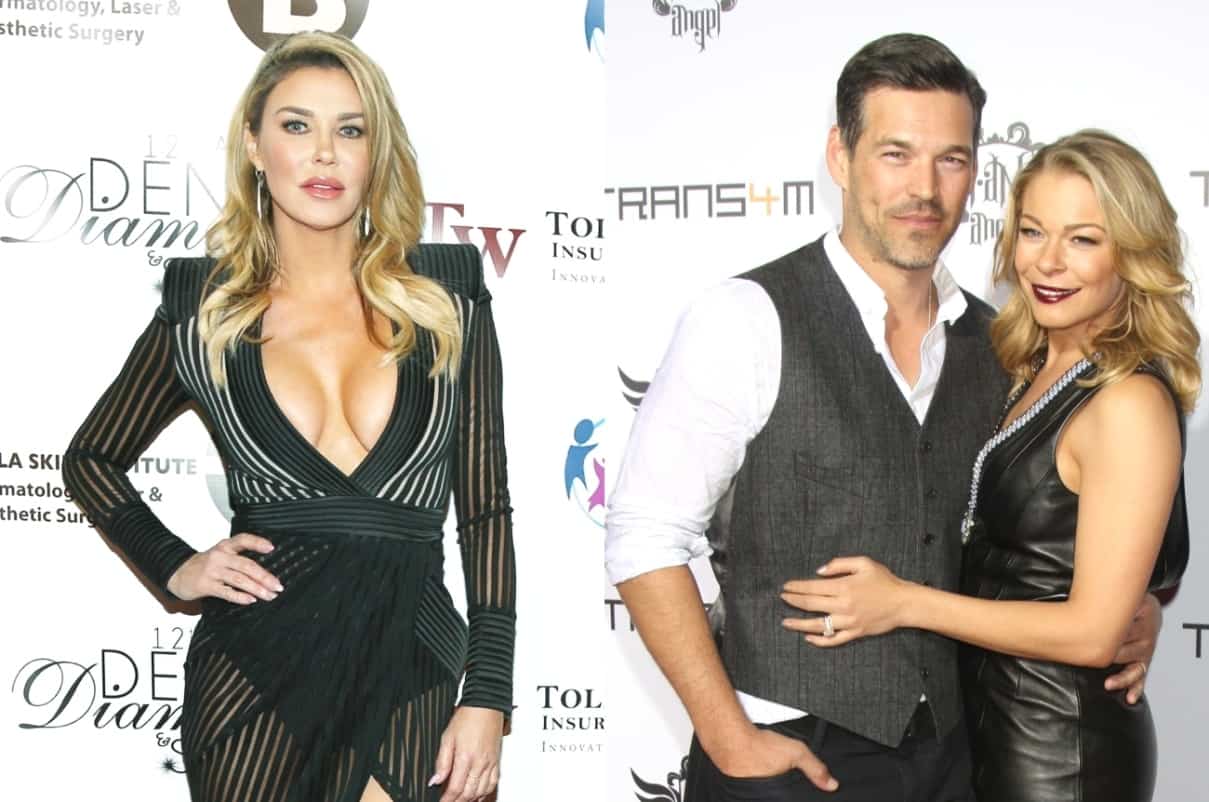 Time really must heal all wounds.

After nearly a decade of feuding over Eddie Cibrian‘s past affair with his now-wife LeAnn Rimes, the actor and his former wife, Real Housewives of Beverly Hills star Brandi Glanville, appeared to be on good terms as they celebrated Easter as a family in Malibu, California over the weekend.

“Happy Easter hanging with the fam in the Bu, I can’t believe how much Jake looks like his dad!!!” Brandi gushed in a post shared on April 21.

As fans well know, Brandi was married to Eddie for nine years before a couple of his affairs were made public.

In addition to Brandi’s post, Eddie’s wife, who was one of his two mistresses (the other was Vanderpump Rules star Scheana Marie), shared a photo of her own and in the caption, she admitted the group was “awkward.” However, as she later clarified, it was only their stance that felt strange.

“Happy Easter Loves! Our awkward family Easter ? photo/Christmas card?! Lol,” she wrote in the caption of her family photo. “Today has been a wonderful day. Many blessings to your family from all of us! #easter #happyeaster #easter2019 #family #ifyoudonthavesomethingnicetosaypleasemoveon.”

LeAnn then added that the awkwardness she was referring to was in regard to the way they were standing, not that she and Brandi were together. That, she explained, was “not awkward at all.”

Brandi’s happy family Easter comes on the heels of a shocking night out between the reality star and her girlfriends, during which Brandi was admittedly impacted by her friends’ picture-perfect lives.

Following the release of a number of embarrassing photos, Brandi took to Instagram to explain her wild evening of drinking.

“For those of you that want to judge me, you can, all you want, but I’m telling you I’m embarrassed,” she said, through tears. “Sometimes, you know, you see your friends with their perfect husbands, and they get to have their kids full-time, and, you know, I don’t have that… There is a worry that I’m gonna grow old alone. And I know I embarrass my kids. I’m not perfect. That’s all I gotta say.”