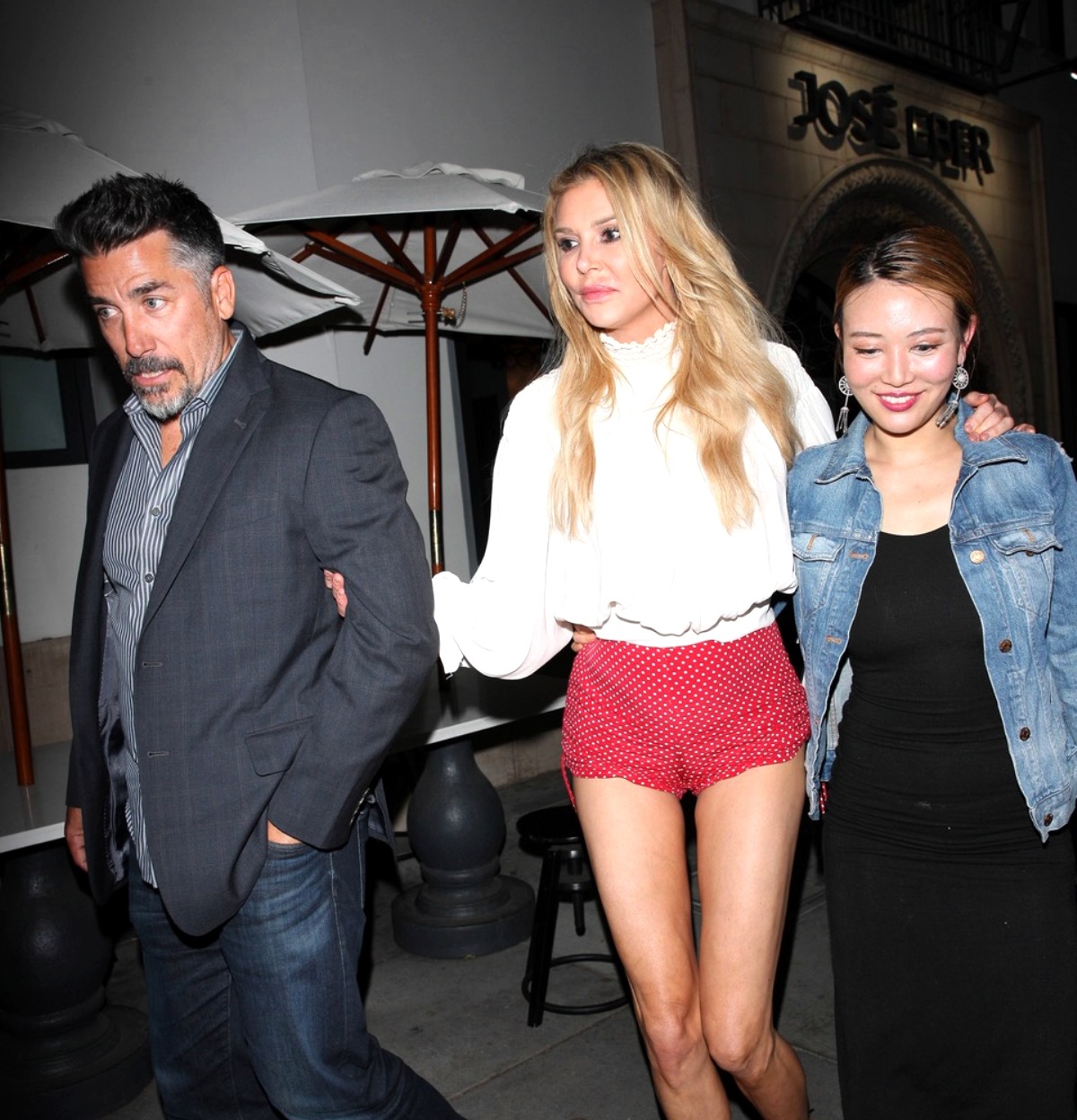 Brandi Glanville is expressing remorse after shocking photos of her stumbling out of a restaurant were published this weekend.

The Real Housewives of Beverly Hills cast member is admitting she is “sad and ashamed” after she had to be held up by friends following dinner at the popular hot spot, Mr. Chow restaurant, on April 13 in Beverly Hills.

Brandi, 47, was snapped in a white top and a white and red polka dot shorts. 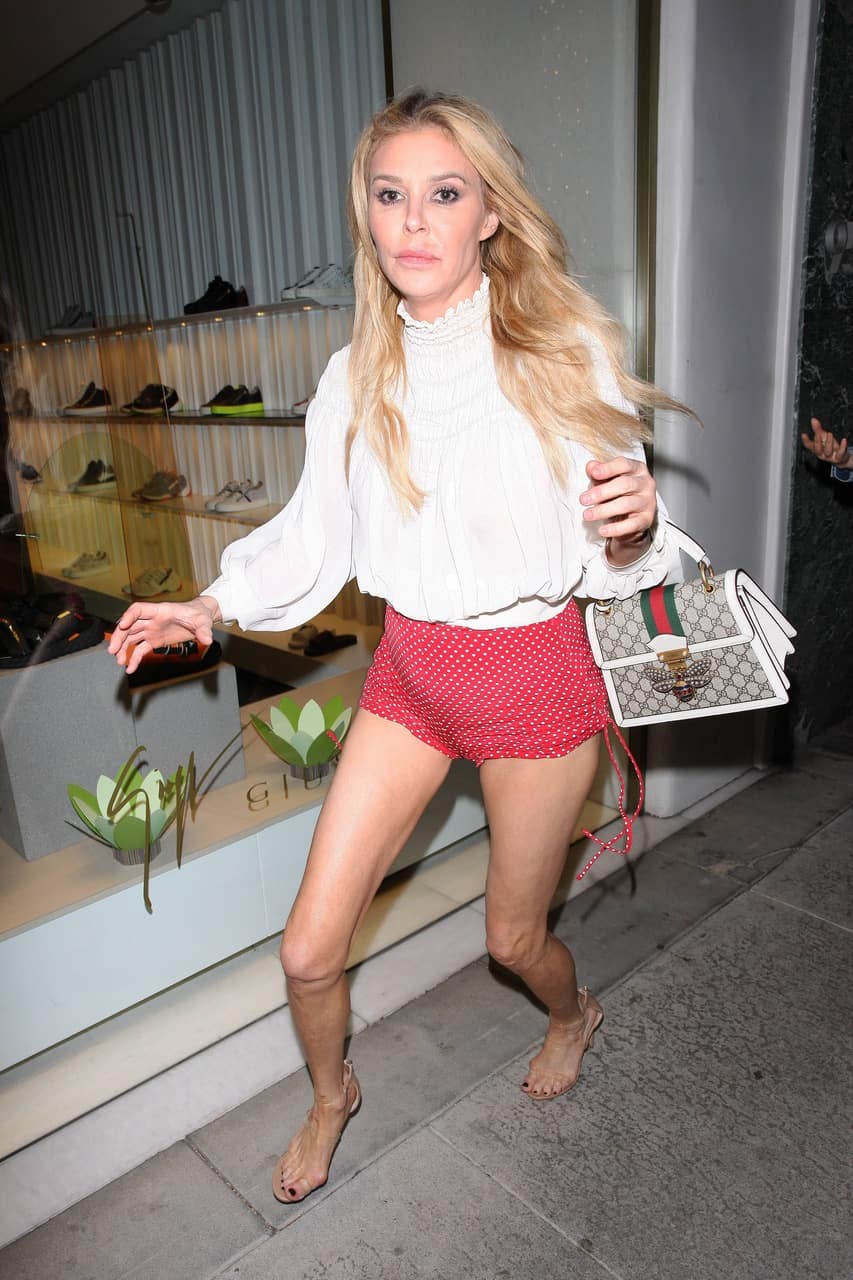 Brandi Glanville is photographed stumbling out of a restaurant on April 13 after dinner with some friends. Credit: Mega Agency

The photo agency reveals Brandi spent three hours inside the restaurant with her friends, and upon leaving, she leaned against a wall for a few minutes to relax after getting tired from walking to her car. 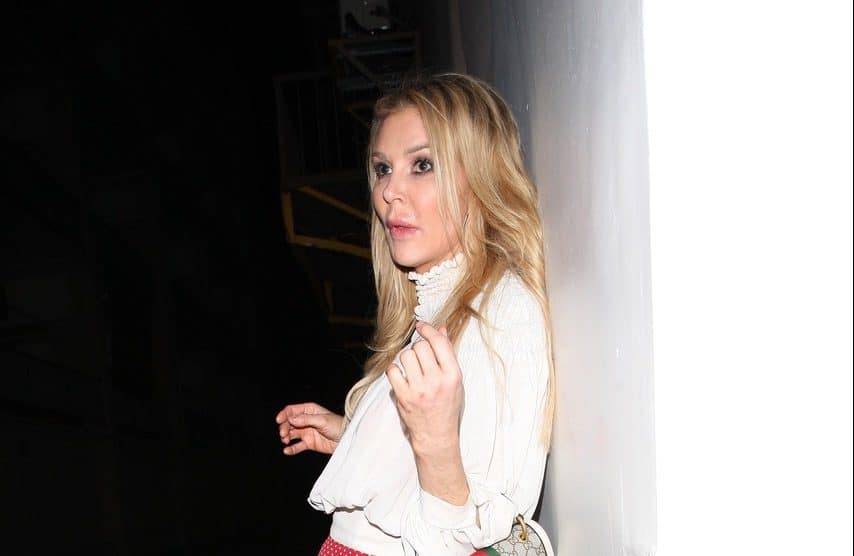 Brandi Glanville leans against a wall while walking to her car. Credit: Mega Agency

As the photos started circulating online, Brandi took to her Twitter page to explain the pictures after some of her fans started showing concern.

“I’ve been VERY open about Suffering from depression and having recently switched antidepressants,” wrote Brandi on Twitter. “So please please stop these negative comments unless you really just want to send me over the f–king edge. I’m sad and ashamed isn’t that enough?” 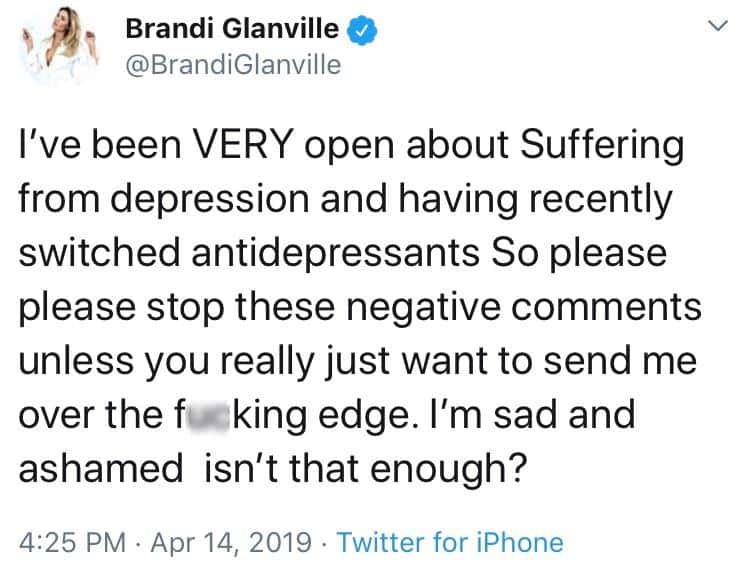 She later added that she owes no one an explanation except her loved ones.

“Sorry for my tweet I just realized the only people I owe explanations to are my family. I’m not 25 my body isn’t perfect and I got wasted I’m sure it’s happened to plenty of you however you don’t have people taking your picture and putting on the internet,” added Brandi. 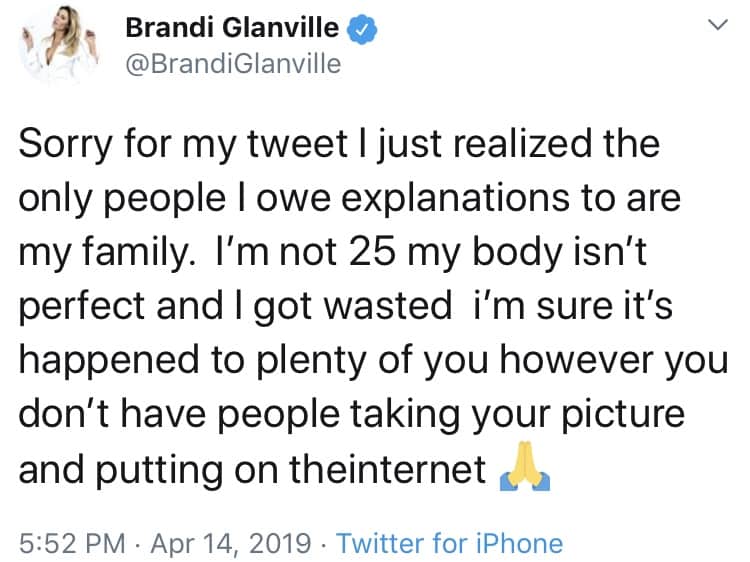 Before the paparazzi photographs were snapped, Brandi shared a photo on her Instagram page with the caption: “Before shots.”

Brandi, who will be returning to the RHOBH this season for a cameo appearance, made headlines last month after she spoke out on TV host Wendy Williams‘ substance abuse issues. During an episode of her Brandi Glanville Unfiltered podcast, she discussed an encounter she once had with Wendy, who she referred to as being “very sloppy” and a “mess.”

The RHOBH airs Tuesdays nights on Bravo at 9/8c.

In this article:Brandi Glanville, Real Housewives of Beverly Hills, RHOBH