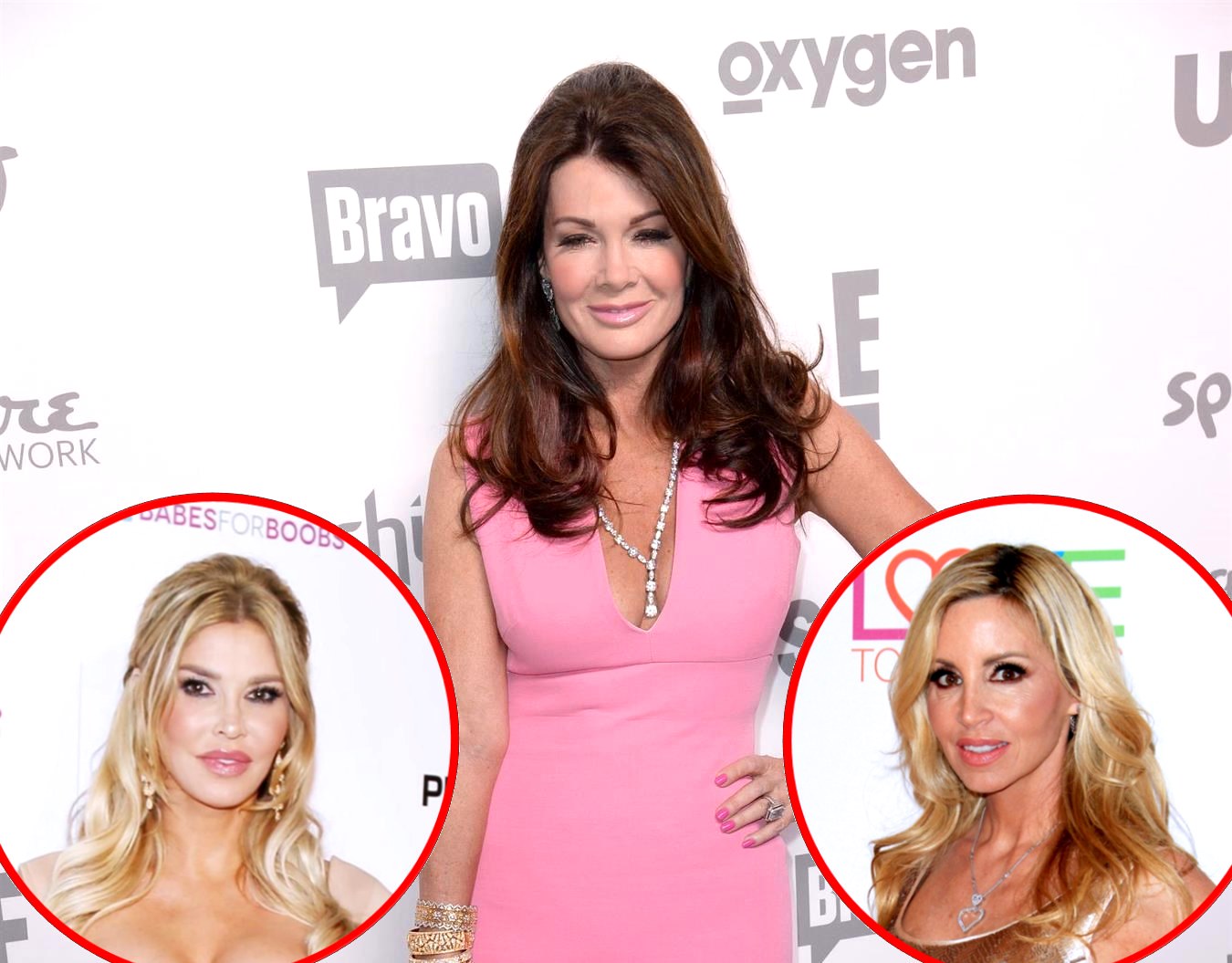 Lisa Vanderpump is fighting back after Brandi Glanville accused her of creating a script for Camille Grammer to deliver at the Real Housewives of Beverly Hills season nine reunion. Brandi also claimed Lisa was keeping her from returning to the show next season.

After Brandi said on her podcast that Camille went into the taping “with bullet points she had to get out,” Lisa took to her Twitter page, where she addressed the comment and shared surprising thoughts about Brandi’s potential return to the series.

“First, [Camille Grammer] speaks for herself, we have seen that. Secondly, I don’t give a damn if [Brandi Glanville] joins #RHOBH. In fact, I think she SHOULD join THIS cast, as she would fit in perfectly,” she tweeted. 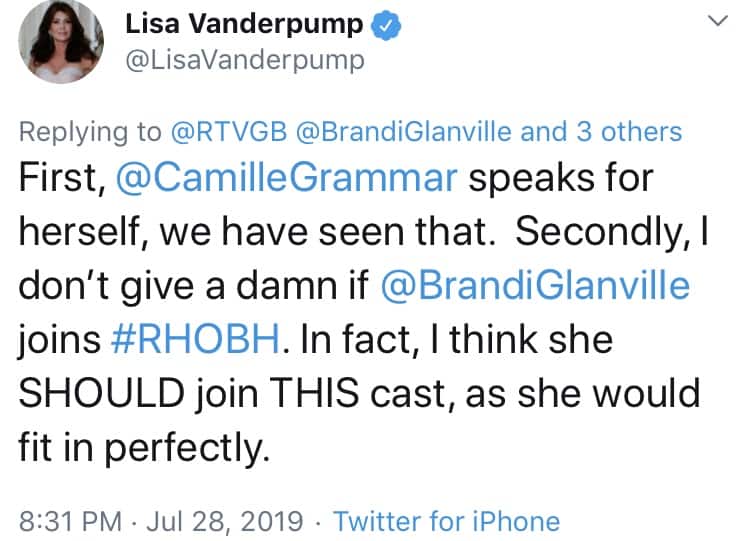 Although Lisa is totally on board with Brandi returning to the show, Brandi said on her podcast that while she has been in talks to return to the show in the past, she was recently informed that a comeback is no longer possible.

“I talked to Alex Baskin, one of the main producers… and he said it’s not going to happen. We can’t do that to Lisa… He was like there is no way we can replace Lisa with you,” she shared.

According to Brandi, producers of the RHOBH don’t want to alienate Lisa due to the success of her other show, Vanderpump Rules.

In another tweet, Lisa responded to a fan who mentioned the fact that she had shown love to Kyle Richards, Teddi Mellencamp, and Dorit Kemsley before all three of the women began publicly trashing her.