Home Real Housewives of Beverly Hills News REPORT: RHOBH’s Kyle Richards and Brandi Glanville Are Friends Again Thanks to Lisa Vanderpump ‘Bringing Them Back Together,’ Plus Will Brandi Return to Show Full-time?

REPORT: RHOBH’s Kyle Richards and Brandi Glanville Are Friends Again Thanks to Lisa Vanderpump ‘Bringing Them Back Together,’ Plus Will Brandi Return to Show Full-time? 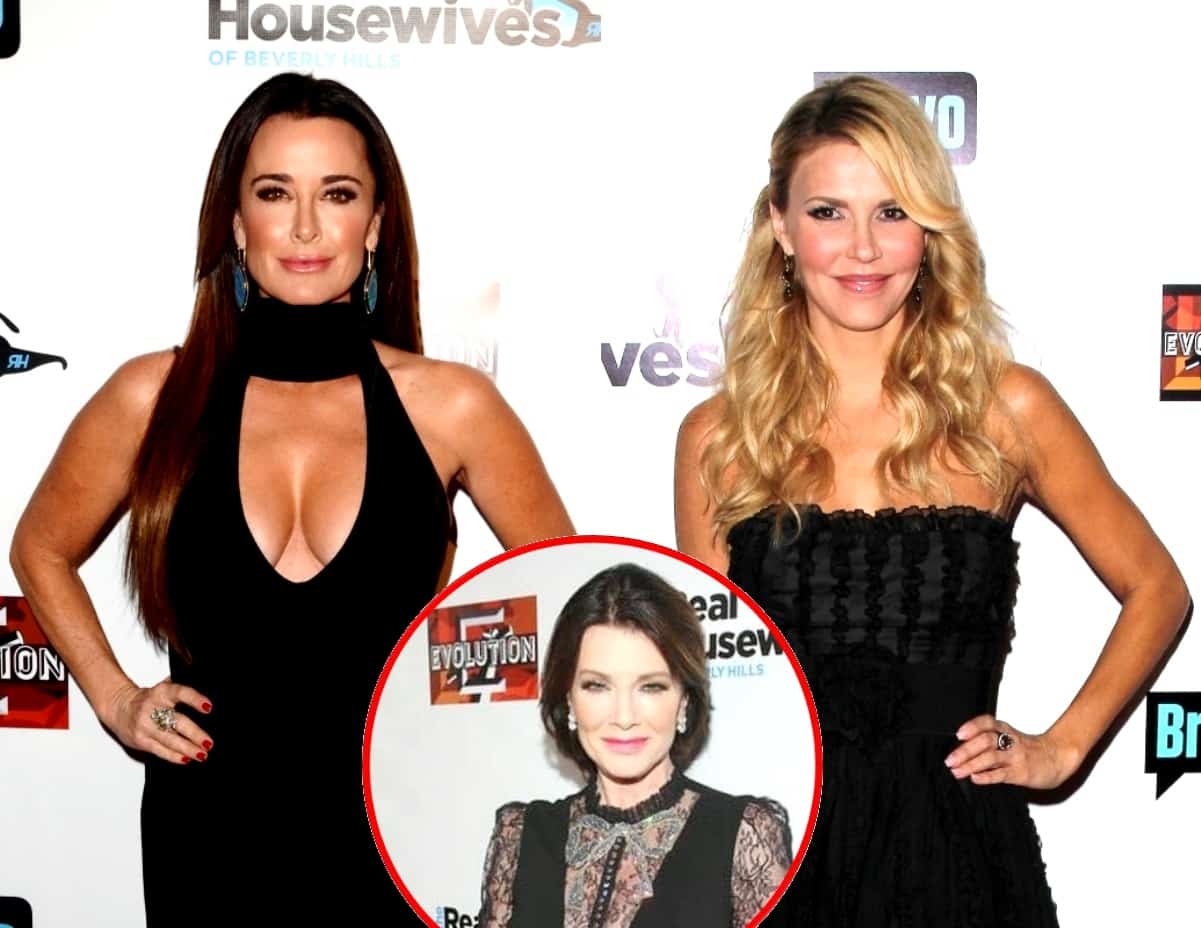 Kyle Richards and Brandi Glanville have reportedly reconciled their friendship.

After feuding for years on The Real Housewives of Beverly Hills, even physically during one particular episode, the ladies have decided to put their differences aside and it’s all said to be thanks to their co-star, Lisa Vanderpump.

“Brandi Glanville and Kyle Richards are happy to be friends again and Lisa Vanderpump is the reason why,” a source close to the show shared with Hollywood Life. “The two ladies recently reconnected and put their beef aside after Kyle stopped speaking to Lisa.”

During Tuesday night’s episode of the show, Brandi publicly slammed Lisa and her husband, Ken Todd, on Twitter for the way they treated Kyle but before she did, she offered an olive branch to Kyle.

“Brandi actually reached out to Kyle and they recently started following one another on social media again,” the source revealed. “They’ve spoken a few times about Lisa and this season of RHOBH and they now laugh at the fact they haven’t spoken for all of these years, so they thank Lisa for bringing them back together.”

As for whether or not Brandi will return to The Real Housewives of Beverly Hills full-time, the insider said she would love to rejoin the show if asked. That said, Lisa has made it clear on a number of occasions that she will never again film with Brandi.

“Both Brandi and Kyle are aware of how them being friends would make Lisa feel, but they could care less. They both feel that Lisa has done them wrong and neither would ever be friends with Lisa again. They feel wronged by her one too many times,” the source added.