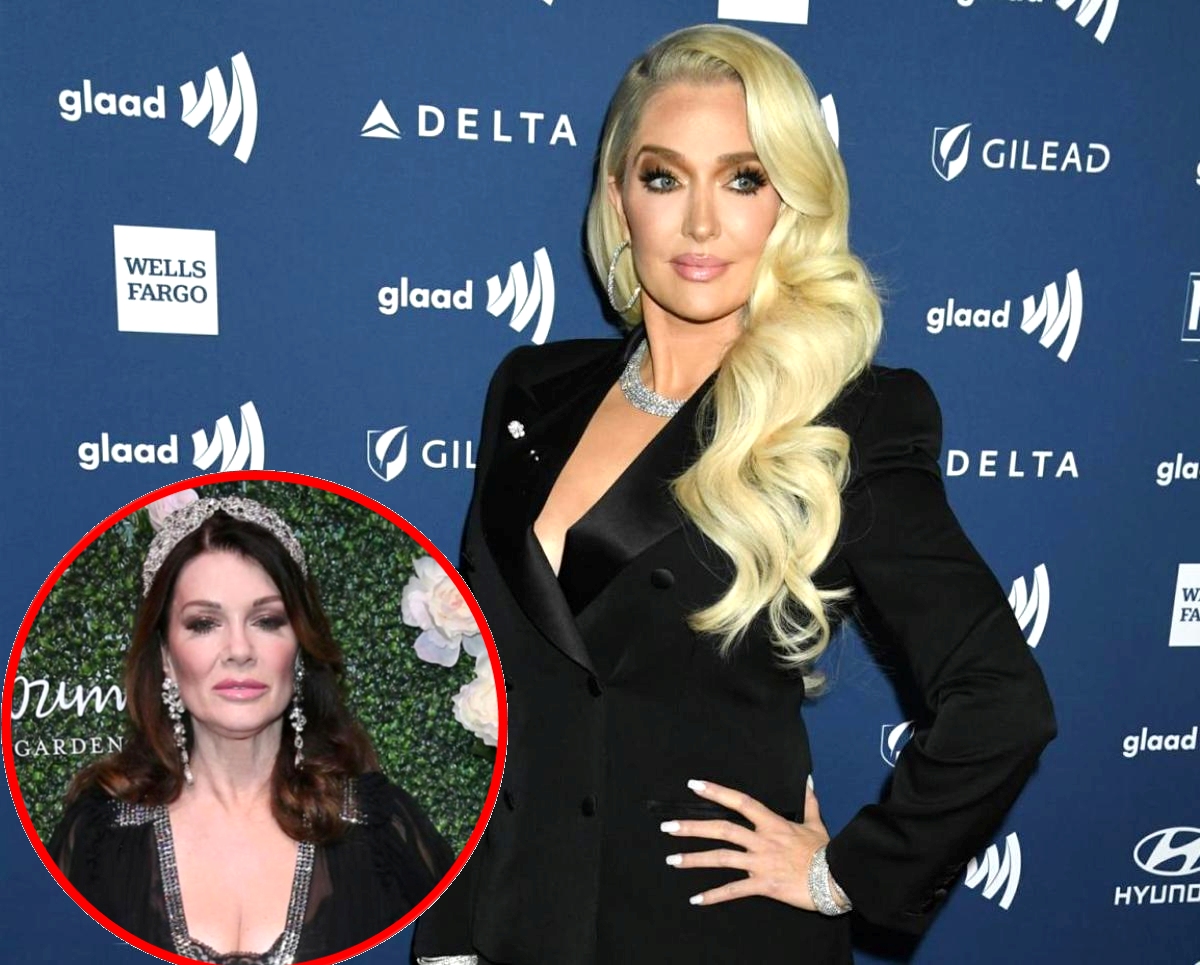 Erika Jayne is slamming Lisa Vanderpump for the Puppy Gate setup and suggesting The Real Housewives of Beverly Hills would be much better without her.

After watching the fight between Lisa and Kyle Richards play out on Tuesday night’s new episode, Erika responded to a fan who accused her of being the one who set Lisa up.

“Erika YOU set LVP up!” a viewer tweeted to Erika after watching the show.

“No, she did that all by herself,” Erika replied. “I’m just a witness to the bullsh*t and get paid to comment on it. Unlike you…”

No, she did that all by herself. I’m just a witness to the bullshit and get paid to comment on it. Unlike you… https://t.co/q92ENttPXT

Erika also shared a tweet in which she agreed with former star Brandi Glanville, who told fans she would have been “swinging” at Lisa and her husband, Ken Todd, for the way in which they got Kyle’s face during Tuesday’s show.

“All I have to say is both Lvp & Ken lost their f**king minds tonight physically getting in Kyles face !!!” Brandi wrote. “I wound have been swinging #not ok #disgusting.”

In addition to her tweets, Erika spoke to E! News about what is to come on The Real Housewives of Beverly Hills and told the outlet that filming the show without Lisa was “lighter” and “more fun.”

“It was a lot about this dog and then the dog is going to be over soon and then we’re going to get down to having some fun,” Erika revealed. “We are on our way to France. We’re taking all kinds of fun trips. We’re camping.”

As for how it was filming without Lisa, Erika said, “You know, it turned into a lighter, more fun, a little bit less serious tone… without all the drama.”

Lisa stopped filming with her co-stars midway through the season after being accused of leaking a negative story about Dorit Kemsley in which Dorit was accused of abandoning a dog she adopted from Vanderpump Dogs.