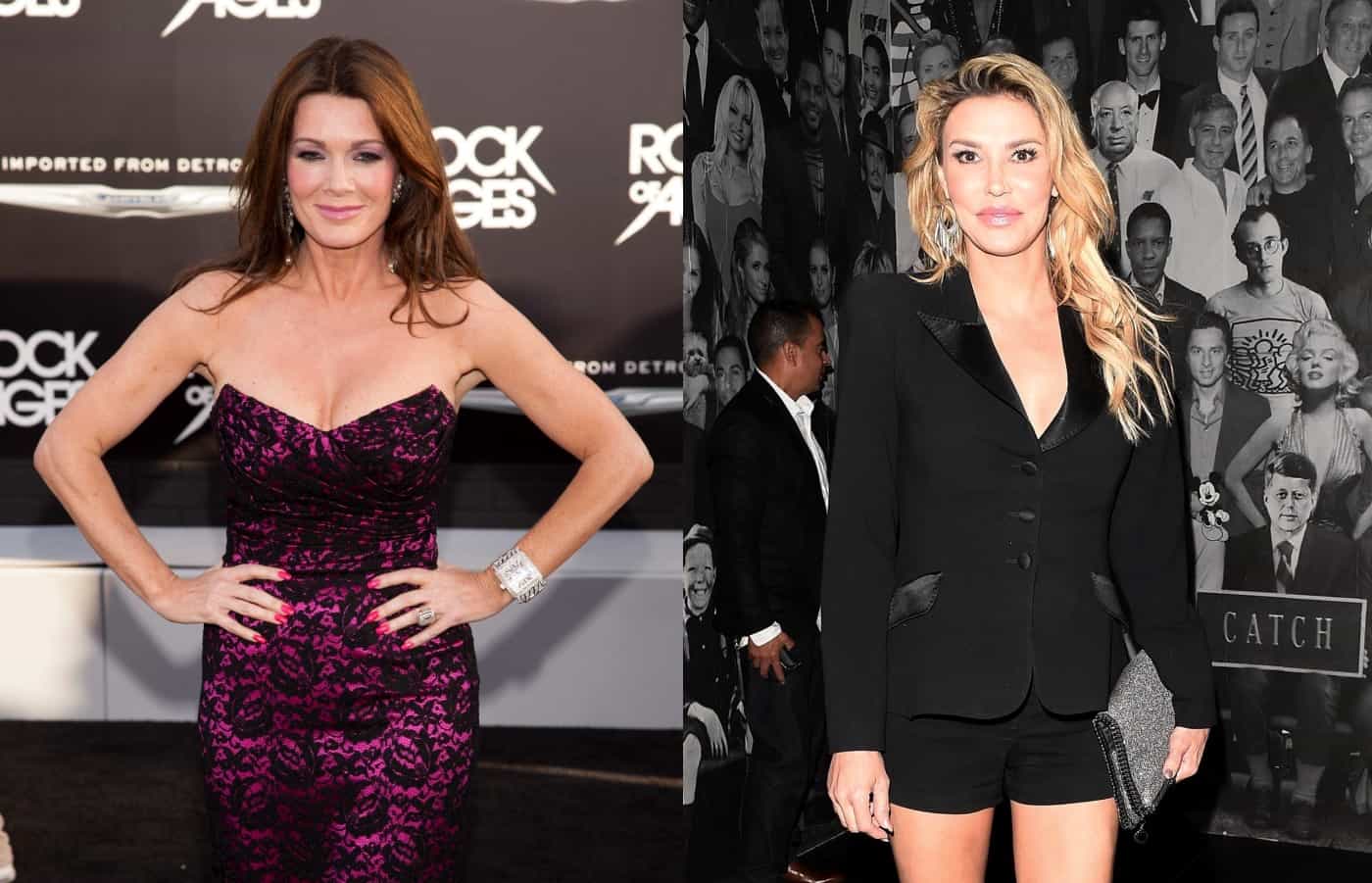 Lisa Vanderpump may be estranged from her Real Housewives of Beverly Hills co-stars at the moment, but when it comes to the housewife she’d never make amends with, Lisa admitted it was Brandi Glanville and explained why. Following Lisa’s admission, Brandi took to Twitter to respond!

During last night’s episode of Watch What Happens Live with Andy Cohen, Lisa was asked which housewife she’d “never” be friends with again by a curious caller.

“Out of all the seasons you’ve been on the [Real Housewives of Beverly Hills], who can you not see being friends with again: Brandi Glanville or Lisa Rinna?” the fan asked.

“Never is a big word, but Brandi Glanville,” Lisa replied.

Although Lisa isn’t interested in rekindling her friendship with Brandi, she told Andy that she has “no problem” with the friendship being shared between Brandi and newcomer Denise Richards.

“Oh, I’m okay with that. That’s up to them, you know,” she explained to Andy. “Everybody finds their own friendships. I have no problem with that whatsoever.”

As fans may have seen from the sneak peek of the upcoming ninth season of The Real Housewives of Beverly Hills, Brandi filmed scenes for the show with Denise on at least one occasion after being fired from her full-time role after season five.

After learning what Lisa had said, Brandi took to Twitter with some thoughts.

“What is it that I did that was so much worse than the others? Don’t say Vanderc**t cuz I called you that when we were still friends,” she wrote to Lisa.

@Andy @BravoWWHL what is it that I did that was so much worse than the others? Don’t say Vandercunt cuz I called you that when we were still friends

During the live WWHL broadcast, Andy read Brandi’s tweet to Lisa, who then gave more specific reasons on why she will never reconcile with Brandi.

“Oh, nothing apart from slapping me around the face. That was the first,” answered Lisa.

Lisa later threw some shade adding: “But it’s nice to hear that she’s watching me. Let it go babe. Let it go.”

Brandi then addressed the moment in which she was seen slapping Lisa on the cheek during a dinner cruise in Amsterdam several seasons ago.

“That was a love tap I never meant to physically hurt you it was ‘puppy play,'” she insisted.

Just last month, Brandi spoke to Us Weekly about her own thoughts on her relationship with Lisa and revealed she had actually reached out to her in May 2017, following the tragic death of Lisa’s brother, Mark Vanderpump. However, there was no response from Lisa.

While there isn’t much hope for a reunion between Lisa and Brandi, Lisa seemingly confirmed she is open to making amends with Lisa Rinna, despite the drama they’ve been facing over the past several months.