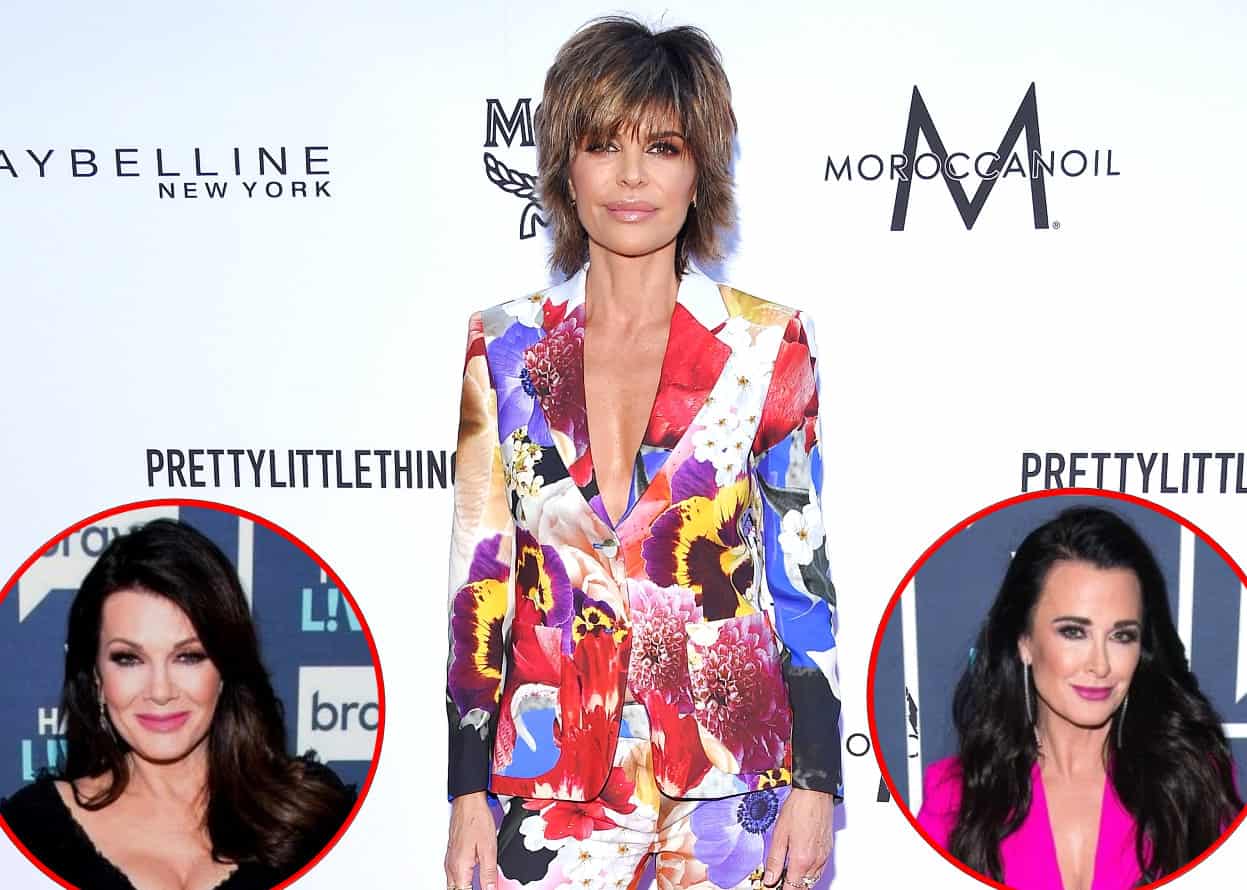 Oh boy, where do I start with this?

You know how some people go to their jobs and play Candy Crush all day long while earning a paycheck? Well, Lisa Rinna is admitting she did just that on this season of the Real Housewives of Beverly Hills.

And it gets even better as she made this admission during an appearance on her boss Andy Cohen’s Sirius XM radio show this week!

Many have called this season of the RHOBH pretty lackluster, something I strongly agree with, and some have also noticed that Rinna was pretty much non-existent all season. In all my years of watching the Real Housewives, I don’t think I’ve ever seen a housewife have practically no story-line all while staying clear of all drama. Lisa was pretty much an extra this year and spent the season promoting her daughters’ modeling careers and laughing at her own jokes of course!

During an appearance on Andy Cohen Live on April 9, Andy asked Lisa if she purposely made an effort to take a backseat this season. Lisa’s response? Heck yes, I did! She says after years of carrying the show, she felt it was time for the OGs – Lisa Vanderpump and Kyle Richards to earn their paychecks. Wowzers!

“I made a concerted effort to let those other girls who are making the most money f–king show up and do the work,” said Rinna. “I carried that show, or I did a lot of the work for three years.”

“Of course I [got my hands dirty]. I was not afraid to get in there and do what needed to be done. This year, I said I’m moving on,” explained Rinna. “I never planned anything. I just came at it as ‘listen, I’m going to move on with Dorit [Kemsley]. If Dorit wants to move on with me, great. If not, I’m moving on.’ That was my way of facing this season. And I was like let those other girls do the work. They’re making more money.”

By those other girls, she means Lisa and Kyle who she stated “make the most” money on the show. Andy seemed to agree with that statement as well. “The housewives is a show that the longer you’re on it, the more you make is the bottom line,” said Andy.

Rinna continued, “This is what I think happens on the show. People step out. They get their hands dirty. It happened to Camille [Grammer]. It happened to Kyle, and it’s happened to Lisa. They back off and go, ‘you know what, I got burned and I’m not doing it.”

Rinna then acknowledges this season was a bit lacking in the drama department, saying the only thing that happened was a “ridiculous” fight between Lisa, Kyle, and Dorit.

“Nothing happened this year except for stupid f–king petty bullsh–t. The truth was I didn’t care. There was nothing to react to,” she said. “You girls are ridiculous. If someone really came to me with something that was meaningful, I’d go there. But I’m not going to get my hands dirty over something as ridiculous as three girls trying to be friends and they’re jealous of each other? I say bring me some meat, and I will chew it and spit it out.”

Finally, Lisa also revealed that she feels it’s time for some new blood on the show. Out with the old blood, in with the new!

She stated she is friends with actress Heather Locklear and thinks “it would be great” to have Heather join the cast.

“Wouldn’t that be great? We need some new blood. You know we do,” said Rinna. “I don’t want old blood. We need new blood.”

When someone tweeted Rinna’s comments about carrying the show and needing some new blood to Lisa Vanderpump, she responded by simply tweeting: “Really?” (I read that in her British accent by the way!).

Only time will tell how the RHOBH producers feel about Rinna admitting to playing Candy Crush while earning six figures!

TELL US  – THOUGHTS ON RINNA’S INTERVIEW? DO YOU BELIEVE SHE CARRIED THE SHOW? DID YOU ENJOY THE DRAMA FREE RINNA THIS SEASON?