Home Real Housewives of Beverly Hills News Brandi Glanville Reveals Why She Recently Reached Out to Lisa Vanderpump, Shares How Lisa Responded Plus Her Reality TV Regrets & Why Lisa Should Quit RHOBH

Brandi Glanville Reveals Why She Recently Reached Out to Lisa Vanderpump, Shares How Lisa Responded Plus Her Reality TV Regrets & Why Lisa Should Quit RHOBH 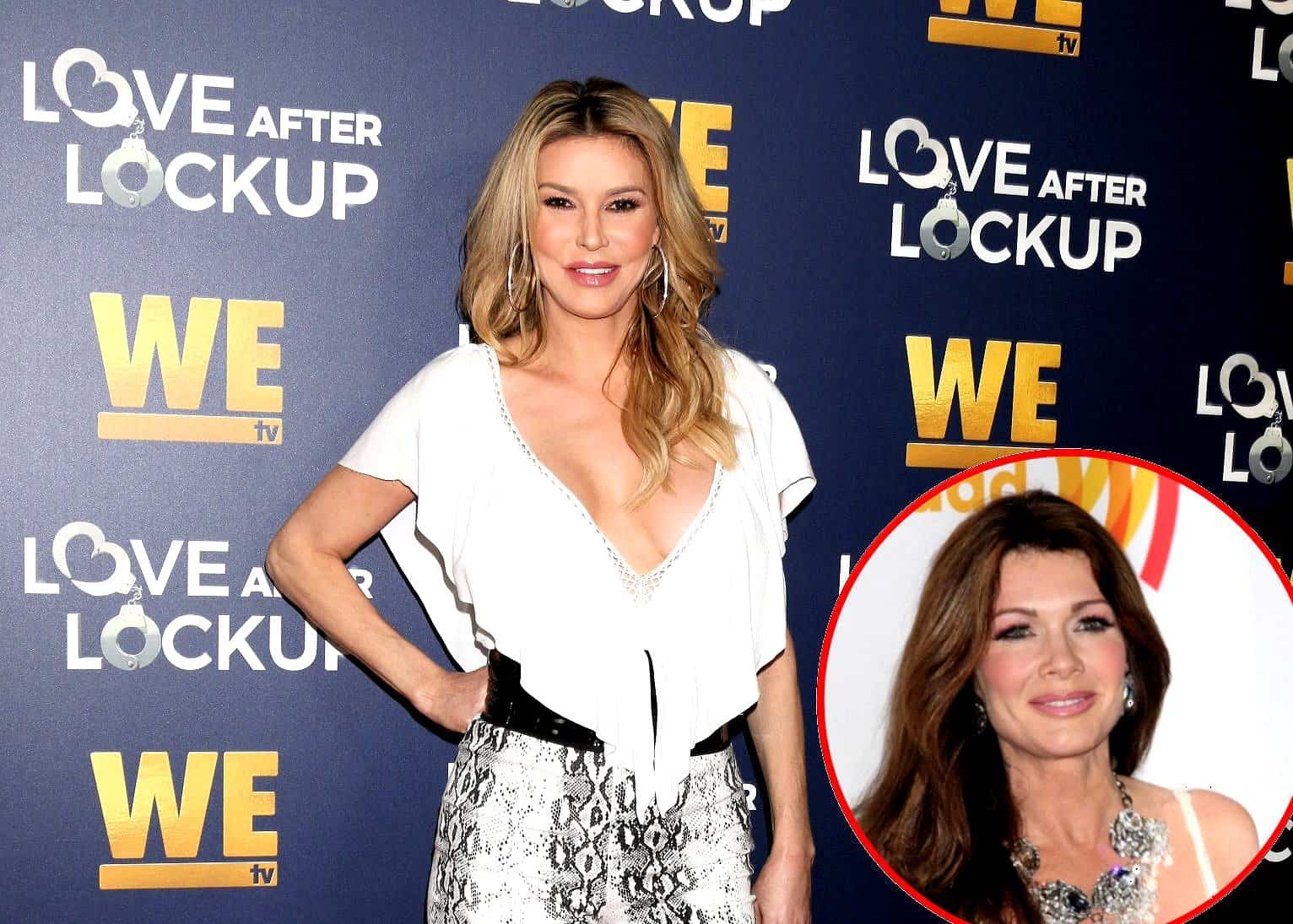 Brandi Glanville is revealing why she recently reached out to her former friend Lisa Vanderpump and why she believes it’s time for Lisa to leave her full-time role on The Real Housewives of Beverly Hills. Additionally, she also reveals her regrets about her past actions on the RHOBH.

During a new interview, Brandi said that while she feels bad about the drama Lisa has been facing throughout production on season nine, she wouldn’t stick around if she was in her shoes.

“Personally, I would just [leave] because she’s so successful. She’s got Vanderpump Rules. She’s probably going to do another show with TomTom. Why not do a show where you are the boss, and you can cut things out that you don’t like?” Brandi explained to Us Weekly this week while attending an event from WEtv (she is pictured above at that event).

“Rather than do a show where you’re not a producer, and you’re going to look bad. If I were her, because she is an executive producer on Vanderpump Rules, why not control it? Instead of having everyone say bad things about you. … I feel like it would be a smart move for her, but I don’t know that she’s going to do that,” she continued.

According to the magazine, Lisa has been refusing to film with her co-stars since October and was last seen in public with them in September at the wedding of the series’ newest star, Denise Richards, and her husband, Aaron Phypers.

“I do think that Lisa’s a huge part of the show,” Brandi said. “I think that these franchises are not going anywhere. They’re going to survive, they replace everyone every season. We all want to tune in, even if it’s just to say it’s horrible. We’re going to watch regardless.”

Although Brandi didn’t leave her role on the RHOBH on good terms with Lisa, she did reach out after learning of her brother Mark Vanderpump‘s suicide in May of this year… but didn’t hear back.

Brandi, who recently hinted at a return to the RHOBH, also admitted she has a few regrets about her reality TV past.

“I’m not super proud of all of it. When I see it again, it’s, like, change the channel or come back when it’s over,” Brandi said of her past drama with Lisa and her co-stars. “I think I’m embarrassed because I have children, and there’s certain things that I did that I’m not proud of, but I wouldn’t take any of it back, don’t get me wrong. But do I want to watch being s**t-faced on TV like falling over, like taking a Xanax in Hawaii? No, not really.”

The Real Housewives of Beverly Hills season nine is expected to premiere sometime next year on Bravo TV.