Brandi Glanville Says RHOBH Producers Asked Cast to Lay Low After Backlash, Claims Lisa Vanderpump Cost Her a Job Next Season and Dishes on Behind the Scenes Drama 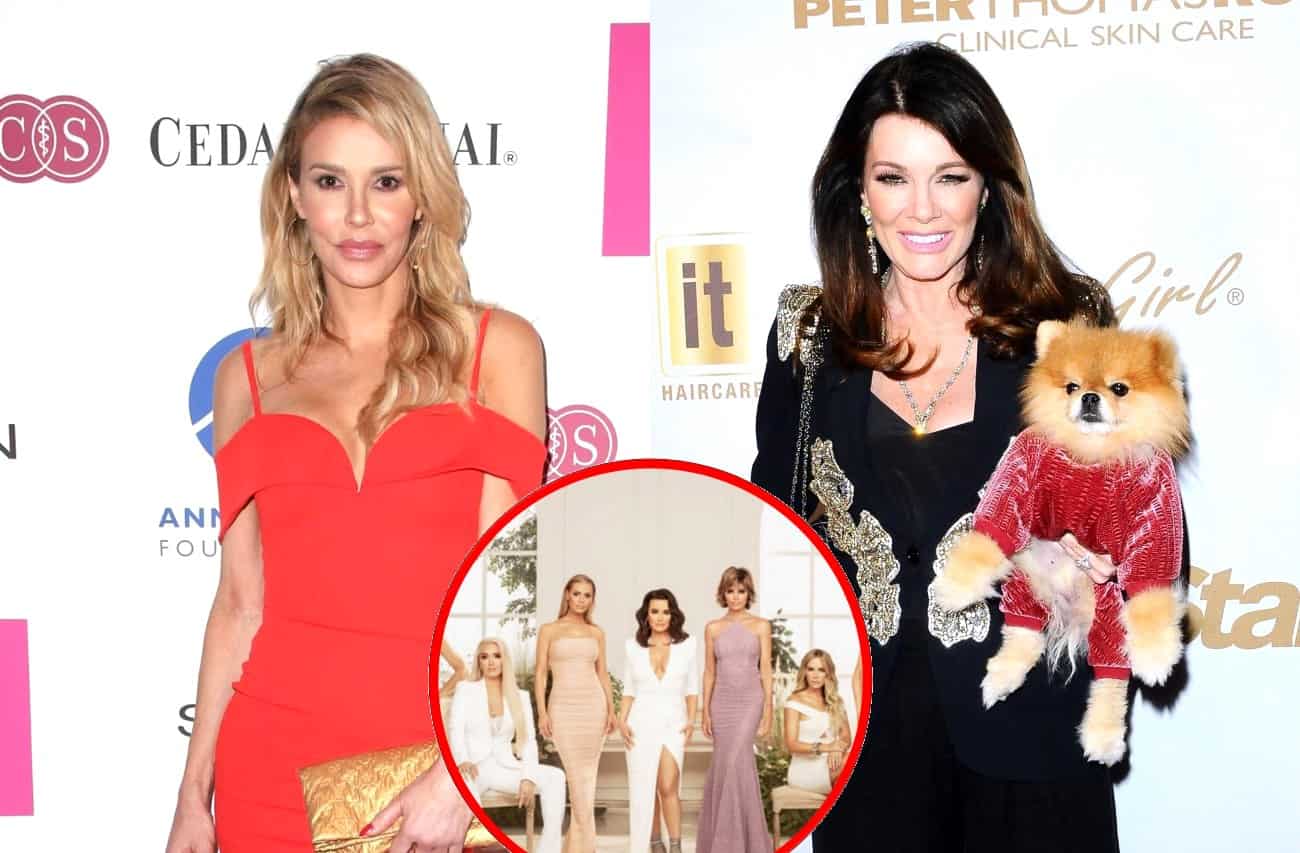 Brandi Glanville is opening up about the behind the scenes drama taking place with The Real Housewives of Beverly Hills cast and producers following the exit of Lisa Vanderpump.

During the July 26 episode of Brandi’s podcast, the former RHOBH housewife let it all out as she dished on a number of hot topics, that she “had been holding back” on but was now willing to talk about, after finding out producers didn’t want to hire her for next season due to Lisa.

First, Brandi started out her show, Brandi Glanville Unfiltered, by responding to Camille Grammer‘s suggestion in part two of the RHOBH reunion when she stated that she felt Brandi was the reason Lisa decided to skip the reunion and quit the show.

“I actually started laughing,” she recalled. “I looked around and then I was texting with Kyle, and I was like this is insane.”

“Let’s be 1000% clear, Camille came in with a script and all of it was written by Lisa Vanderpump… She came in with bullet points she had to get out. [Lisa] wrote it. I know Lisa,” claimed Brandi. “So Lisa’s last act as a housewife was to make sure that if she’s going down, b–ches are going down with her.”

After making it more than clear that she believed Lisa is the one who put Camille up to saying that, Brandi then theorized that this was Lisa’s way of keeping the door open for a future return to the RHOBH.

“I think she just wanted to make sure that she [left it open] with all of the other women so that she could come back and blame me for the entire season of everyone calling her out on her bulls–t,” continued Brandi. “I don’t think LVP’s days on ‘Housewives’ is over. I don’t. I think that she’ll take a season off, she’ll come back. Whoever the weakest link is, she’ll get in with them and they’ll make up.”

The mother of two then shared that RHOBH producer, Alex Baskin, who was falsely blamed for the leak of the Puppy Gate story in an online rumor, was the one who informed her that she would not be returning next season as they did not want to hurt or offend Lisa.

“Let me tell you what happened because I don’t have a job for next season,” Brandi stated. “I talked to Alex Baskin, one of the main producers… In the past, we talked about me coming back next season. And he said it’s not going to happen. We can’t do that to Lisa… He was like there is no way we can replace Lisa with you.”

“Obviously they have another show with Lisa and they don’t want to completely alienate her,” she added.

Later on during the podcast, Brandi shared that Kyle was actually scheduled to appear on her podcast for an interview but her appearance got canceled because the network wants the RHOBH cast to lay low following some backlash over the treatment of Lisa due to the Puppy Gate feud.

“I asked Kyle to do the podcast and she immediately said yes for sure,” she stated. “And she was willing to do the podcast. Unfortunately, Bravo doesn’t want any Housewives doing press right now. They’re waiting to figure out who they’re going to bring back and all these things, and they didn’t want that out there.”

Brandi also added that Andy Cohen advised her against doing a blog to respond to Camille’s comments as he also wants the noise regarding the cast to quiet down a bit.

“I told Andy, we were texting yesterday, that I want to write a blog and he was like, ‘No, I think we should just let this settle,'” she said.

The biggest surprise of the podcast came when Brandi actually defended Lisa over comments made by Camille regarding Lisa’s mouth and teeth, stating that Camille’s comments were “the worst part of [what] anyone did to LVP” on the show. Camille has also alleged that Kyle made similar comments about Lisa to her off-camera.

“I never ever come for her looks. I think she’s a beautiful woman,” said Brandi about Lisa.

“That is f–ked up,” she added of Camille’s comments. “Just for the record, she’s never had bad breath. And I’ve never seen her gums cause her caps are so big… [Camille’s] just a mean girl.”

To close out her podcast, Brandi made a plea to Lisa to “leave her alone” and to ‘allow her to get a job.’