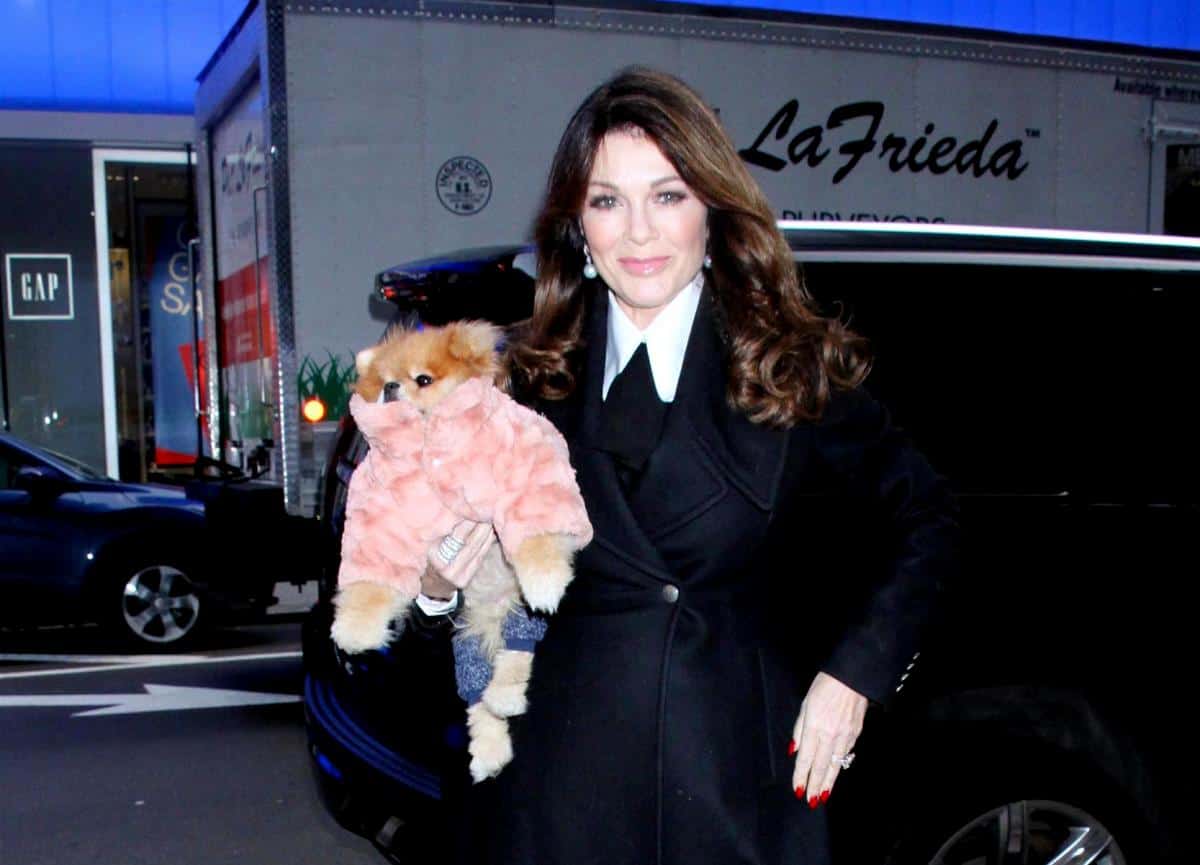 Lisa Vanderpump is addressing a rumor that began circulating online yesterday which claimed that a Real Housewives of Beverly Hills producer was responsible for leaking the Puppy Gate story to the media.

On Thursday, a screenshot of an online post began to make the rounds in which someone named a producer from the show as the leak and claimed they orchestrated the doggy drama as a favor to Kyle Richards. The rumor also alleged that Andy Cohen became aware of this plot after Lisa announced she was quitting the show.

Andy quickly shut down the rumor on Twitter yesterday, calling it “possibly the dumbest theory” regarding Puppy Gate. He said that the producer in question, who we are choosing not to name, is one of Lisa’s “biggest champions.”

Lisa is now responding to the rumor as well. She is also stating she doesn’t believe it to be accurate.

“I don’t believe that to be true either, for the record,” tweeted Lisa on July 18, echoing Andy’s earlier tweet. 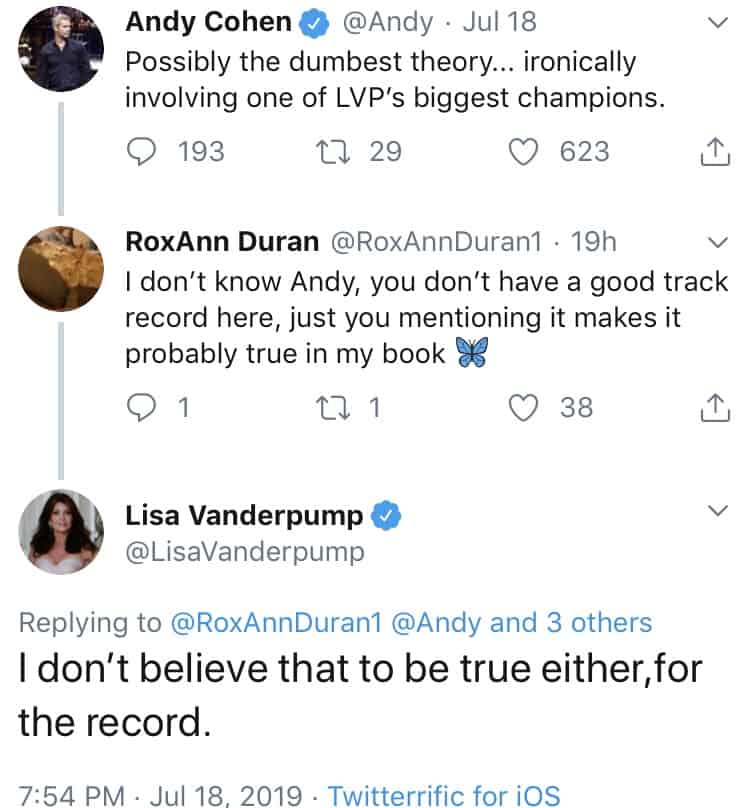 In other Lisa news, she is doing her best to stay positive, despite the ongoing negativity surrounding her exit from the RHOBH.

“There’s been a lot of negativity from the fans and I want that to stop,” Lisa told Us Weekly. “I do. Because it’s amazing to have their support, but you don’t need to go down a negative path. It’s been a very difficult year for me. I just want to focus on the greater good.”

In addition to losing her brother, Mark Vanderpump, to suicide last April, Lisa lost her mother, Jean Vanderpump, suddenly last month. So, when it came to the negativity she experienced throughout season nine, it was enough to lead her to quit.

As for a potential reunion with Kyle and the rest of the cast, Lisa said she isn’t quite sure.

“I don’t know. They made a choice and they made a very aggressive choice and it didn’t feel good to be on the receiving end. That’s for sure. And it was at a time where I probably wasn’t as strong as I could have been and now you know it’s a shame my mother passed as well,” she said. “It happened as I started to feel … It kind of puts life into perspective. Everybody has to deal with losses sometime in their life you just hope that maybe you can garner support from the people around you.”

In this article:Lisa Vanderpump, Real Housewives of Beverly Hills, RHOBH