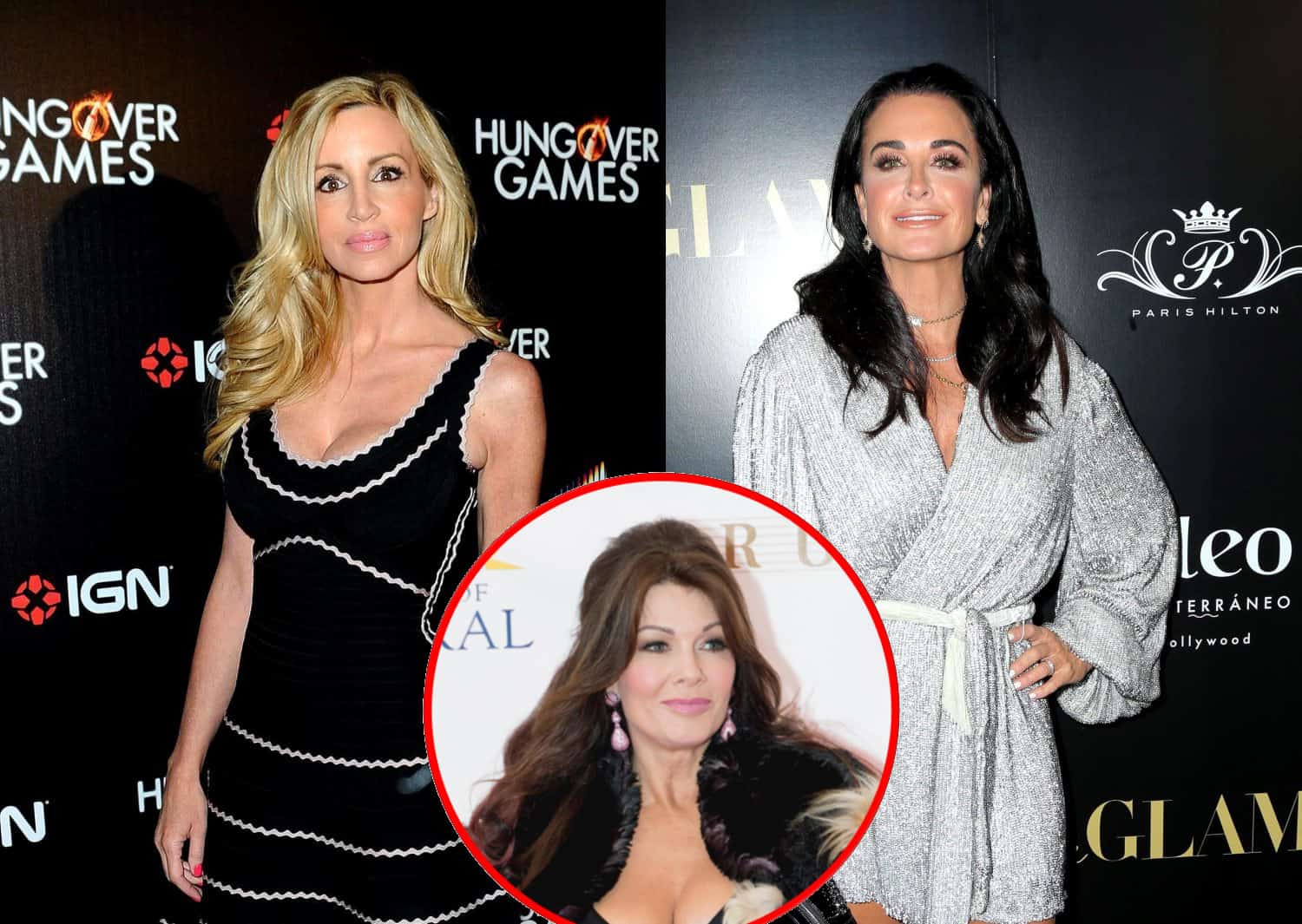 Camille Grammer will continue to be at the center of the drama during the second installment of the Real Housewives of Beverly Hills season nine reunion as she accuses Kyle Richards of bad-mouthing Lisa Vanderpump off-camera.

In a sneak peek of the upcoming episode, Teddi Mellencamp slams Camille for the things she said about Lisa Vanderpump, all while playing nice to her face. This then leads to Camille dropping a bombshell when she claims Kyle has also trashed Lisa behind her back.

“Here’s what happens,” Kyle tells Camille in the preview clip. “When we’re together, you will say things like, ‘I know who Lisa is, she’s done this to me, she’s done that.’ And when you’re not with us, you’re like, ‘Lisa, I feel so bad with what you’re going through.'”

“Can I feel both? I can feel both,” Camille claps back.

Although Dorit Kemsley suggests Camille can’t feel both if the two feelings contradict one another, Camille fires back, telling her co-stars that she does feel both and that she felt horribly about Lisa losing her brother.

“But you can still say she has terrible breath and her gums are receding?” Teddi interjects.

“That was a joke, and you all laughed!” Camille shouts as she then accuses Kyle of agreeing with her when the RHOBH cameras were not rolling.

“[Kyle] continued with the conversation and said, ‘Yes, don’t get me into this but she’s always had bad breath,'” Camille states to Kyle. “Yes, you’ve talked about that off-camera with me.”

Oddly enough, Kyle doesn’t deny saying this but simply referred to it as a low blow.

“Camille, that’s such a f**king low blow. We’ve all said things privately about each other. I would never out you! If I did right now, it would be a very bad situation,” Kyle warns.

Camille then went on to accuse the cast of being hypocrites, stating that they all do the same thing they are accusing her of doing.

“You girls have all talked about each other behind each other’s backs,” Camille fired back. “Come on, this is hypocrisy at its finest right now. You have wanted me to be mad at Lisa Vanderpump. You have.”

“I’m talking about saying things on camera that is humiliating to people,” Kyle responded.