Home Real Housewives of Beverly Hills News RHOBH’s Lisa Vanderpump Reveals How Her Mother Died and Explains Her Decision to Attend Jax and Brittany’s Wedding, Plus is She Opening a New Restaurant?

RHOBH’s Lisa Vanderpump Reveals How Her Mother Died and Explains Her Decision to Attend Jax and Brittany’s Wedding, Plus is She Opening a New Restaurant? 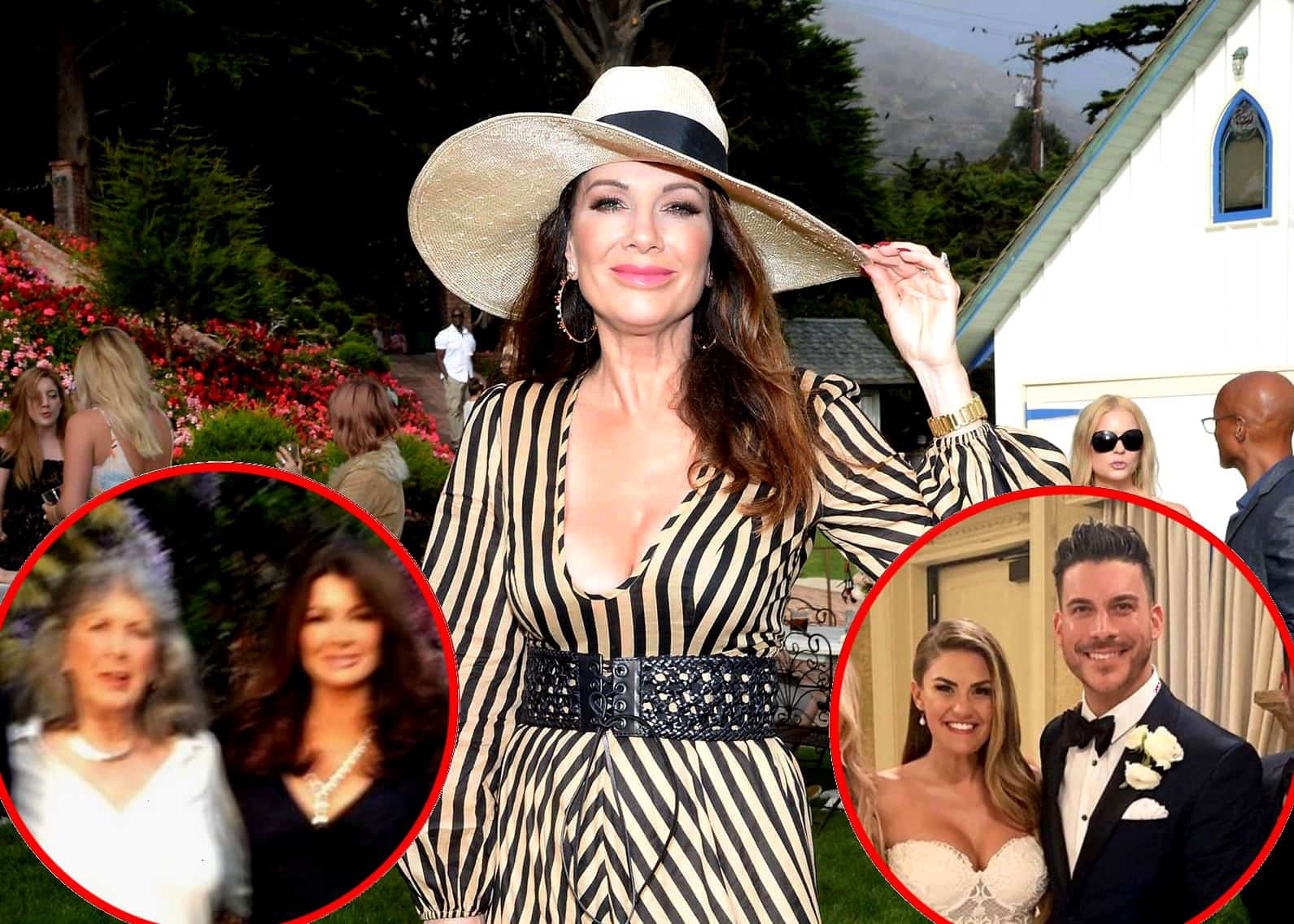 Lisa Vanderpump took to Twitter on Sunday night, where she explained her decision to attend the wedding of her Vanderpump Rules co-stars, Jax Taylor and Brittany Cartwright. She also revealed what caused the death of her late mother, Jean Vanderpump.

With rumors swirling in regard to her potential plans for a new restaurant in Los Angeles, the former Real Housewives of Beverly Hills star, who quit the series last month, replied to a couple of tweets.

“Even though she is smiling, Lisa looks sad, look at her eyes. Big hugs to you LVP X,” a fan wrote on June 30 after coming across a new photo of Lisa.

“I am sad, but really wanted to show them my support and love,” Lisa explained.

While it was initially believed that Lisa would not be present when Jax and Brittany got married in Kentucky, she suggested she was able to make it to the event after her mother’s funeral was delayed.

“It is beyond our control but funeral is now not until next week,” she explained.

I am sad,but really wanted to show them my support and love..it is beyond our control but funeral is now not until next week.????

In Lisa’s second tweet, she responded to a woman who shockingly suggested that her mother had been abandoned in a nursing home.

“How dare you?! My mother died suddenly of DVT you vile woman,” Lisa fired back.

According to Lisa, her 84-year-old mother’s life was suddenly cut short by deep vein thrombosis, which occurs when a blood clot forms in one or more of the deep veins in one’s body.

How dare you?! My mother died suddenly of DVT you vile woman.

In other Lisa Vanderpump news, a recent report suggested she and her husband, Ken Todd, were in the process of expanding their restaurant empire in West Hollywood, which currently includes SUR Restaurant, PUMP Lounge, and TomTom.

“Lisa’s hubby, Ken, was seen last week at 8755 Melrose near Robertson Boulevard. It’s around the corner from Sur. It looked like he was with a broker and an assistant. The vacant restaurant had a ‘leased’ sign on it a few days later,” a spy revealed to Page Six.

“A new addition to their current holdings wouldn’t surprise me at all,” another insider said, adding that Lisa and Ken always have their eyes peeled for the next “hot spot.”

Lisa and Ken also own Villa Blanca in Beverly Hills and the Vanderpump Cocktail Garden in Las Vegas.