Home Real Housewives of Beverly Hills News Kyle Richards Reveals Who Could Replace Lisa Vanderpump on RHOBH and Her Thoughts on a Reconciliation, Plus Where Does She Stand With Erika Jayne?

Kyle Richards Reveals Who Could Replace Lisa Vanderpump on RHOBH and Her Thoughts on a Reconciliation, Plus Where Does She Stand With Erika Jayne? 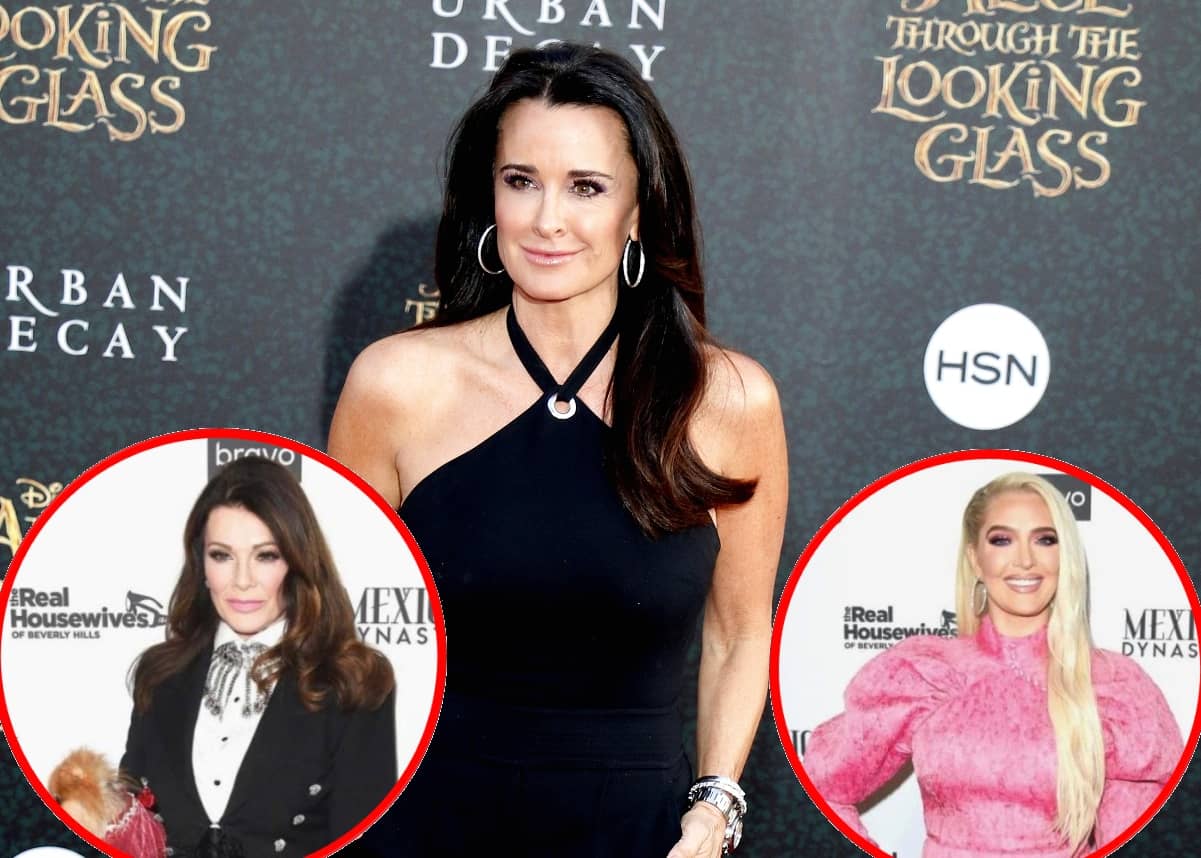 Kyle Richards is looking forward to The Real Housewives of Beverly Hills and wondering who could be brought to the show to replace Lisa Vanderpump.

Weeks after Lisa announced she was leaving the show, Kyle, who feuded with Erika Jayne during Tuesday’s new episode, attended an event honoring her niece Paris Hilton’s partnership with The Glam App. While there, she threw out the name of a potential cast member before admitting she still has hope for a future reconciliation with Lisa.

“We’ve fantasized and talked about things,” Kyle told Us Weekly on Wednesday. “People always ask. I would say Chrissy Teigen, but I know she won’t do it, so I gotta think of somebody else now, because I know she’s never going to do it.”

According to Kyle, she and her co-stars filmed “21 episodes” without Lisa after their dramatic falling out earlier this season.

While Kyle hasn’t been on good terms with Lisa for several months, she “would like to think” they will one day rekindle their friendship.

As for her recent spat with Erika, the tension between Kyle and her co-star has “blown over.”

“They’re in a much better place now,” a friend explained to Hollywood Life. “The ladies had an open, honest conversation and hashed things out because they all really do care about each other and it was important to them to repair their friendship. Erika’s feelings were genuinely hurt after thinking that she was being attacked and Kyle’s comments about her bad mood, but a lot of time has passed since the episode aired and the ladies are closer now than ever.”

Following Tuesday night’s show, Kyle confirmed on Twitter that she was back on good terms with Erika.