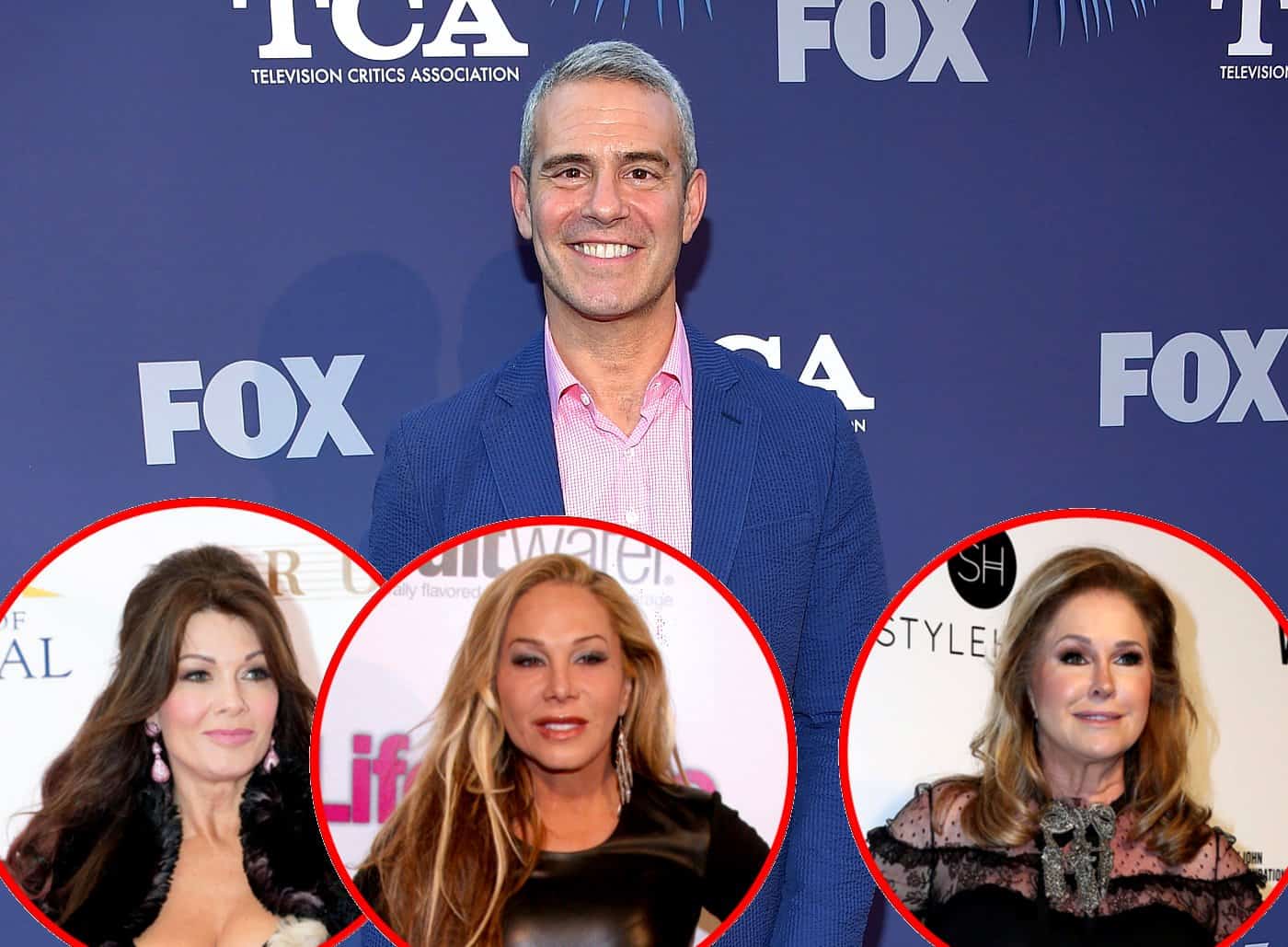 Andy Cohen is weighing in on Lisa Vanderpump‘s decision to skip the season nine reunion of The Real Housewives of Beverly Hills and remove herself from the series completely.

Following Lisa’s reunion absence and the official announcement regarding her exit from the series earlier this month, Andy shared his thoughts on his Radio Andy podcast, Andy Cohen Live.

“Well, I will refer you to what LVP said about Adrienne [Maloof] not showing up at the season three reunion. LVP was spot on,” Andy explained of his thoughts on Lisa missing the reunion.

During the RHOBH season three reunion, Adrienne decided to skip the taping amid a nasty feud with both Lisa and Brandi Glanville. She was criticized by both Andy and Lisa, who felt she should have shown up. Back in 2013, Lisa called Adrienne’s decision to not attend the reunion a “mistake.” She said Adrienne should have “come, cleared up the mess, and moved on.”

Still, Andy made it clear that they missed Lisa at the RHOBH reunion last week.

“As for [Lisa] leaving the show, no one will ever replace her,” he continued. “I’ve got to tell you. And no one can replace her. It has been well documented that when we were developing [The Real Housewives of Beverly Hills], I was not totally sold on doing the show. I was like, ‘Wait, we have Orange County, why would we do Beverly Hills?’ When I saw Lisa Vanderpump on that casting tape, man, she was the one who really sold me on doing the show. I just wanted to see more of Lisa and so did all of you. She is iconic and I am so glad that we will continue to see more of Lisa in all of her glory on Vanderpump Rules. I guess that’s what mitigates the loss of her from Beverly Hills.”

“[Lisa] will always be the queen of diamonds in the Bravo universe [but] the show will go on,” he added.

Also during the Andy Cohen Live episode, Andy addressed his recent run-in with Kathy Hilton, which led to rumors regarding her potential addition to the Real Housewives of Beverly Hills cast. He confirmed he unexpectedly ran into her while having dinner at Mr. Chow in Beverly Hills.

“Kathy was like, ‘Oh, we’ve got to take a pic. It’s hilarious that we are running into each other.’ So Bruce takes a picture of us and I get in the car, I look on Instagram and there’s Bruce’s post that says, ‘Sign on the dotted line. You are a true diamond.’ I go, ‘Bruce, do you realize what you are going to do right now in Housewives nation?'” Andy recalled.

“I will say, I was amazed at how positive, overwhelmingly positive the response to this was. People were really into it,” Andy laughed.

That said, Andy made it clear that there have been “absolutely no conversations” in regard to the possibility of Kathy being added to the cast.