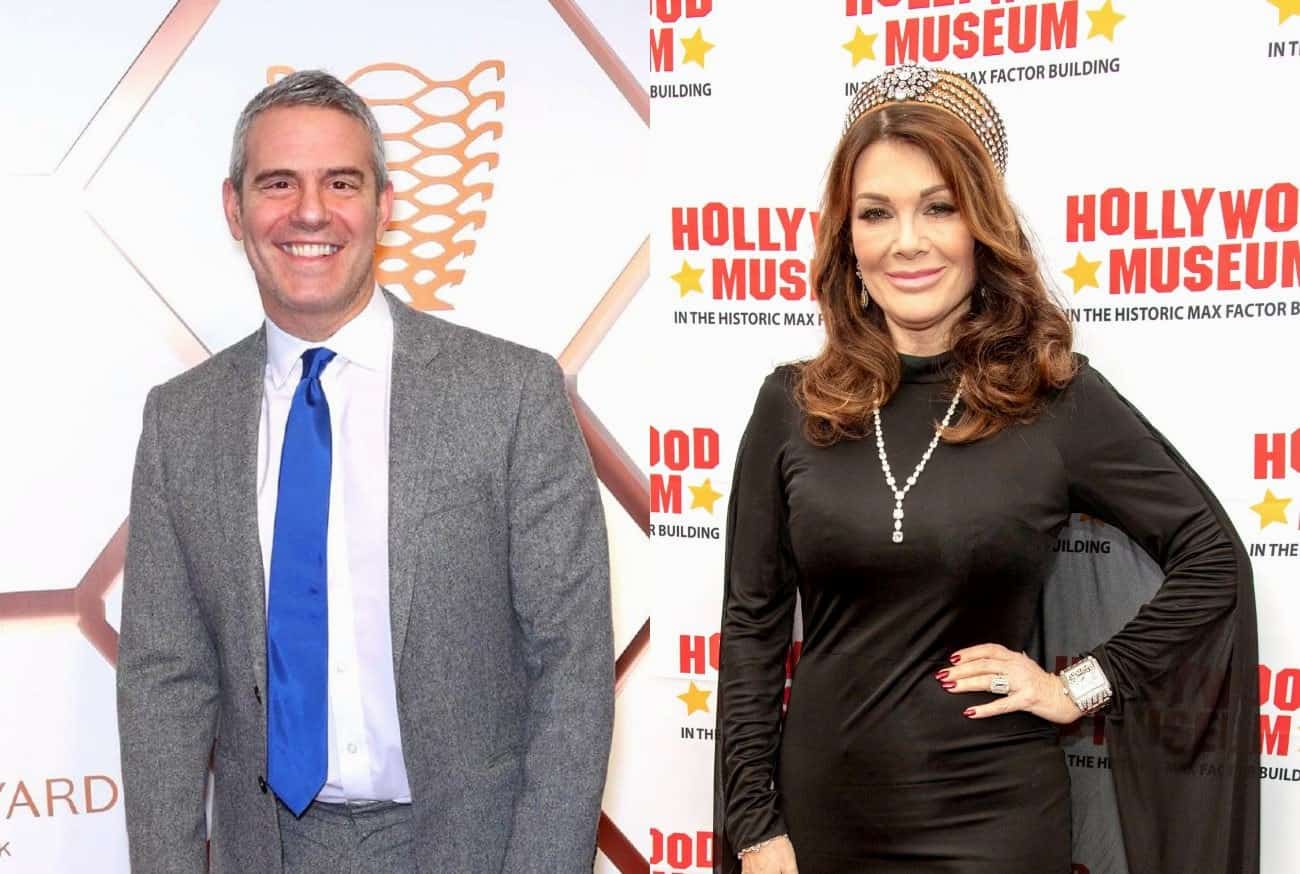 Could a Real Housewives of Beverly Hills producer be responsible for the Puppy Gate drama of season nine?

After a rumor surfaced in which a particular producer, whose name we are redacting, was accused of leaking the Puppy Gate story to Radar Online, which Lisa Vanderpump was accused by many of doing, Andy Cohen reacted to the potential production scandal on Twitter.

“Hey [Andy], [Evolution USA] – saw on Reddit that [Redacted] leaked the story to Radar Online. If that’s true he should be fired for destroying the season. Also, if he did, EVERYONE involved needs to publicly apologize to [Lisa Vanderpump], including the editors & producers,” a Twitter user wrote on July 18.

Along with the Twitter user’s message, they included the information shared on Reddit. Reality Blurb also received the same screenshot from one of our readers earlier today, and it is posted below. 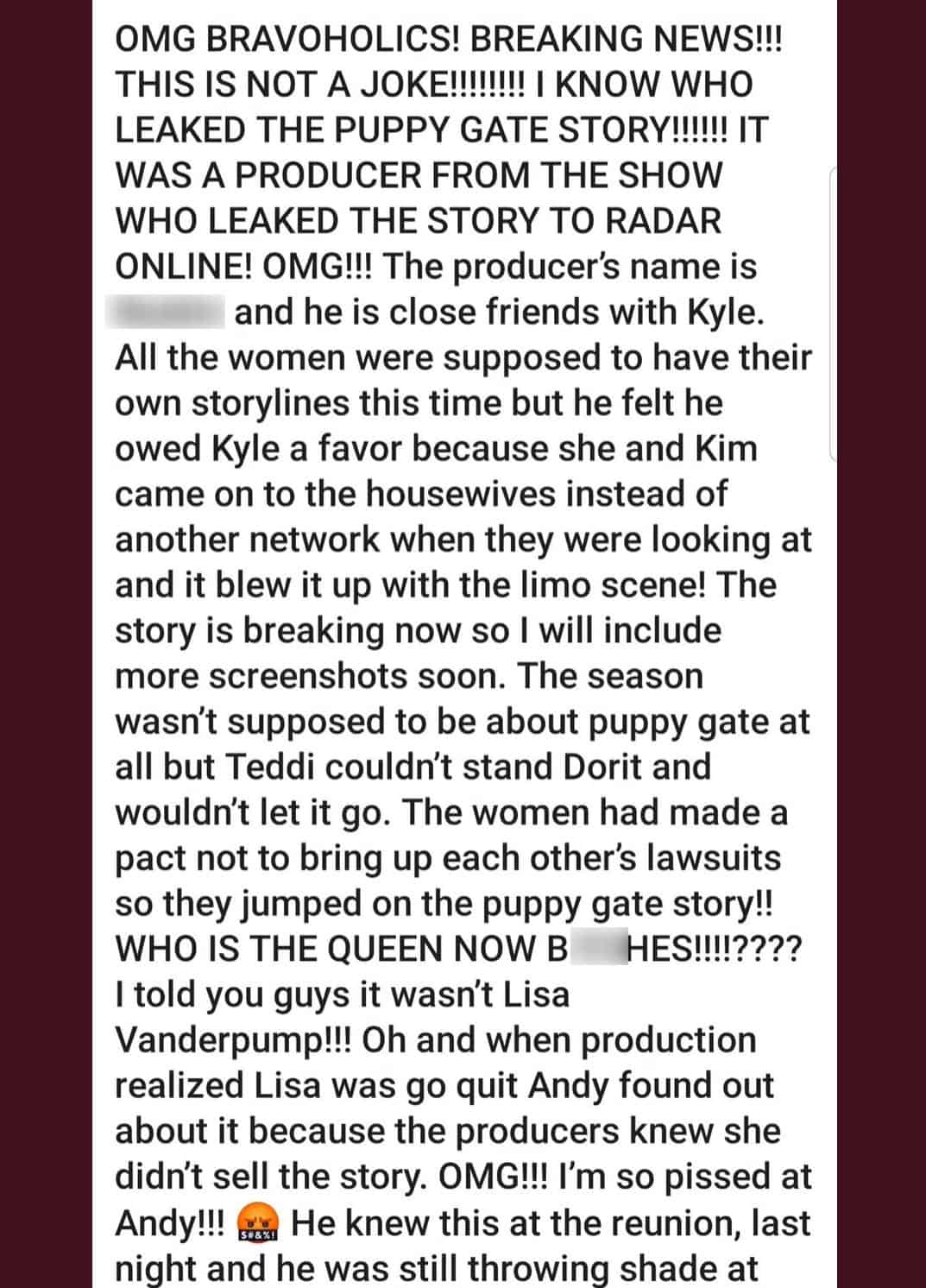 “The producer’s name is [Redacted] and he is close friends with Kyle,” a Reddit user had written. “All the women were supposed to have their own storylines this time but he felt he owed Kyle a favor because she and Kim came on to the Housewives instead of another network when they were looking at and it blew it up with the limo scene!”

“The season wasn’t supposed to be about Puppy Gate at all but Teddi couldn’t stand Dorit and wouldn’t let it go. The women had made a pact not to bring up each other’s lawsuits so they jumped on the Puppy Gate story!!” the user continued.

According to the Reddit user’s claim, Andy found out about the producer’s alleged story leak after it was confirmed that Lisa was planning to quit the show, but he still threw shade about the situation during the reunion.

However, in response to the speculation, Andy completely shot down the report as false in his own tweet.

“Possibly the dumbest theory… ironically involving one of LVP’s biggest champions,” he wrote.