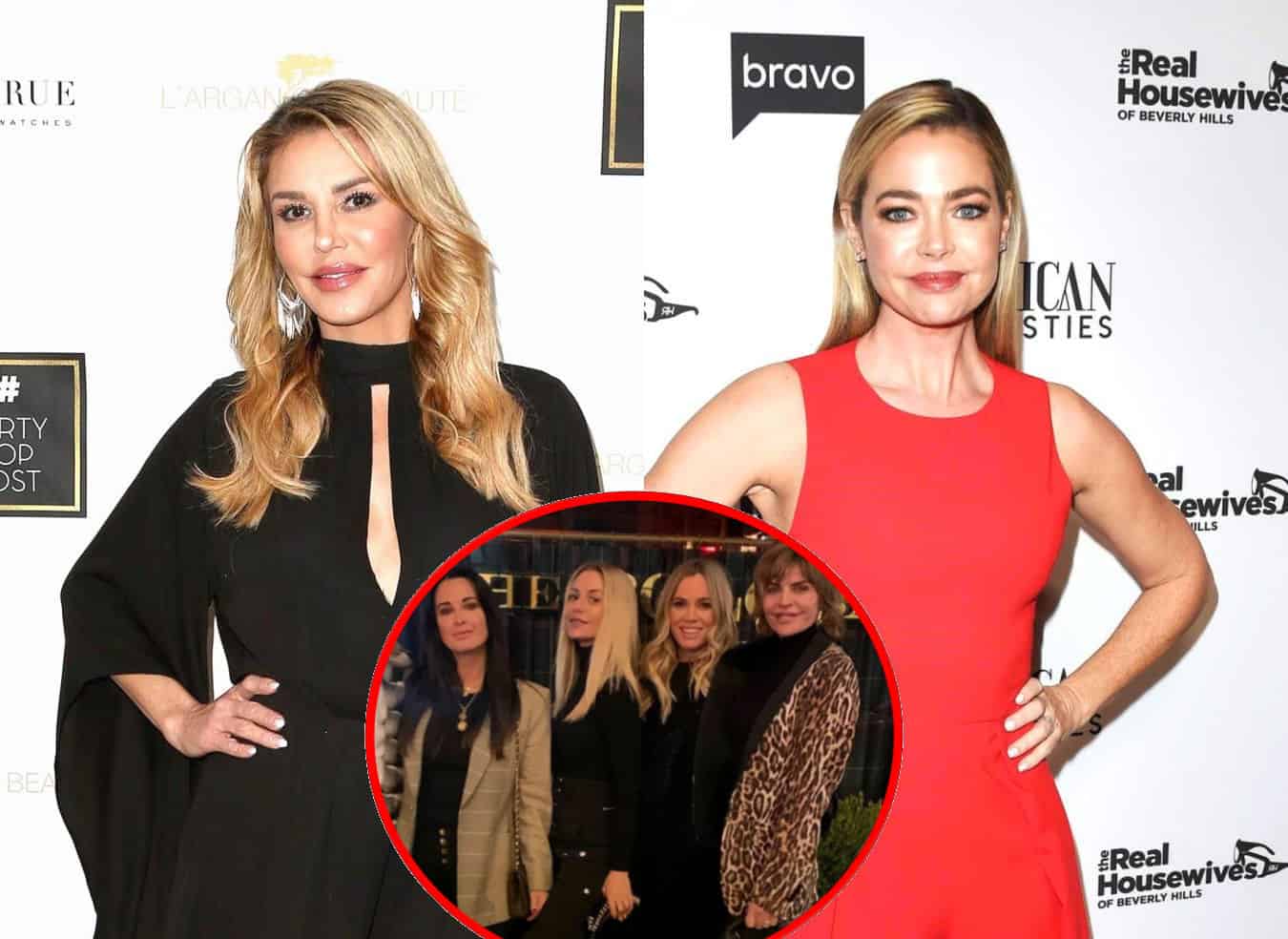 As the Real Housewives of Beverly Hills cast traveled to the East Coast to visit with Erika Jayne in New York City, where she’s starring in Chicago on Broadway, Brandi was on Twitter, where she cryptically spoke about “hooking up” with someone and mentioned the possibility of a full-blown romance.

After previously telling her fans and followers that she wants to speak out so badly but can’t, Brandi seemingly offered a bit of a hint about what may have taken place between her and Denise.

“[There] is a huge difference between hooking up with someone a couple of times and having a romantic relationship with someone,” Brandi wrote.

Right away, several fans assumed Brandi was tweeting about her rumored affair with Denise.

Well which one did you allegedly do with Denise B?????….

EXACTLY. Can’t wait to see you shut down DULLnise

As rumors continue to swirl in regard to Brandi and Denise’s relationship, which allegedly lasted for months, the ladies’ RHOBH co-stars, including Kyle Richards, Lisa Rinna, Dorit Kemsley, Teddi Mellencamp, and Sutton Stracke, have been enjoying time together in New York City without Denise and newbie Garcelle Beauvais.

On Monday, the ladies touched down in the Big Apple. Hours later, after sharing plenty of photos and videos from their plane, they ventured to The Polo Bar. There, they enjoyed a late birthday celebration in honor of Kyle’s 51st birthday.

We are coming for you @theprettymess ✈️ #chicagothemusical #broadway ⭐️

Last week, the Daily Mail claimed Brandi and Denise began seeing one another in early 2019 and continued to do so until midway through the year. All the while, Denise’s husband, Aaron Phypers, was allegedly kept in the dark.

“This has hurt Denise’s husband Aaron very much,” the insider continued. “He is a good guy and Denise is crazy for thinking she could have an affair while filming a reality show and get away with it.”

The outlet also claimed that after being confronted about the issue in November during the cast’s trip to Rome, Denise allegedly quit filming scenes for RHOBH with her co-stars.