RHOBH Star Denise Richards Addresses Claims of an Open Marriage With Husband Aaron Phypers Amid Brandi Glanville Rumors, Says They are ‘Stronger Than Ever’ 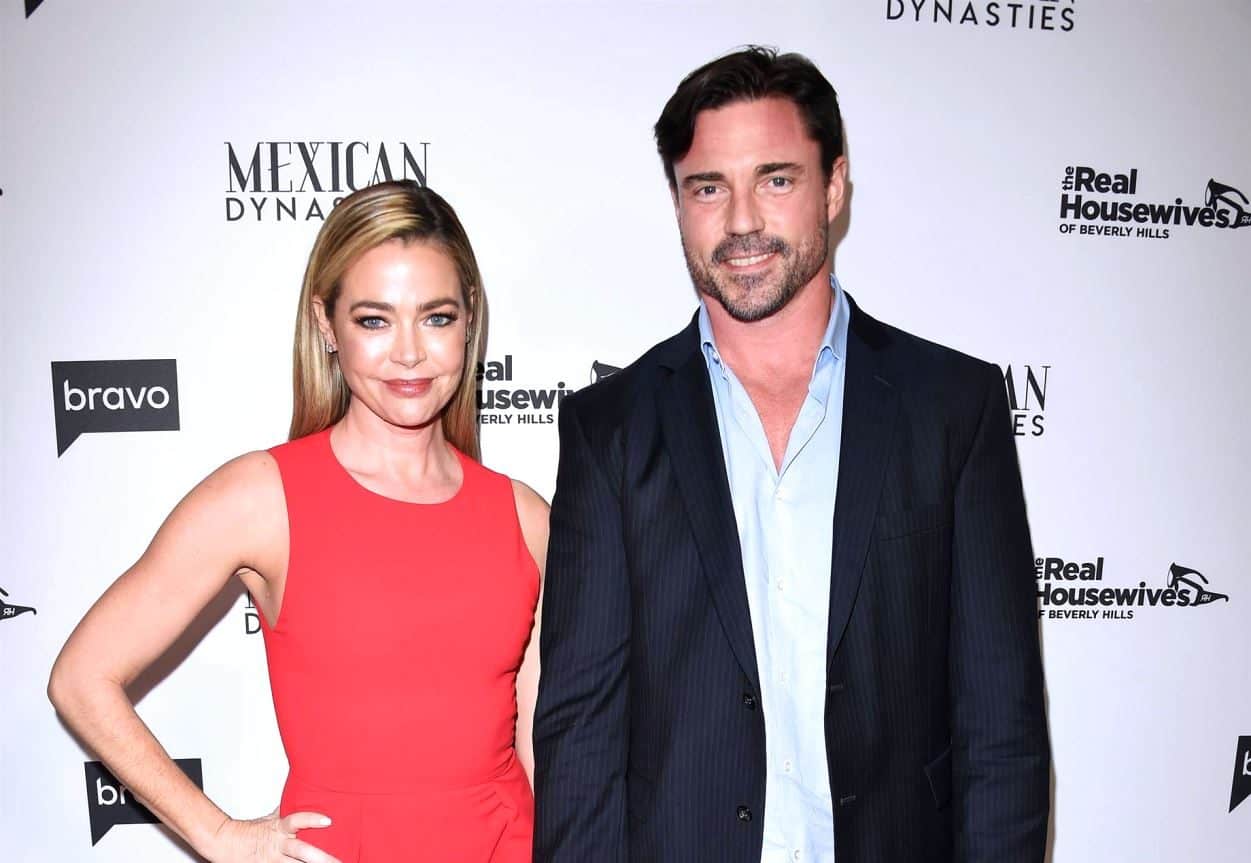 After facing rumors of an affair with Brandi Glanville, who was allegedly told by Denise that she and Aaron had an open marriage, the Real Housewives of Beverly Hills star is speaking out, denying that she and Aaron are anything but faithful to one another and revealing they are “stronger than ever.”

On Sunday, February 16, Denise shared a slideshow from Aaron’s business, Quantum 360. In the comments section of her post, she was met with a fan who mentioned the rumors regarding her marriage.

“They have an open marriage Bridget so maybe you could swing by the clinic sometime,” a woman told another fan who asked if Aaron had a brother.

“We actually don’t have an open marriage,” Denise replied. 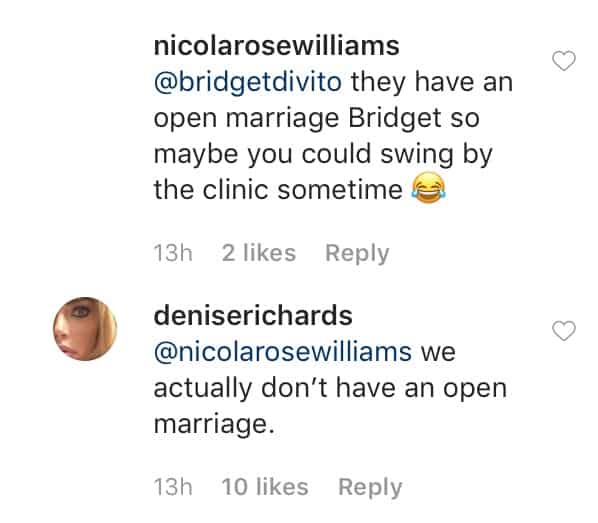 Rumors of an open marriage began swirling in early January as sources claimed Denise and Brandi were involved in a months-long affair.

Although Denise’s rep denied any such thing had taken place between them right away, Brandi shared a number of social media posts in the weeks that followed in which she seemed to suggest she has proof of their romance.

Also on Instagram, Denise shared a Throwback Thursday slideshow last week, and in the caption of that post, she confirmed that she and Aaron, her “soulmate,” are “stronger than ever.”

“This b&w photo was taken the day we got married it’s my favorite. The energy from it showing the deep love & strong connection we have with eachother. Everyday I fall more in [love] with this man & I’m so proud to be his wife. @aaronwilliamcameron #soulmate #strongerthaneve,” Denise wrote.

Denise shared this post just one day after the Daily Mail shared a series of photos of the two of them engaging in what was described as a “tense” lunch date in Malibu, California.