by Lindsay Cronin May 14, 2020 123 comments
ShareTweetWhatsappPinterestRedditTumblrMailFlipboard 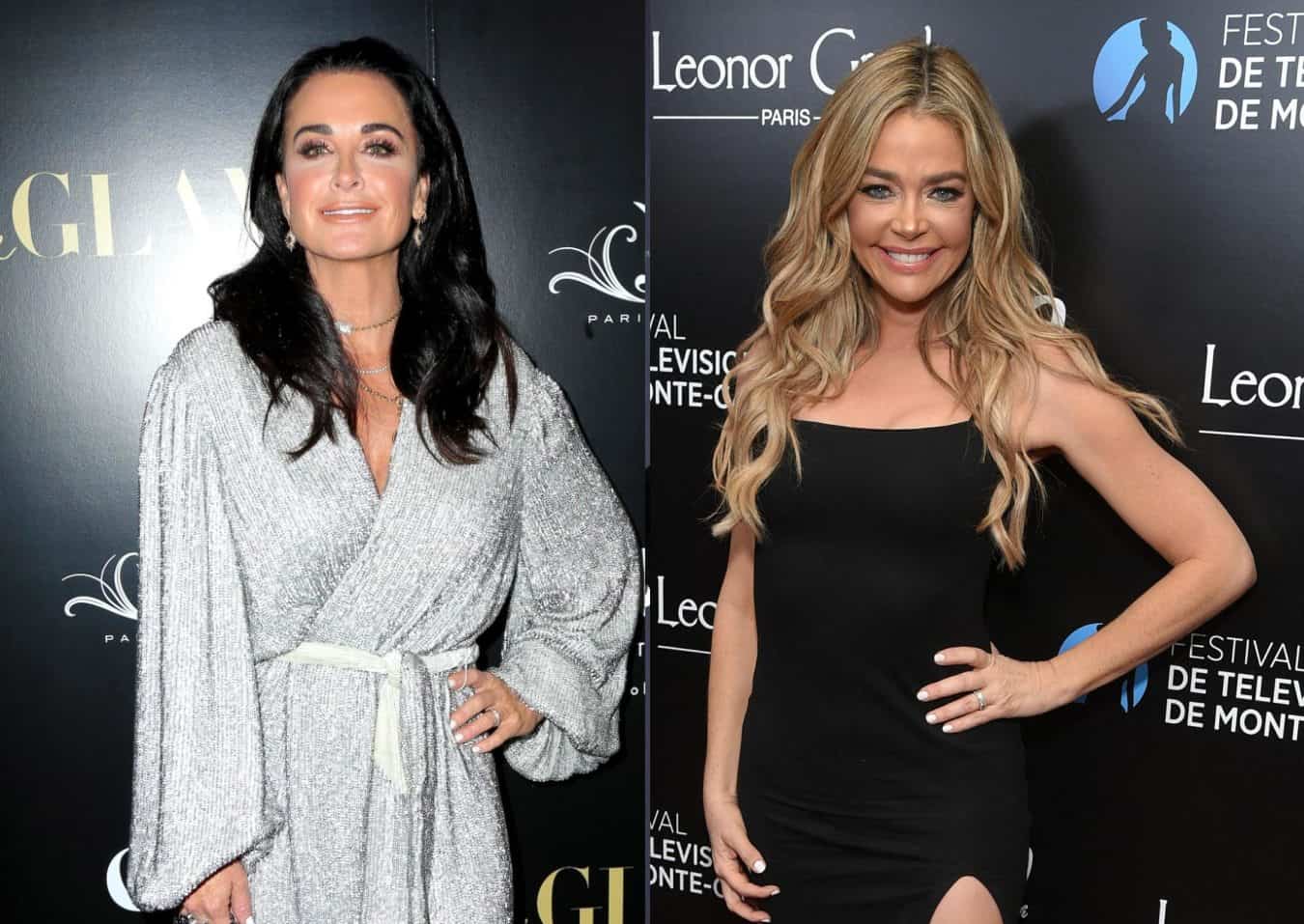 The Real Housewives of Beverly Hills star Kyle Richards took to Twitter to call out Denise Richards as she accused Denise of a “set up.”

Following the latest RHOBH episode, Kyle found herself in an online altercation with Denise after suggesting that Denise’s conversation with her oldest daughter in regard to the conversations that went on during their group dinner party, which Denise’s children and their friends also attended, was a “set up.”

If you recall, during that outdoor dinner, the ladies discussed a number of racy topics, including threesomes. This made Denise quite unhappy as one of her daughters later told her that she did in fact overhear the ladies talking about the sexual topics.

“No Kyle… it actually happened on camera twice. Ask our producers,” Denise replied. 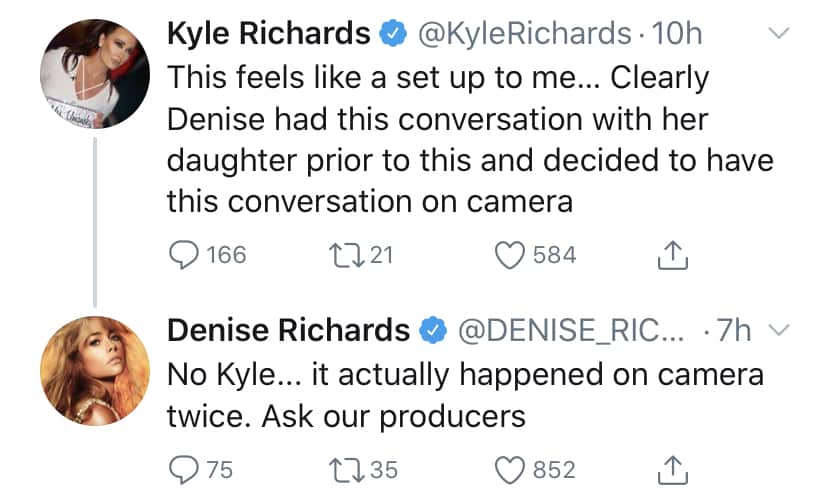 Kyle also took aim at Denise for acting like a prude over their dinner banter about threesomes after discussing a number of other racy topics herself, including the size of her husband Aaron Phypers‘ manhood.