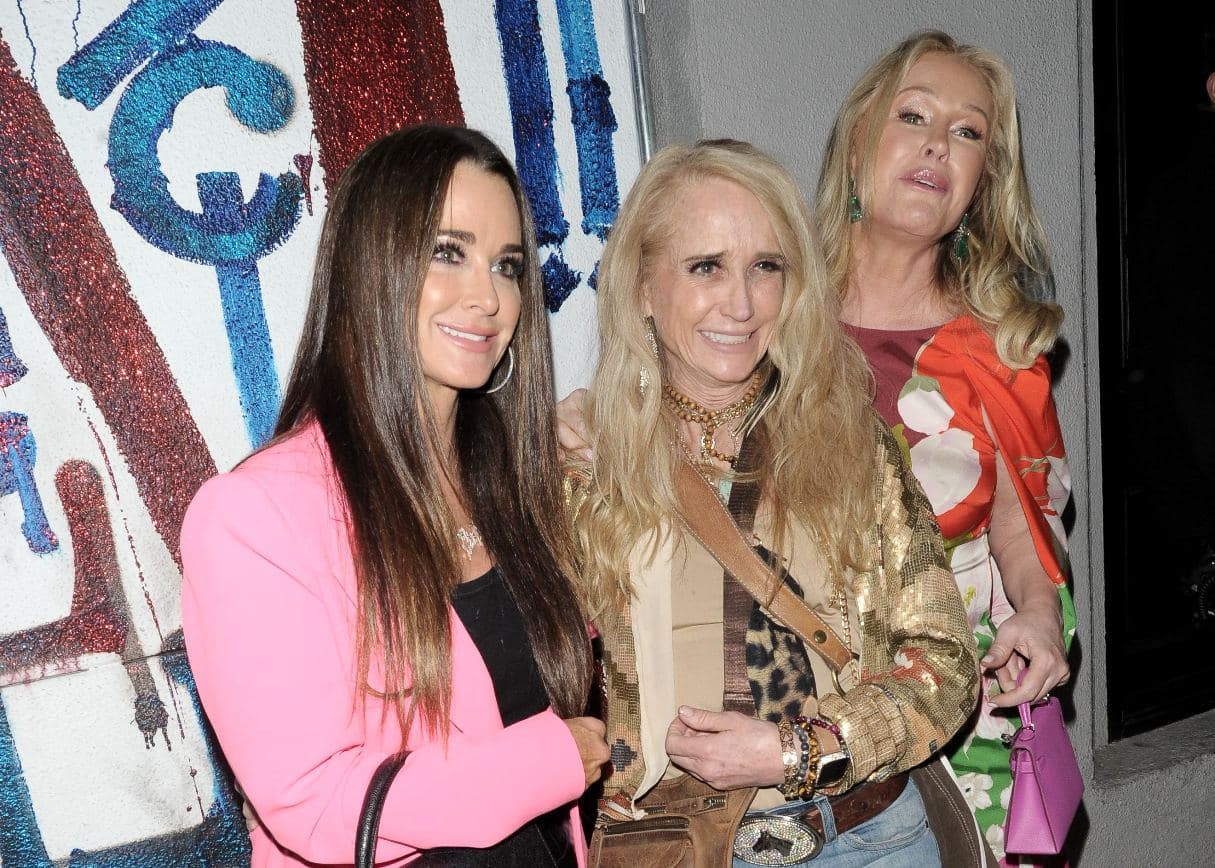 Real Housewives of Beverly Hills OG, Kyle Richards, is more than ready to put the especially dark season 12 of the franchise behind her and is dishing on the future of the show including the potential return of Denise Richards and whether or not sister, Kathy Hilton, plans to rejoin the cast for season 13.

Kyle recently revealed that for the first time in 12 years she’s had “to take a step back” from the show as it’s “taken a toll” on her mental health.

“This season I’ve had to take a step back for the first time in 12 years,” Kyle explained to E! News. “I stopped watching, and then I said, ‘I’m going to have to watch the episodes before the reunion,’ and then I couldn’t bring myself to do that. I went in not knowing everything and had to get some recaps from a producer because I had to step away from it. And the reunion too, the trailer was enough for me.”

The “Halloween” actress doubled down on the harshness of the past season calling it “frustrating” and “too much” when discussing the on-going feud between “Fox Force Five” friend Lisa Rinna and Kathy.

“It’s just so frustrating and sad and anxiety-provoking for me,” she said of being put in the middle. “It’s too much sometimes.”

Apparently, it’s so bad that Kyle recently said she’s “rather watch ‘The Exorcist’ on repeat’” than relive part three of the RHOBH reunion, according to Page Six.

Kathy previously stated that she would not return for season 13 of RHOBH if Lisa’s was asked back to the show. However, Kyle is a little more optimistic about her sister’s future with the franchise.

“No decisions will be made on that [casting] for a while now. Whatever happens I just hope it’s a much lighter season than this season. That’s all I care about. I can’t go through the drama. It’s really hard having this stuff put out there, and I can’t go through that again.”

When asked by Page Six about her opinion of Kathy’s ultimatum, Kyle said she wasn’t “touching that one with a 10-foot pole.”

Kyle went on to reveal that she has “regrets” about having Kathy and middle sister and fellow RHOBH OG, Kim Richards, join the show as it had a lasting impact on their relationships, but she has high hopes that they can always come back together.

“I mean, family’s family. You always come back together,” Kyle shared. “So, I will always hold out that hope.”

Though casting decisions have yet to be made, Kyle did express that she would like to have Denise Richards back on the show. Denise has been sparking rumors of returning to RHOBH for a while now after pictures surfaced of “The Wild Things” actress hanging out with her former costars, including Sutton Stracke and Garcelle Beauvais.

“I like Denise,” Kyle told the outlet. “I bumped into her recently, and she texted me, and she asked about going to lunch.”

However, Kyle does have some reservations about Denise coming back.

“We’ll see,” Kyle remarked. “I think a lot of people felt like she wasn’t on board to do the show, there’s a lot of comments I see about her not showing up, coming late, leaving early, and stuff like that. I think for some people, it didn’t sit well because all these years, we show up, and we’re here from the beginning to the end.”