by Emily Campbell May 7, 2021 25 comments
ShareTweetWhatsappPinterestRedditTumblrMailFlipboard 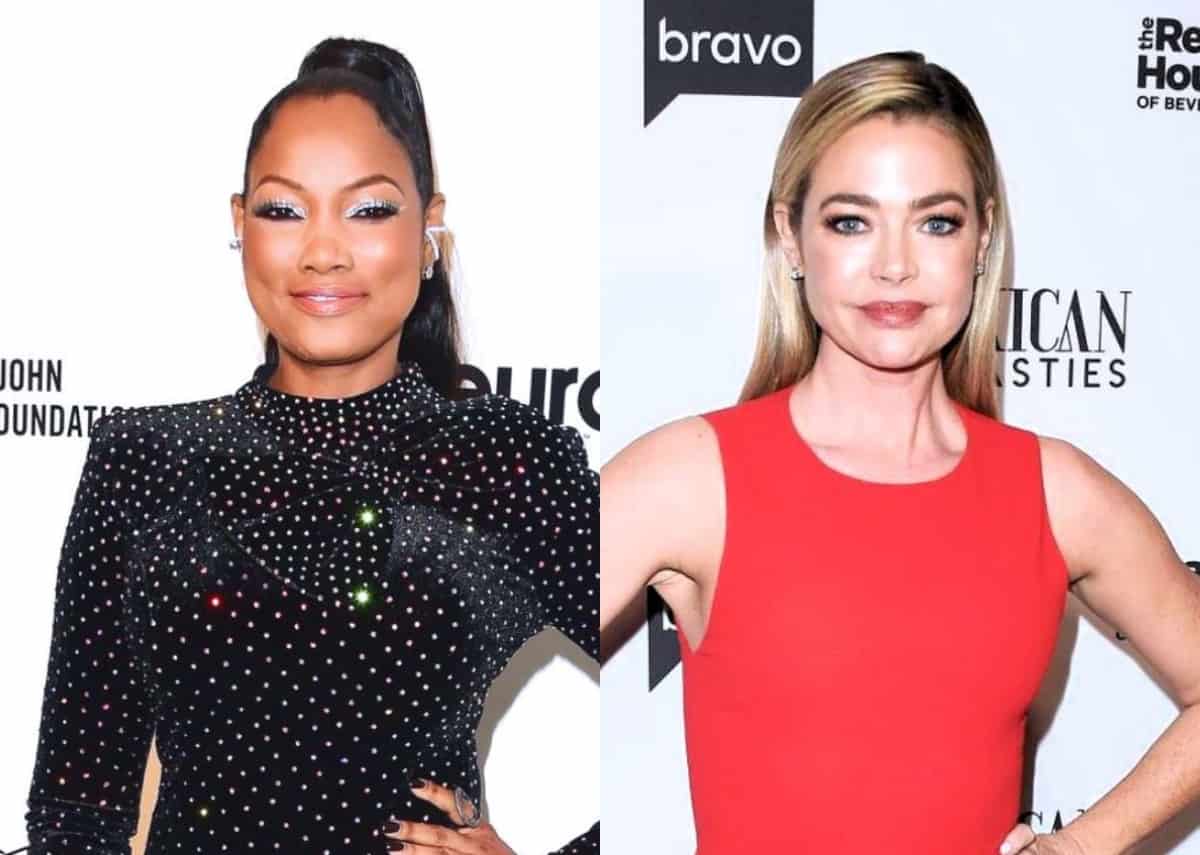 It seems all is well with Garcelle Beauvais and Denise Richards following Denise’s exit from The Real Housewives of Beverly Hills.

Garcelle and Denise are letting fans know they’re still close as they took to Instagram on Monday to share a cute video of their lunch date.

“Hey guys, so I know it’s Monday, but I took a little time to come out and hang out with a girlfriend, and we just wanted to say hi,” Garcelle says at the beginning of the Instagram video.

That’s when Denise — who was initially staying out of the camera’s view — popped up and said, “Hello. Fun to catch up. I’ve heard a lot [but] my lips are sealed.”

Garcelle joked, “They better be.” Denise responded, “They are.”

The ladies really seemed to be enjoying one another’s company as they haven’t seen as much of each other since Denise quit the show following a tumultuous season 10.

As fans well know, Denise decided to walk about from reality TV after Brandi Glanville claimed she and the Wild Things actress had “hooked up.” Though Denise maintained that she did not sleep with the Drinking and Dating author, it became the central storyline of the season. Initially, Garcelle said she would not return for a second season unless Denise would be joining her, but The Real co-host obviously had a change of heart.

Just last week, Garcelle dished on her friendship with Denise when she spoke with Us Weekly while promoting one of her latest projects.

“[Denise] is good. She’s working a lot,” she said on April 29, adding, “I said to her that she looks younger and happier since she left the show.”

Garcelle then went on to say that Denise actually “misses” some of the Beverly Hills ladies, but the last season was just too “tough” on her friend.

“With Denise and I being actors, we’re used to playing a character,” she explained. “When you’re doing reality, you have to be exactly who you are and that can be tough sometimes. There’s vulnerable times that you don’t want to share, but you have to because you signed up for it.”

Though the Coming 2 America actress wishes her friend was still on the show, it seems they truly do still keep in touch, and they’ll always have their lunch dates.