RHOBH’s Brandi Glanville Claims She Felt Like Denise Richards’ “Hostage” After Alleged Affair and Explains Why Denise Tried to Rekindle Friendship, Plus Reason She Went Public With Rumored Hookup 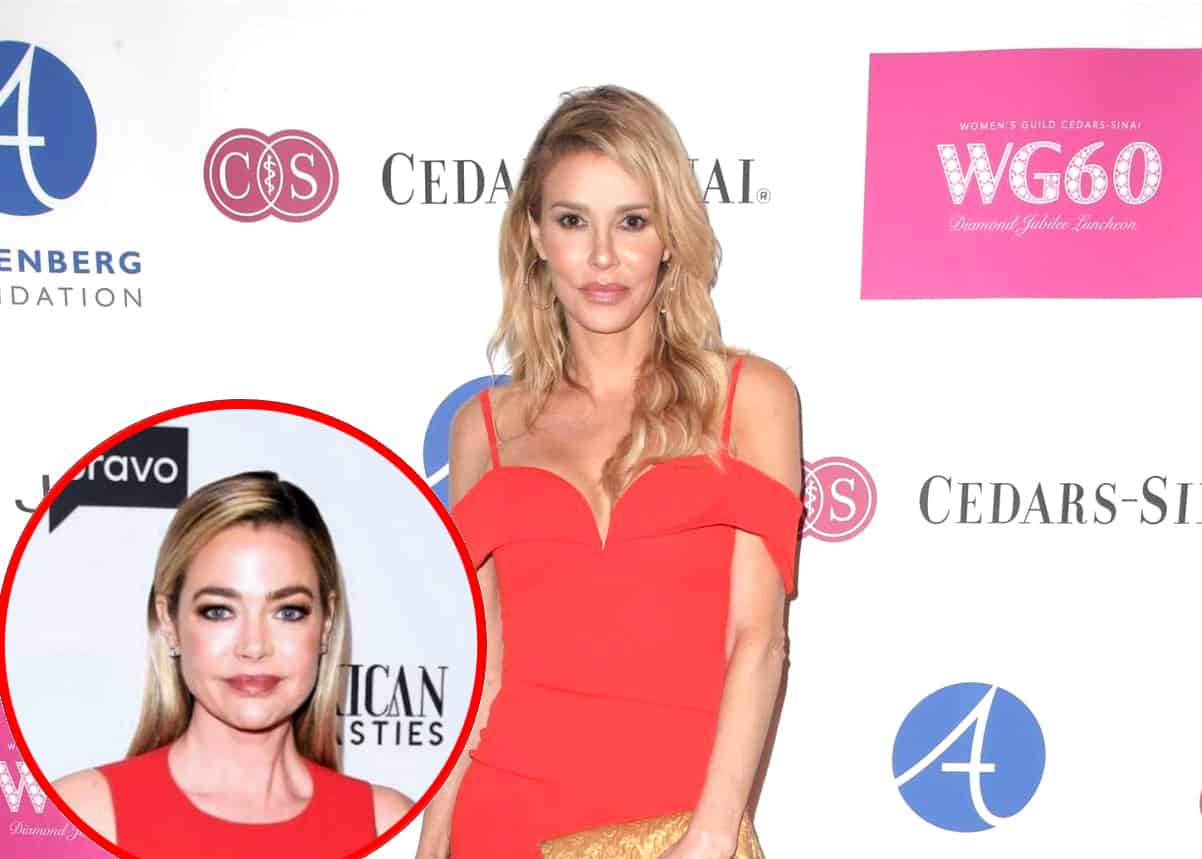 Brandi Glanville claims she felt like a hostage after reportedly hooking up with Denise Richards in 2019.

While opening up about her supposed affair with Denise, which she previously claimed happened sometime before The Real Housewives of Beverly Hills season nine, on a recent podcast, Brandi shared how she felt after spending time with Denise and admitted that when it came to sharing the dirty details of their alleged encounter, she didn’t initially plan on doing so on camera.

“I kind of felt like she was holding me hostage in a weird way,” Brandi explained on the January 14 episode of Let’s Get Raw with Rory.

According to Brandi, she could tell that Denise was interested in her prior to their hookup. So, when Denise invited her to Northern California, where she was shooting a film, she “kind of knew” something was “going to happen” between them.

What she didn’t know was how Denise would react afterward.

“After it happened she said to me, ‘Oh my gosh, if Aaron ever finds out, he’ll kill me.’ So then I felt like, ‘Oh my God, I have a secret.’ Also, I’m now a cheater. And that is the one thing that I’ve written both of my books about. And that I would never [do].”

In addition to making Brandi feel like a cheater, Denise reportedly ditched their friendship completely — but only until she learned that Brandi had been asked to return to the RHOBH for season 10.

“She basically kind of just ‘hit it and quit it’ [and] it was like [she was] holding it over my head because I couldn’t say anything. She was calling me like 10 times a week in the beginning, until she got what she wanted. I felt used. And all of a sudden the show calls me to come back on, and she’s blowing up my phone,” Brandi recalled.

“I’m like, ‘Okay so you couldn’t be my friend to help me get through what I was feeling.’ I had guilt and I felt horrible,” she continued. “And I go, ‘Now that I’m on the show, you want to be my best friend… because you’re nervous that I’m gonna say something?’ Don’t act like you’re my friend and then something happens and all of a sudden you’re radio silent and I’m a cheater and you can’t help me through that.”

As time went on, Brandi began to feel as if Denise was not the person she believed her to be.

“Starts talking about the other women on the show and I’m seeing a completely different side of this human being who I just thought was this fun, chill person,” Brandi revealed.

As for why she ultimately decided to speak about their alleged affair on RHOBH, Brandi suggested Kim Richards left her with no choice.

“I drunkenly told Kim Richards [and] Kim was gonna repeat it, and not the right way. And then Kim’s like, ‘You gotta tell people.’ And I really was on the fence. I didn’t want to,” she confessed.

The Real Housewives of Beverly Hills is expected to return to Bravo this spring for season 11.