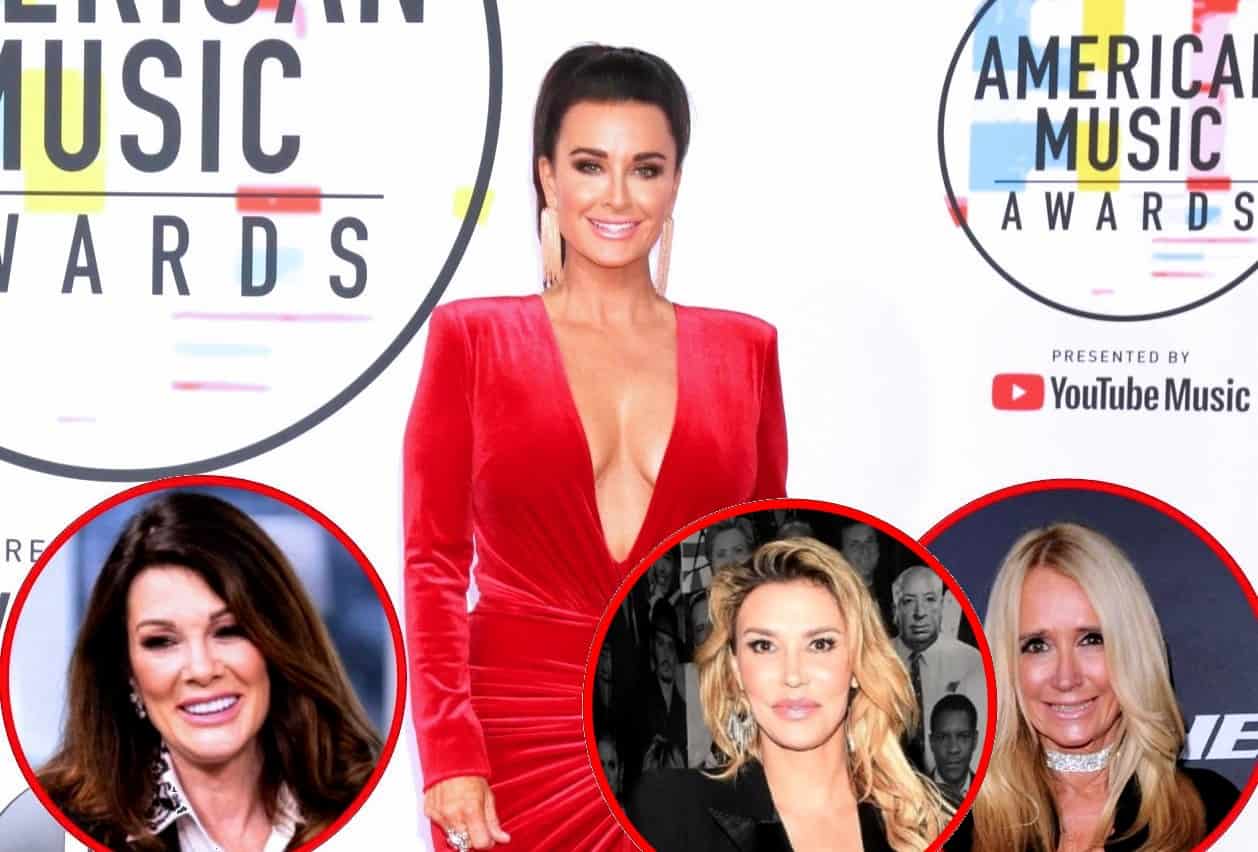 Kyle Richards is telling all about the upcoming 10th season of The Real Housewives of Beverly Hills.

While attending the Kate Somerville Clinic Celebrates 15 Years on Melrose party on Thursday, October 10 in West Hollywood, California, Kyle revealed how it’s been filming with her new co-stars, Garcelle Beauvais and Sutton Stracke, after the sudden exit of her longtime co-star and former friend, Lisa Vanderpump.

“[I’m] really busy shooting Halloween and Housewives at the same time. It’s been a little bit challenging, but it’s been amazing,” she told Hollywood Life.

Kyle and her co-stars began filming in August, and so far, she’s enjoyed the time spent with the new ladies. That said, she noted that there is “always” drama between the cast.

“I think they’re great additions to the show and per usual, a lot of different personalities there so — We shall see!” she explained. “For me, anytime someone joins, I’m like, ‘Great, let’s do this!’ so I welcome them. Like everyone, I always do that. I know it’s very scary for someone to join the show and especially because some of us have been there for so long.”

As for how things have been going without Lisa, Kyle said it’s “business as usual.”

In September, just weeks into filming RHOBH season 10, Teddi Mellencamp announced her third pregnancy, and Kyle couldn’t be more excited for her friend.

“It’s our first Real Housewives Of Beverly Hills baby! It’s great! It’s so fun,” she said. “We all feel like we’re a big part of it.”

Kyle went on to tease the possible returns of Brandi Glanville and Kim Richards, both of whom have appeared on several of the series’ past seasons.

Regarding her continuing role on the show, Kyle said that when it comes to her own potential exit from the series, she’s not sure how many more seasons she has left in her.

In addition to her ongoing career in reality television, Kyle recently returned to acting as she reunited with Jamie Lee Curtis to film the reboot of Halloween, Halloween Kills, which is due to hit theaters in 2020.

“It’s been amazing [working with Jamie]. She’s amazing. It’s really exciting to be shooting the movie and bringing back my role of Lindsey and being back in Haddonfield so it’s been really exciting and just loving acting, and I’m really liking it a lot. I’m having the best time,” Kyle gushed.

The Real Housewives of Beverly Hills season 10 is currently in production and expected to return to Bravo TV sometime next year.