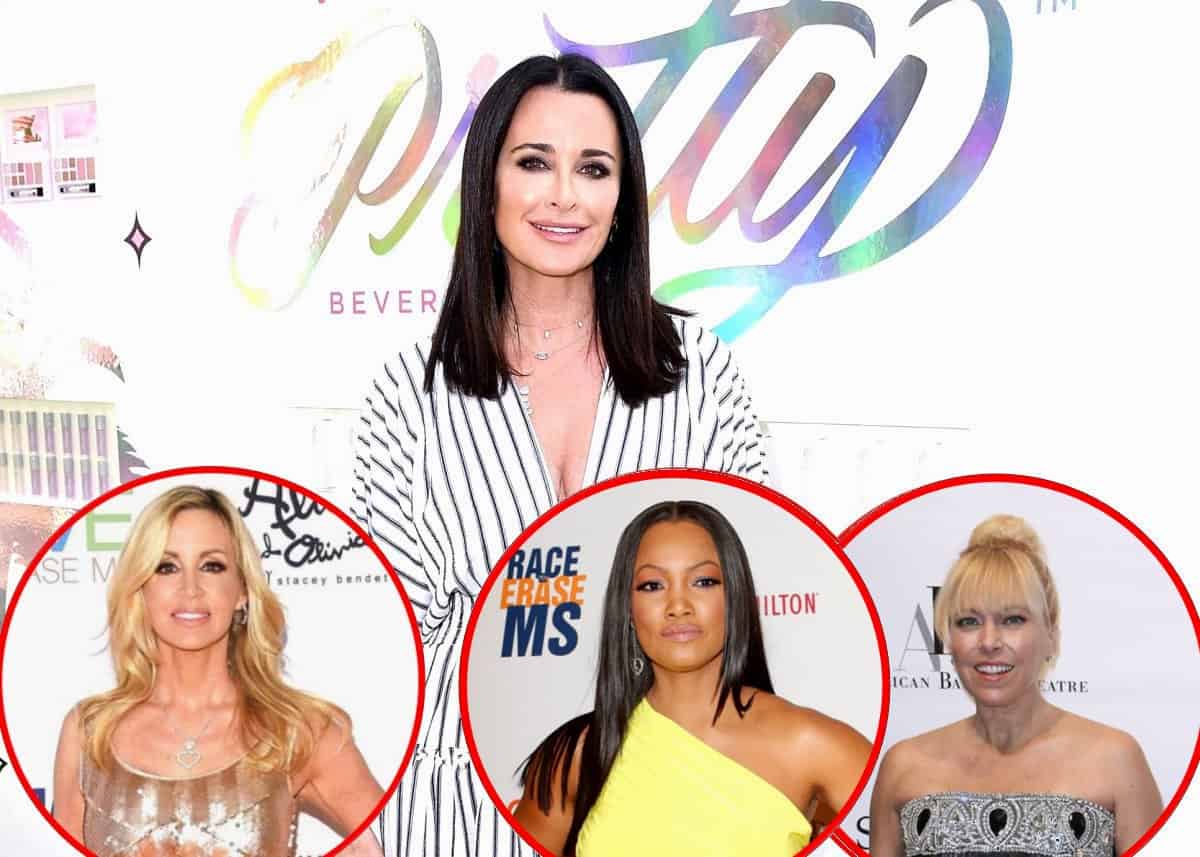 The Real Housewives of Beverly Hills star Kyle Richards is once again responding to former cast member Camille Grammer‘s claims that she had something to do with her being booted from the show. Plus, she reveals how new housewives Garcelle Beauvais and Sutton Stracke are fitting into the group.

From filming the new season of RHOBH to developing a brand new fashion line, this green-eyed reality star is pretty busy these days! But according to former Beverly Hills housewife Camille, Kyle took some time to make sure producers kept the former “friend” far away from Bravo cameras.

During the launch of Kyle’s brand new fashion line, Kyle and Shahida, the 50-year-old Bravo star once again addressed whether or not she had something to do with the fact that Camille was fired from the show as the reality star claimed on Twitter.

“I mean, I don’t know what goes through Camille’s mind,” Kyle explained backstage at her fashion show in an interview with Entertainment Tonight. “I really don’t know what to say, but I’m not the reason that Camille is not here right now.”

This isn’t the first time Kyle has commented on Camille’s claims. Just last week, Kyle told TMZ that she didn’t have any problems with Camille and wasn’t sure where those comments were coming from.

Camille’s bold claim also attracted the attention of fellow Bravo-lebrity Tamra Judge of Real Housewives of Orange County. The CUT Fitness owner took to Instagram to defend Kyle, saying the hiring and firing process “doesn’t work like that.” Camille responded to the OC housewife’s comments by insisting that Kyle has some pull because she was involved in the developing process of the series.

However, when one door closes, another opens. And in this case, Camille’s exit likely led to the hiring of two new RHOBH castmembers, Garcelle and Sutton. Speaking to Us Weekly, Kyle revealed how the new ladies are fitting in.

“Fantastic so far,” said Kyle backstage at her fashion show on September 8. “Just starting to get to know them, but it’s new so, time will tell.”

When asked if she has gotten close to any of the new ladies, Kyle admitted that it’s too “early” to tell because they’re still “new to the group.” She also noted that it’s “hard to tell” what the ladies will be adding to the new season.

Season 10 of The Real Housewives of Beverly Hills is currently in production and is expected to air next year. And it will not include Lisa Vanderpump, who quit the show back in June and skipped the season nine reunion taping.