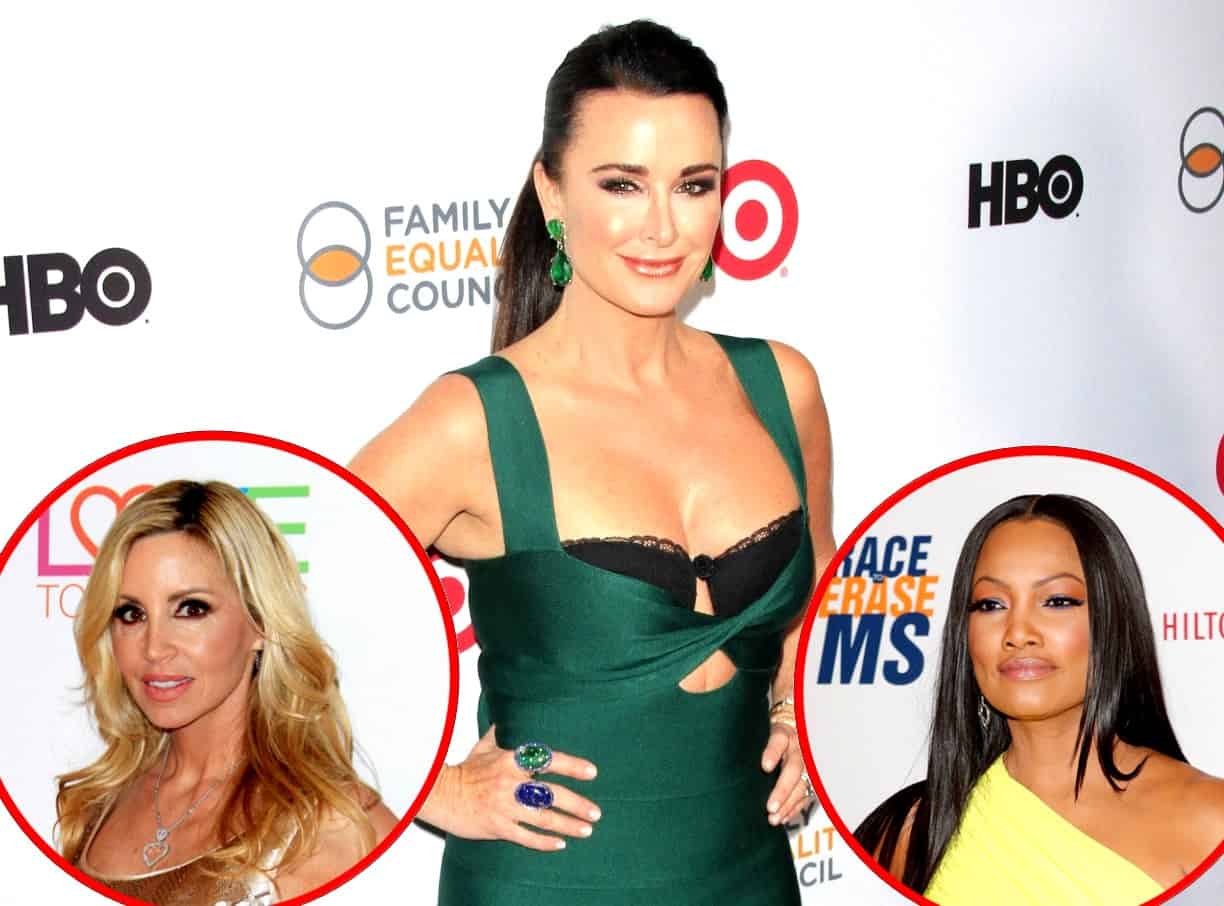 Kyle Richards is responding to a recent tweet shared by Camille Grammer.

After having dinner at Craig’s restaurant on Tuesday night, the Real Housewives of Beverly Hills star opened up about Camille’s suggestion that Kyle got her fired. Then, she addressed Garcelle Beauvais‘ addition to the show and the return of Halloween.

“That’s not true, that’s not true. I never had an issue with Camille. I don’t know where that came from,” Kyle told TMZ in response to Camille’s tweet about RHOBH being turned into The Kyle Show. “If that’s what she thinks, but that’s not what I said. I would not think that.”

According to Camille, she didn’t want to come back after her “awful experience” at the season nine reunion. She also said she didn’t even have the option to come back because “it was up to Kyle.” 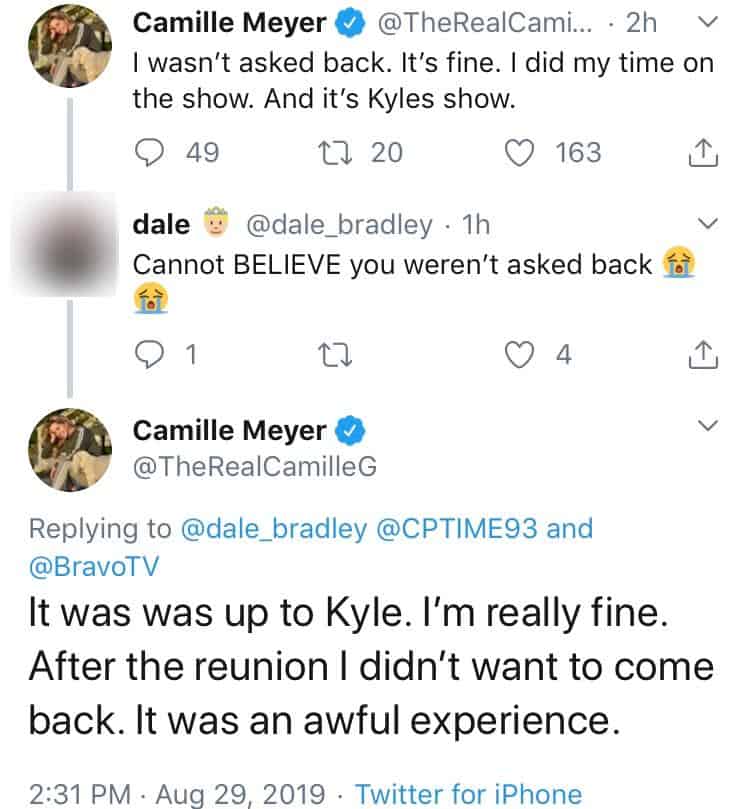 Following Camille’s exit from the show, and the June exit of Lisa Vanderpump, Kyle and the remaining ladies of RHOBH were joined by new additions Garcelle and Sutton Stracke for filming on season 10.

“I love it. We’re very excited about that. She’s gonna be great,” Kyle said of Garcelle.

As fans well know, Garcelle is joining the show as the series’ first African American cast member. As the report pointed out, it was quite “interesting” that Camille wasn’t asked to return to the show for Garcelle’s debut season, considering rumors began swirling in regard to a potentially racial comment she made during the season nine reunion months ago.

Also during her chat with TMZ, Kyle said she was “so excited” about the upcoming return of Halloween.

“I’m so excited to be coming back after all of these years and bringing my character back. It’s very exciting,” Kyle said.