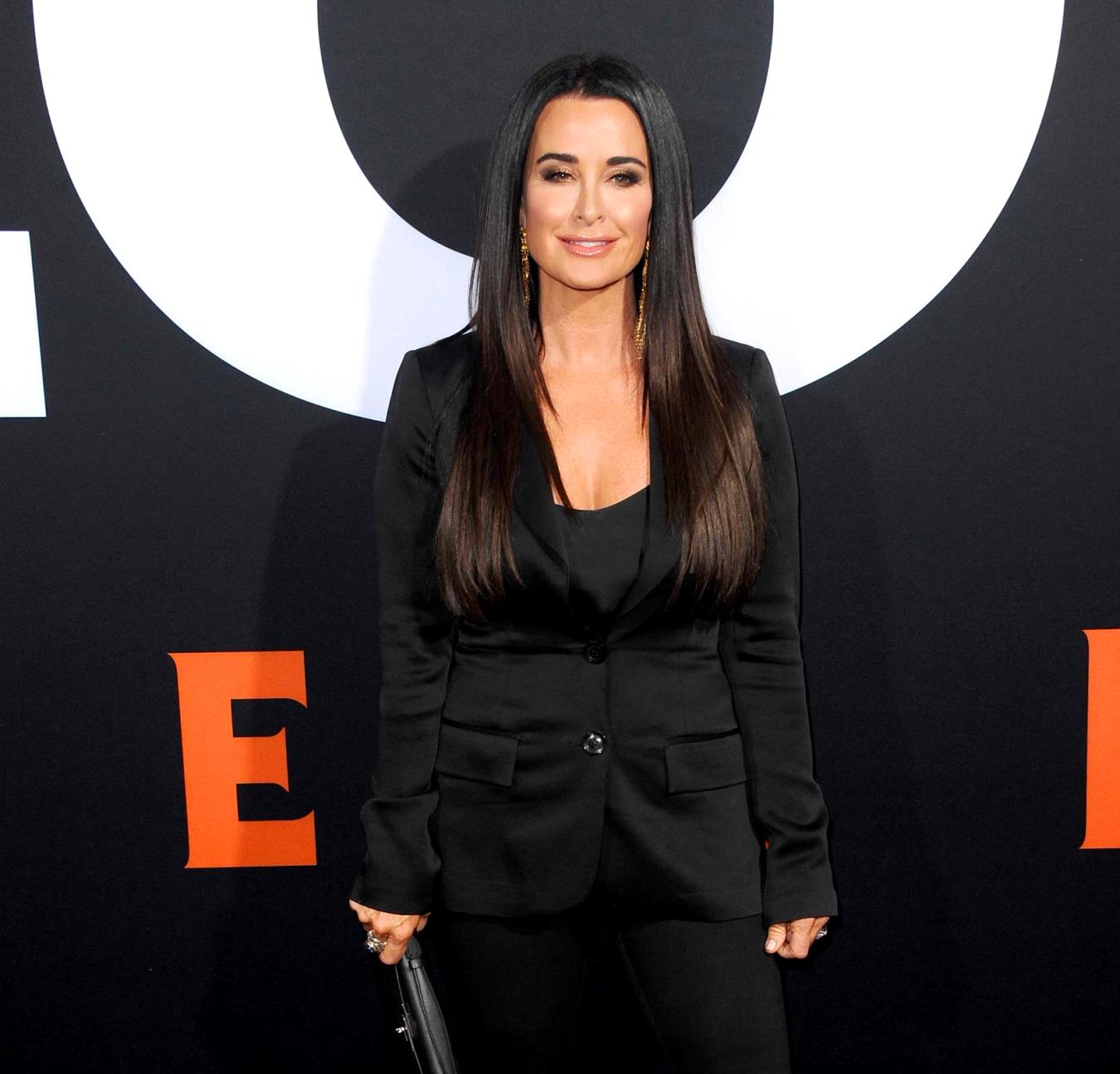 The Real Housewives of Beverly Hills star Kyle Richards is launching a new clothing line in addition to reprising her role in a classic movie.

Fans can barely contain their excitement at the news that this Beverly Hills fashion maven is launching her very own clothing line with fashion designer Shahida Clayton! Kyle partnered up with Shahida to launch the new collection of resort-ready clothing that they’re calling Kyle and Shahida.

According to WWD, the collection will debut on September 8 at a runway show at Pier59 with costars Lisa Rinna, Denise Richards, Teddi Mellencamp, Erica Jayne, and Dorit Kemsley expected to be seated front row. And, of course, cameras will be rolling so fans can catch all the fashion action in the upcoming season of the show.

This will be Kyle’s first time returning to the fashion industry since her former HSN collaboration and the closing of her Kyle by Alene Too boutiques.

“When I closed my store in Beverly Hills, I saw all these ‘for lease’ signs, and thought, yikes, what should I do?’” Kyle dished in an interview with WWD. “My husband told me to take a breath, and then I started to talk to Shahida, someone whose work I love and admire — and had been carrying in my stores, and wearing on the show for years.”

Kyle continued to gush over Shahida’s own fashion line, Shahida Parides, and she admitted that her caftans sold incredibly well at her now-closed boutiques. And since Kyle has always been a fan of caftans, as fans have seen on the show, combining her love of fabrics with Shahida’s fashion knowledge helped bring her vision to life.

“I wanted to do a collection that looked fashionable, elegant, chic and comfortable, with beautiful wildlife and nature prints. I’m an avid animal and nature lover, and wanted that reflected in the line, which will give back to various charitable foundations,” Kyle said of the line.

The Kyle and Shahida pieces retail anywhere from $200 to $500 and will include resort-friendly jumpsuits, rompers, basic skirts, dresses, robes, and jackets that can be worn for both day and night looks.

The Beverly Hills housewife also made it clear that her fashion line will include pieces appropriate for the wide range of women that watch her on her reality show. Kyle and Shahida also plan on showcasing their clothing in brick and mortar stores in the future. 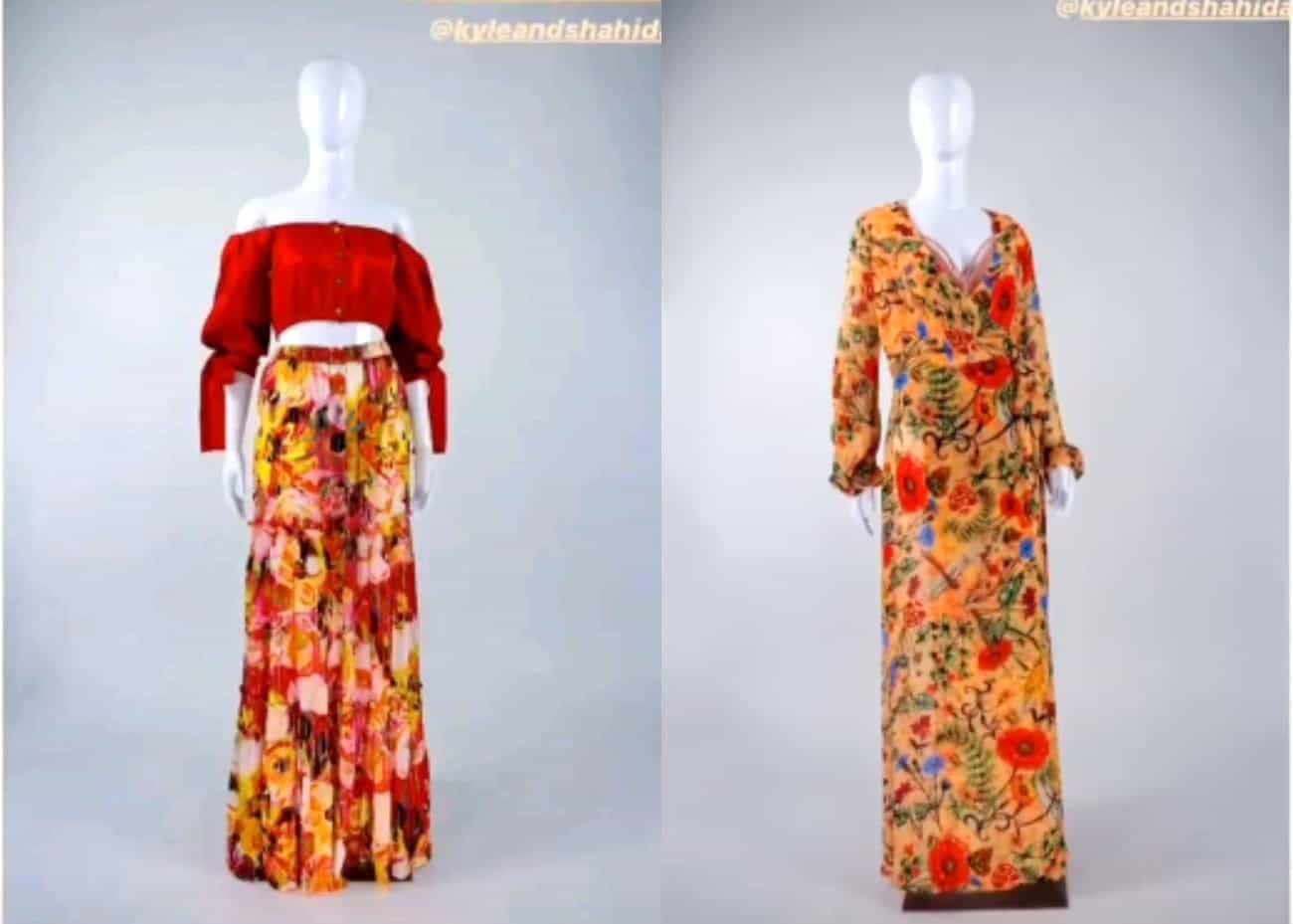 “Many designers start a line and it doesn’t come to anything; my goal is to get results,” said Kyle’s partner, Shahida, as she explained the sales of her clothing have always gone up when the housewives flaunted them on the show.

“Reality TV is a great platform to showcase these things,” added Kyle.

While the Bravo star appears to have her hands full with her new fashion line, it isn’t stopping her from returning to her original passion: acting.

The former actress will be returning to the big screen as she reprises her role as Lindsey Wallace from the cult classic 1978 film, Halloween, according to a report by Entertainment Weekly. Her character was one of the kids Jamie Lee Curtis‘ character Laurie Strode babysat as she was terrorized by the infamous masked killer, Michael Myers.

Kyle will appear in the upcoming film, Halloween Kills, which is a direct sequel to 2018’s Halloween. She’ll be joined by Anthony Michael Hall, who’s set to replace the original character Tommy Doyle, along with seasoned actress Jamie Lee Curtis.

This news comes nearly a year after Kyle’s Paramount Network show American Woman was canceled in September 2018 due to a decline in ratings.