Home Real Housewives of Beverly Hills News Camille Grammer Reveals RHOBH Season One Salaries and Says Teddi Mellencamp is Only Returning Because of Kyle Richards, Plus She Fires Back at RHOC’s Tamra Judge

Camille Grammer Reveals RHOBH Season One Salaries and Says Teddi Mellencamp is Only Returning Because of Kyle Richards, Plus She Fires Back at RHOC’s Tamra Judge 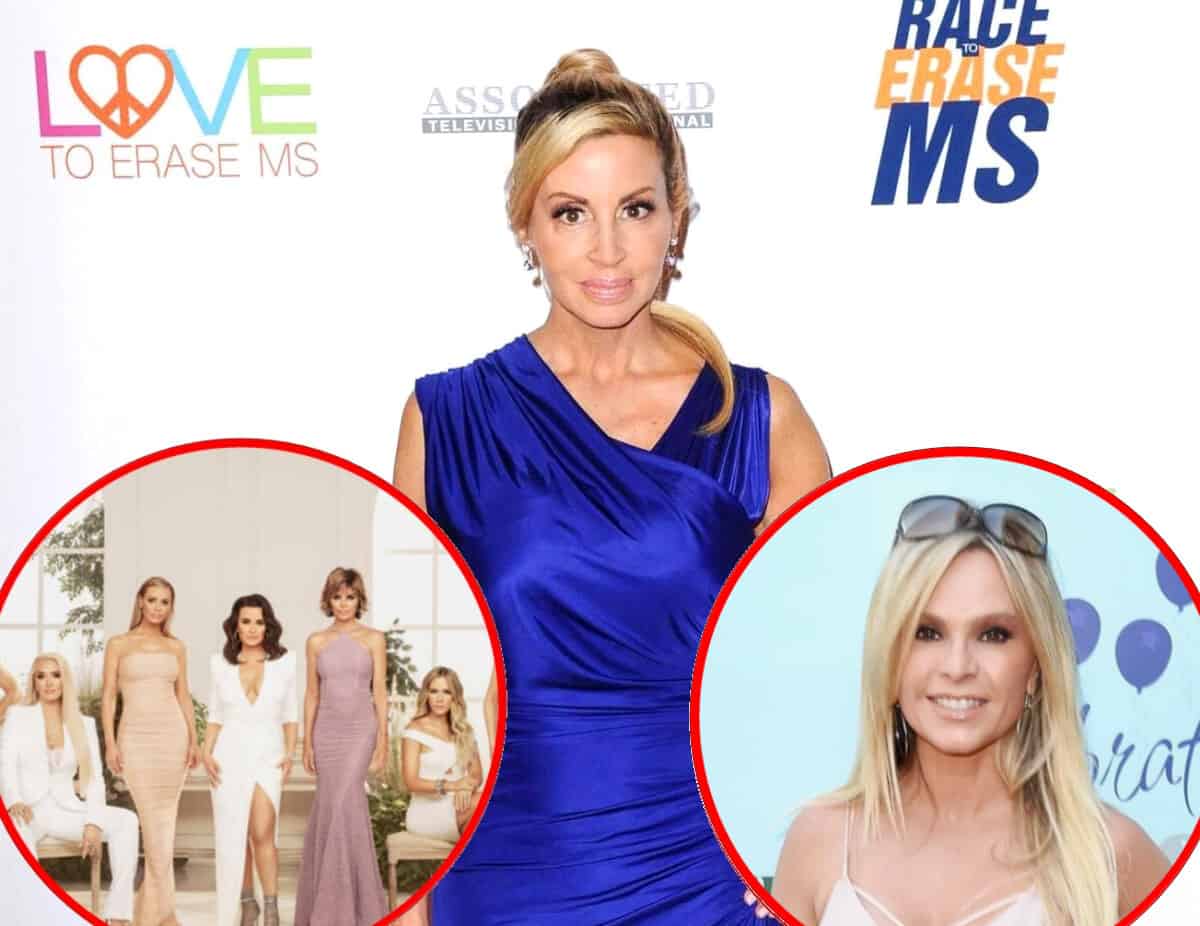 Camille Grammer dropped a number of bombshells about The Real Housewives of Beverly Hills during a feud with Tamra Judge after Tamra stated she doesn’t believe Kyle Richards called for Camille’s firing.

On Instagram, after reading about Camille’s latest claims that Kyle was to blame for her RHOBH exit, the Real Housewives of Orange County star Tamra spoke out about her thoughts on the matter. Then, Camille insisted in a series of now-deleted posts that Kyle does have a say in casting, and she revealed what the season one cast was paid for the show’s debut season.

“Such bullish*t! It doesn’t work like that,” Tamra wrote on Instagram of Camille’s suggestion that Kyle had her fired. “We have same production Company and that’s NOT the story I heard. When you’re Not Friends with any of the cast they have No other choice but to let you go. No cast member has the power to fire someone.”

At the end of last month, Camille told fans on Twitter that she wasn’t asked back to “Kyle’s show” and said it was “up to Kyle” whether or not she returned. However, according to Kyle, who spoke to TMZ days later, Camille’s claims were “not true.” In response to Kyle’s denial, Camille told her online audience not to “believe her spin” and noted that she had been told otherwise by her producers.

Following Tamra’s shared reaction to the drama between Camille and Kyle, Camille shared a number of messages on Instagram.

“You know better. It’s was [Kyle’s] show from the very Beginning,” Camille wrote in her first post to Tamra. “She had a development deal with Evolution for a show with [Kim Richards] and [Kathy Hilton]. Kathy backed out and there was some Controversy over development. So they decided to make it the [RHOBH]. She brought [Lisa Vanderpump] and she asked me to take a meeting with Evolution. Andy was not interested at first.”

Months ago, after Kyle revealed on The Jenny McCarthy Show that it was her decision to sign onto the RHOBH that secured the launch of the series, Andy Cohen stated on his radio show, Andy Cohen Live, that it was Lisa who sold him on doing the show. While Andy may have been most impressed by Lisa, Camille claimed it was Kyle who was paid the most for season one.

The MFN clause is the guarantee to a cast member of the show that no other cast member will make more than them. This is usually given to the most popular cast members on the Real Housewives franchises.

Camille also went on to suggest that if it weren’t for Kyle allegedly having some control over casting, Teddi Mellencamp would be long gone.

“She has input. It was her development deal with Evolution. Why do you think Teddi is still there?” Camille asked.

Also on Instagram, Camille said that while she was offered to film a return scene for season 10 with Kyle, she chose not to do so.

“The producers asked me to make things right with Kyle because she was upset with me. Even her manager told me that Kyle was mad. [Alex Baskin] called me [to] film with Kyle and make things [right]. That’s a non starter. I declined and that’s the truth. I have texts from Alex and Chris Cullen,” she said.

Below are screenshots of Camille’s posts, which were captured by The Good Time Tea before being deleted.

The Real Housewives of Beverly Hills season 10 is in production and expected to air next year.