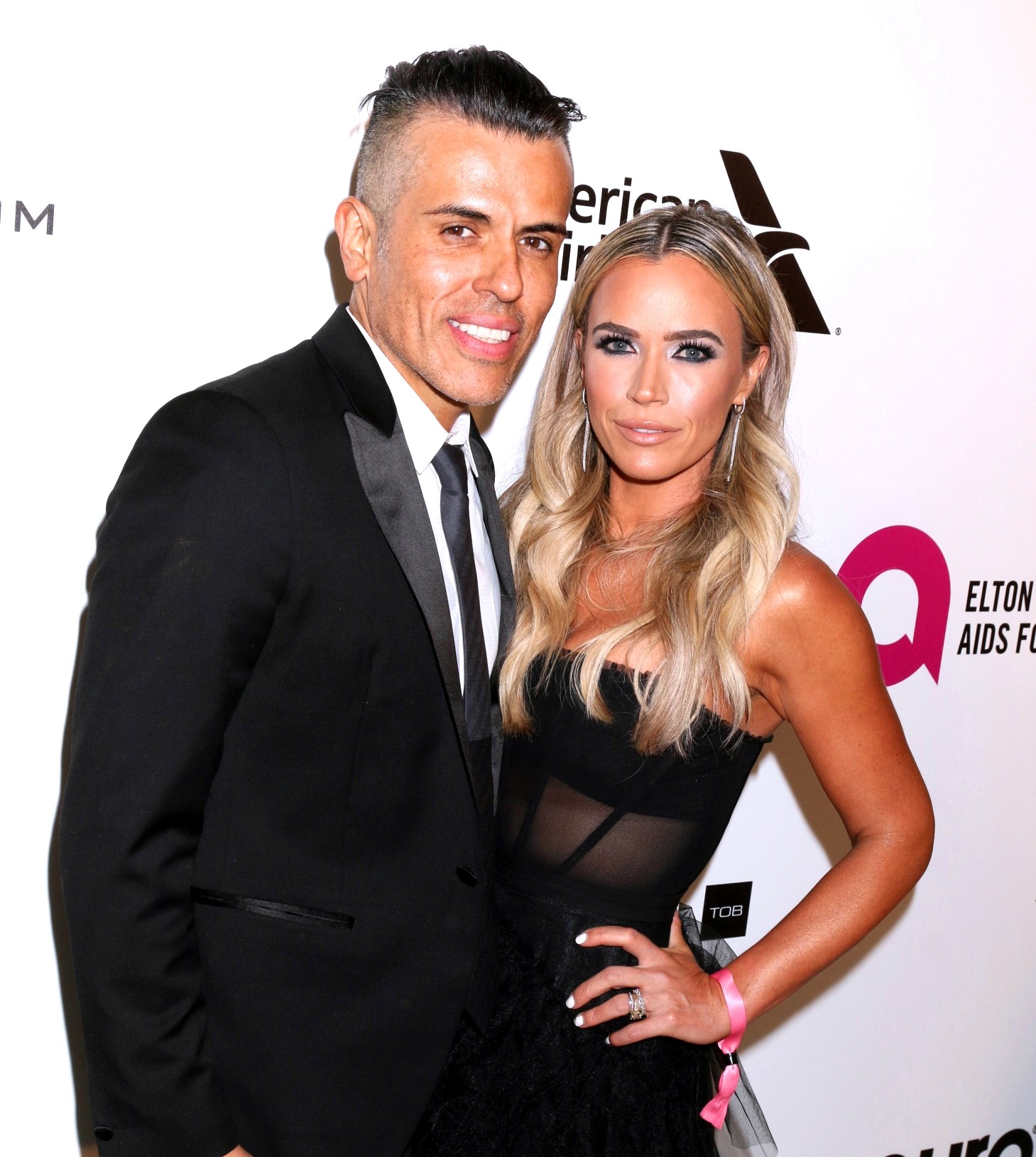 Just weeks into production on the upcoming 10th season of The Real Housewives of Beverly Hills, the accountability coach confirmed she and her husband, Edwin Arroyave, are expecting their third child–the fourth for Edwin, who also shares 10-year-old Isabella with an ex.

“I’m in my second trimester, 14 weeks,” Teddi confirmed to Us Weekly magazine on September 11. “Everything’s good and I’m in the clear, so I’m just starting to get to that point where I’m sharing with everybody. Plus now I have a bump, so there’s not much more hiding I’ll be able to do!”

Teddi, 38, married Edwin in 2011 and shares two children with him, including six-year-old daughter Slate and five-year-old son Cruz.

“They are so excited,” Teddi said of the youngsters. “They’ve been talking about it for a long time and actually it’s been my son who’s been like, ‘Mom, we need to have another baby,’ and I never wanted to get his hopes up. So when we told him, he was through the roof. So excited.”

Although Teddi, who first joined RHOBH in 2017 for season eight, went through IVF to conceive her first two children, her third pregnancy was a complete surprise.

“My husband said, ‘I don’t want to see you going through IVF again — that was brutal.’ It was so many rounds, but this time we really weren’t doing anything! I was on vacation! Just having fun with my family! It was a complete surprise,” Teddi admitted.

According to Teddi, she and Edwin are “over the moon” about their baby news, even though they will be forced to make some changes ahead of the child’s birth.

“I said to my husband, ‘We don’t even fit in our cars anymore!’ Think about it, there’s six of us! I’m like… ‘We’re going to start having to look at minivans! What’s happening!?’ We have to really figure it out,” Teddi explained. “We’re like, ‘Do we convert the playroom? What do we do?’ We haven’t even made those decisions yet, but we have to.”

While Teddi hasn’t had many pregnancy symptoms quite yet, she is feeling a bit tired at times and has experienced cravings for sweets. That said, the RHOBH star is keeping her diet as healthy as she can.