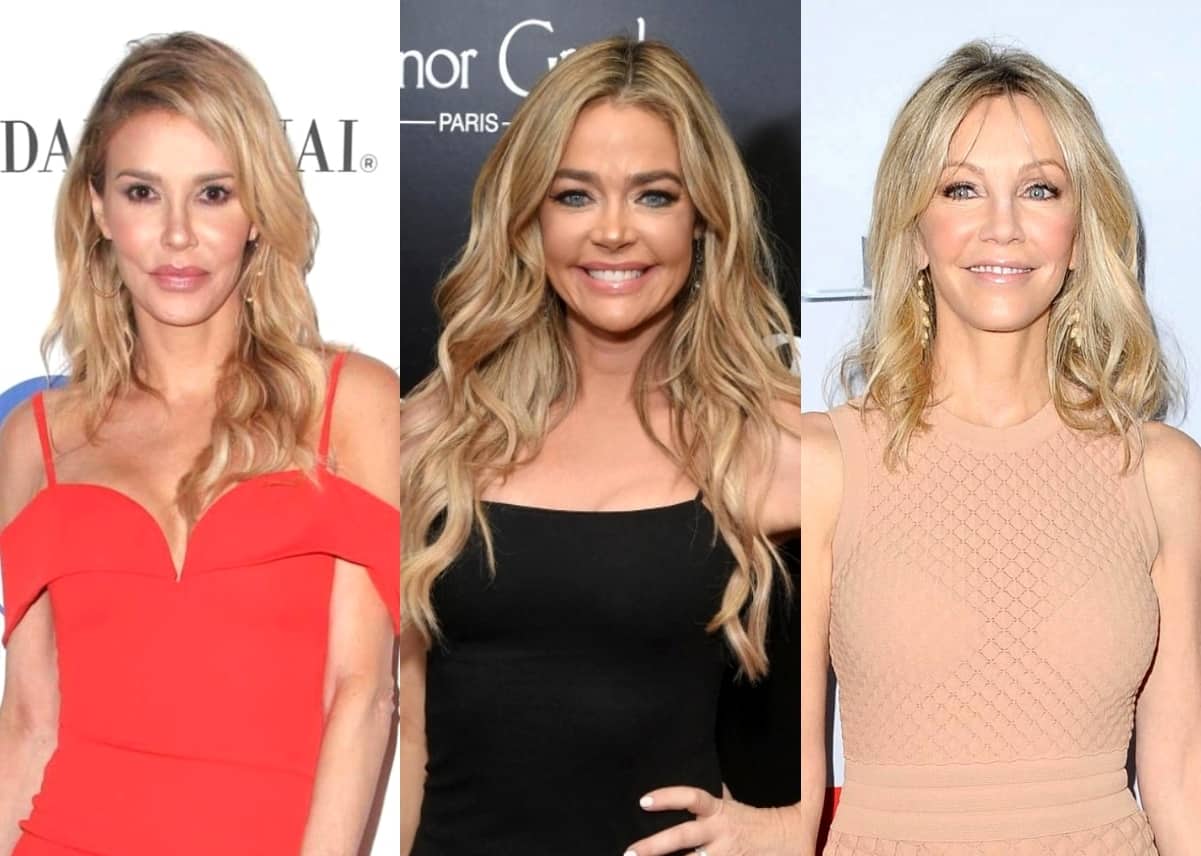 Brandi Glanville opened up about her rumored affair with Denise Richards during the September 9 episode of Watch What Happens Live, and as per the usual, she did not hold back.

In addition to telling host Andy Cohen that she was recently contacted by Denise’s former friend, Heather Locklear, who told her she too had received a letter of cease and desist from Denise, the Real Housewives of Beverly Hills star opened up about her alleged first make-out with Denise and revealed how many times they reportedly hooked up.

“Heather just reached out to me and said ‘Thank you’ with a bunch of hearts and prayers,” Brandi revealed. “It just made me feel like I was probably bringing this side of Denise out for everyone to see and I wrote back, ‘Of course. The truth always comes out,’ and she wrote a bunch more hearts.”

At that point, Brandi attempted to convince Heather to appear alongside her on WWHL, but she declined, citing a past legal threat from Denise, who once made headlines for engaging in an inappropriate relationship with Heather’s former husband, Richie Sambora.

“I said, ‘Hey, you should be on Watch What Happens Live with me,’ and she said, ‘I’ve already had a cease and desist from Denise so I’m not going to do it,’” Brandi explained.

During another segment of the show, Brandi spoke about her motivation for going public with her claims against Denise.

As for why Denise denied being close to her, Brandi said the two of them were definitely “more than friends” before accusing Denise of being “confused” and constantly contradicting herself.

Because of Denise’s denials regarding her relationship with Brandi, many members of the RHOBH cast sided with Brandi, including Denise’s former friend of 20 years, Lisa Rinna.

“I think that Rinna is a truth-seeker and they all know, I might be an a**hole, but I do tell the truth,” Brandi said in response to Lisa opting to believe her over Denise. “Look at everything I’ve done in the past, it’s all [a**hole-ish] but truthful.”

After first telling her castmates that she and Denise hooked up in 2019 on the show, Brandi confirmed to Andy that she actually had two separate experiences with the actress.

“The first night I met Denise, we made out in the bathroom,” Brandi shared. “She asked to see my t*ts because she said she had to get her boobs redone. We went into the restroom, she threw me against the wall and we were making out. We were wasted and it was fun. Then she invited me away to her set and we f*cked and that was it.”

Although Denise claimed Brandi told her she also slept with another member of the cast, Brandi denied that completely.

“I think they’re all beautiful. But [it] never happened, never came out of my mouth. It’s just blatant lies,” she said of her co-star’s statements. “It would have to be Rinna or Kyle and it wasn’t either of them.”

“And, if I could choose, I would pick [Erika Jayne],” Brandi added.