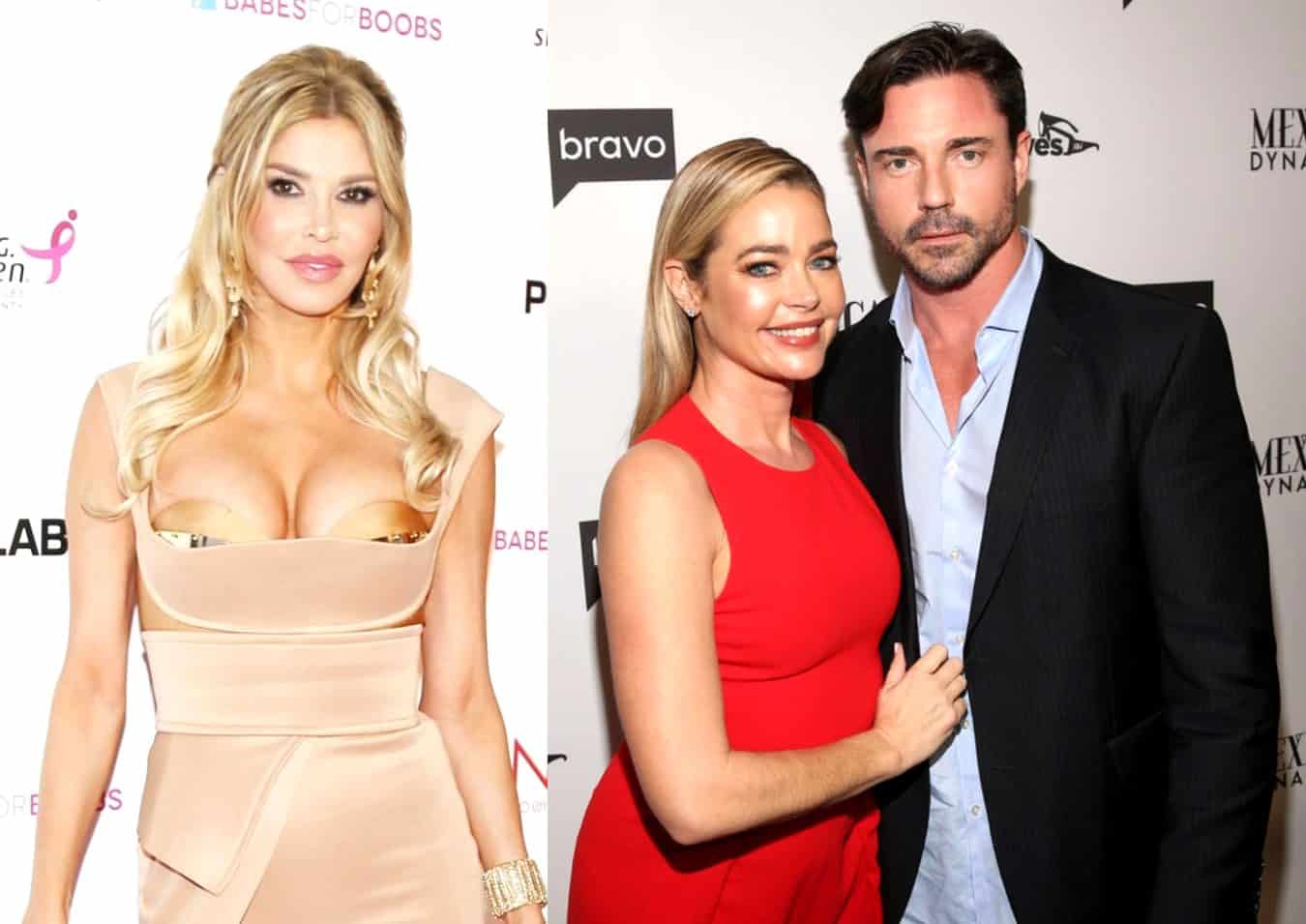 Brandi Glanville is ready to put her money where her mouth is.

After going public with her alleged hookups with Denise Richards during Wednesday night’s episode of The Real Housewives of Beverly Hills, Brandi took to Twitter, where she confirmed she is willing to take a lie detector test before claiming she and Denise hooked up twice and accusing her and her husband, Aaron Phypers, of enlisting her to “find chicks for them.”

Following a tweet from a RHOBH viewer who slammed Brandi’s trashy mouth and said she has a “disgusting track record,” Brandi encouraged the critic to hold her tongue about what went down between her and Denise.

“I’m not lying,” Brandi wrote. “I will take any lie detector test you want me to take and she f**ked me over like no one else.” 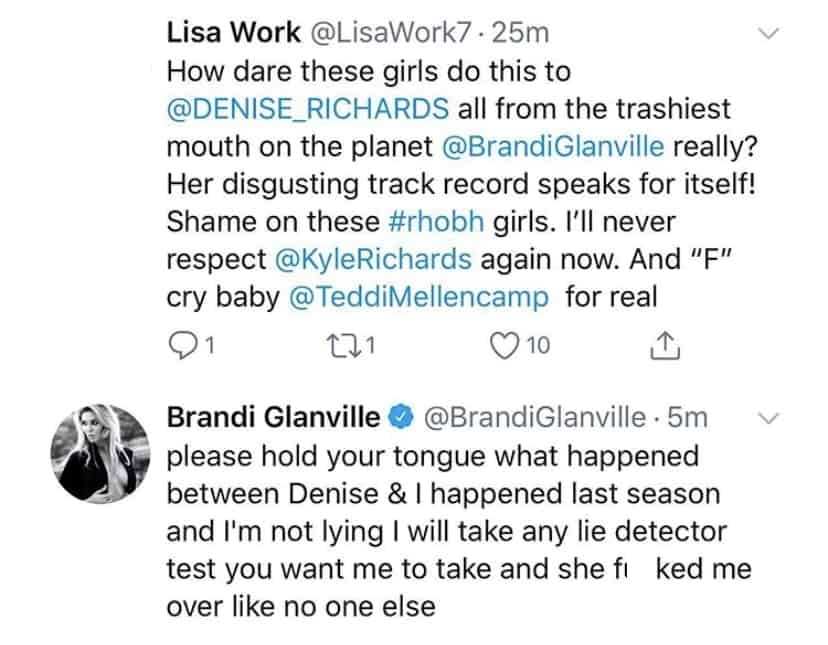 “I’M NOT F**KING LYING -just keep watching -f**k,” she continued in another tweet.

Then, after being accused of betraying Denise’s confidence for a paycheck, Brandi claimed it was Denise who “f*cked” her over.

“I like you Brandi but do you need money so much that you would betray a confidence for a TV show?” the person wondered.

“Yes, I honestly held my tongue for 9 months we hooked up twice she completely fucked me over,” Brandi shared. 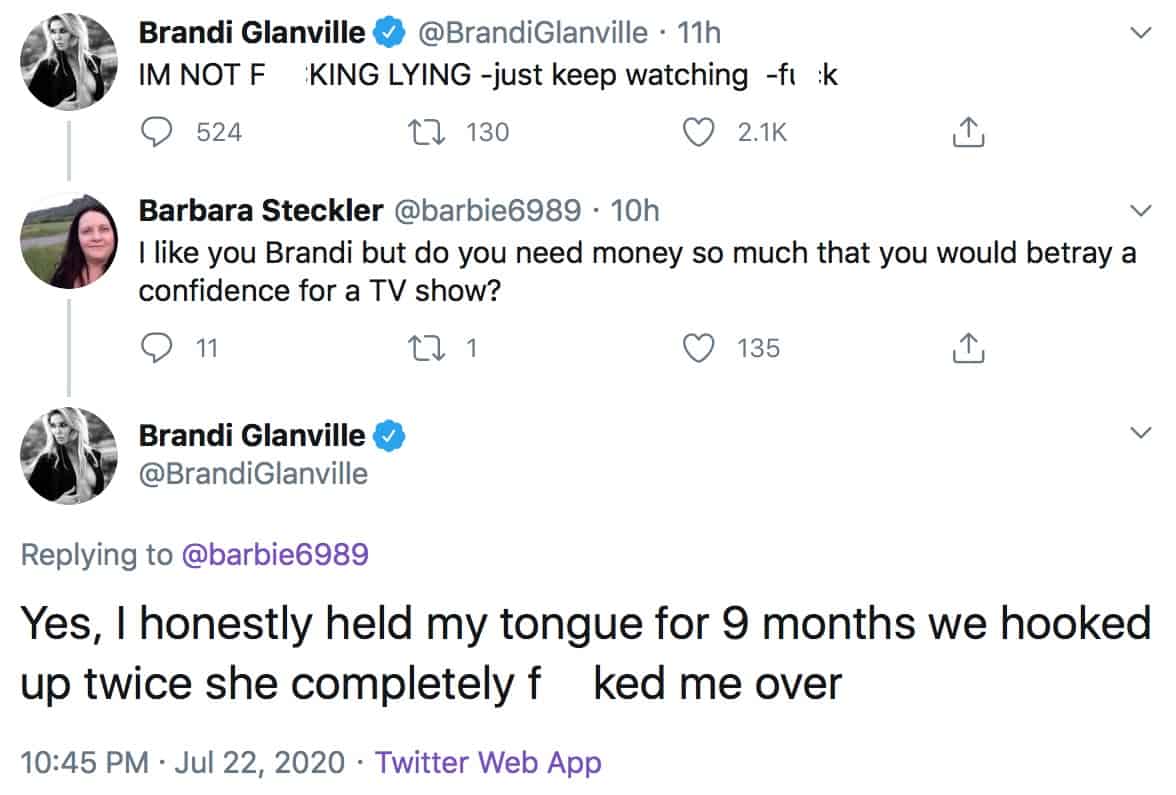 Continuing on, Brandi reacted to another person who said that she could have easily kept her supposed affairs with Denise to herself while accusing her of ruining Denise and Aaron’s marriage.

“First off f**k off. I’m not ruining any marriages!!!” Brandi insisted. “They are open and asked me to find chicks for them!! Please f**k off.” 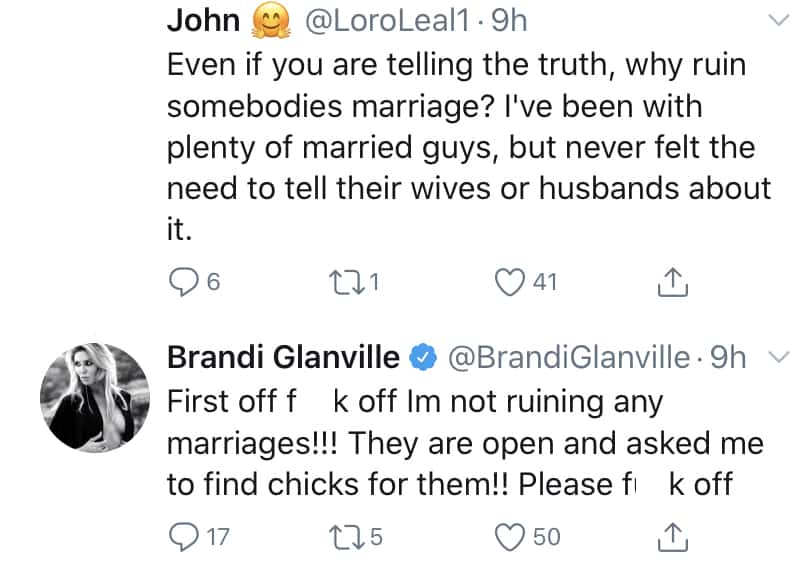 “Brandi voluntarily had an entanglement (lol) with a married woman. She knew she was married. It’s like when a man [tells] you he is getting a divorce and you believe him,” another person wrote about Brandi’s relationship with Denise.

“When you see everything you will understand,” Brandi replied. 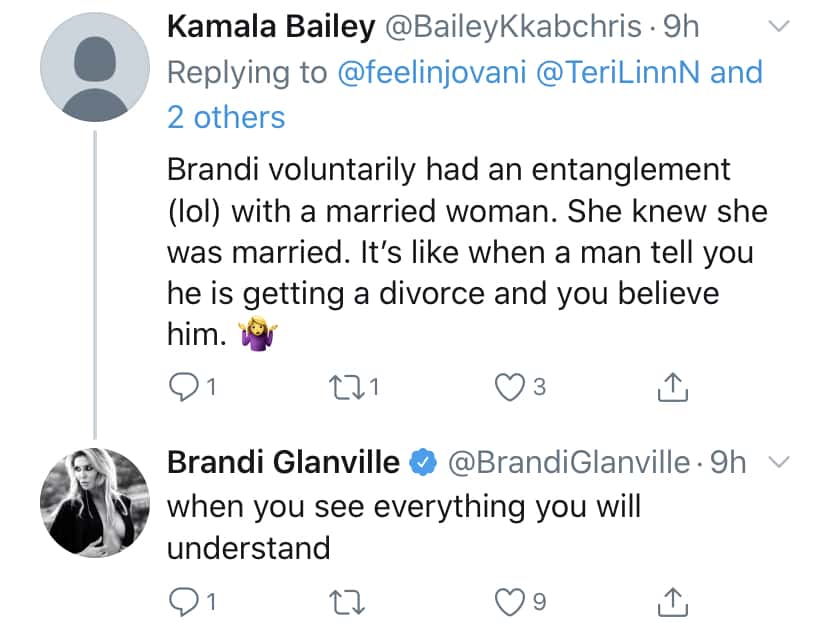 Brandi was also met with a fan who said that she believed Brandi’s claims against Denise because Brandi is an “open book” and clearly felt terrible about breaking her own cheating rules. 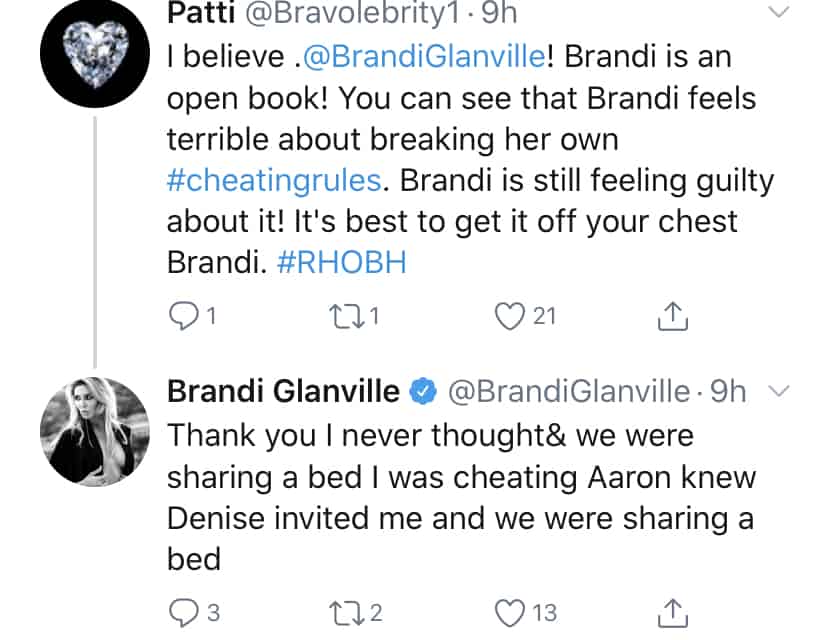