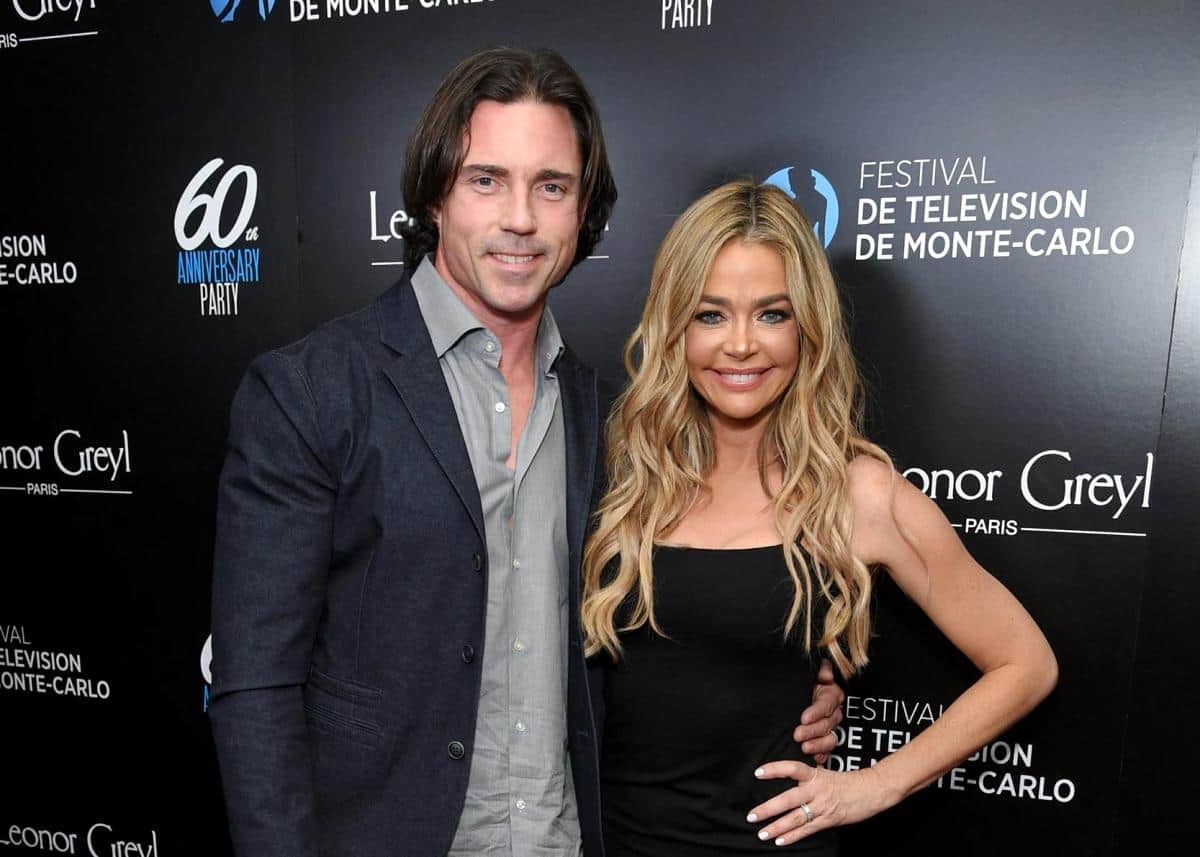 Denise Richards and Aaron Phypers are said to be doing “better than ever” as they prepare to face the upcoming drama surrounding Brandi Glanville and the alleged affair she reportedly claimed to have had with Denise amid filming on The Real Housewives of Beverly Hills season 10.

Following a controversial sneak peek at the remaining episodes of the season, which featured Brandi claiming she “f*cked” Denise before being told that Aaron would “kill” her if he found out, an insider claims Denise and Aaron’s marriage is “solid.”

“Denise and Aaron are doing great,” a source told Us Weekly on July 14. “They’re better than ever. They are really great together.”

While rumors began swirling earlier this year in which it was alleged that Denise had slept with Brandi after claiming that she and Aaron had an open marriage, Denise has denied any such thing.

“They’re unbothered by upcoming RHOBH story lines or any speculation about their marriage because they know it’s solid,” the insider continued.

As the affair drama begins to play out on the show, Denise and Aaron are staying focused on projects outside of the Bravo reality series, including their upcoming roles on The Bold and the Beautiful. As the magazine explained, Aaron will be serving as a “stand-in” as his wife returns to production on the series amid the coronavirus pandemic as to limit the spread of germs.

Last month, as Brandi continued to hint at her rumored romance with Denise, Denise appeared on The Talk, where she said she was refusing to let the drama between them play out online.

“I love for things to play out on television instead of social media,” Denise said. “But the stuff that’s been out there, I have been through it in the media with different claims being made. So for me, personally, this is like kindergarten. I’m, like, whatever. We’ll just let it play out on the show.”