Home Real Housewives of Beverly Hills News Brandi Glanville Says She “Could Do Without” Camille Grammer on RHOBH and Accuses Her of “Swinging at Everyone,” Plus She Responds to Post by Denise

Brandi Glanville Says She “Could Do Without” Camille Grammer on RHOBH and Accuses Her of “Swinging at Everyone,” Plus She Responds to Post by Denise 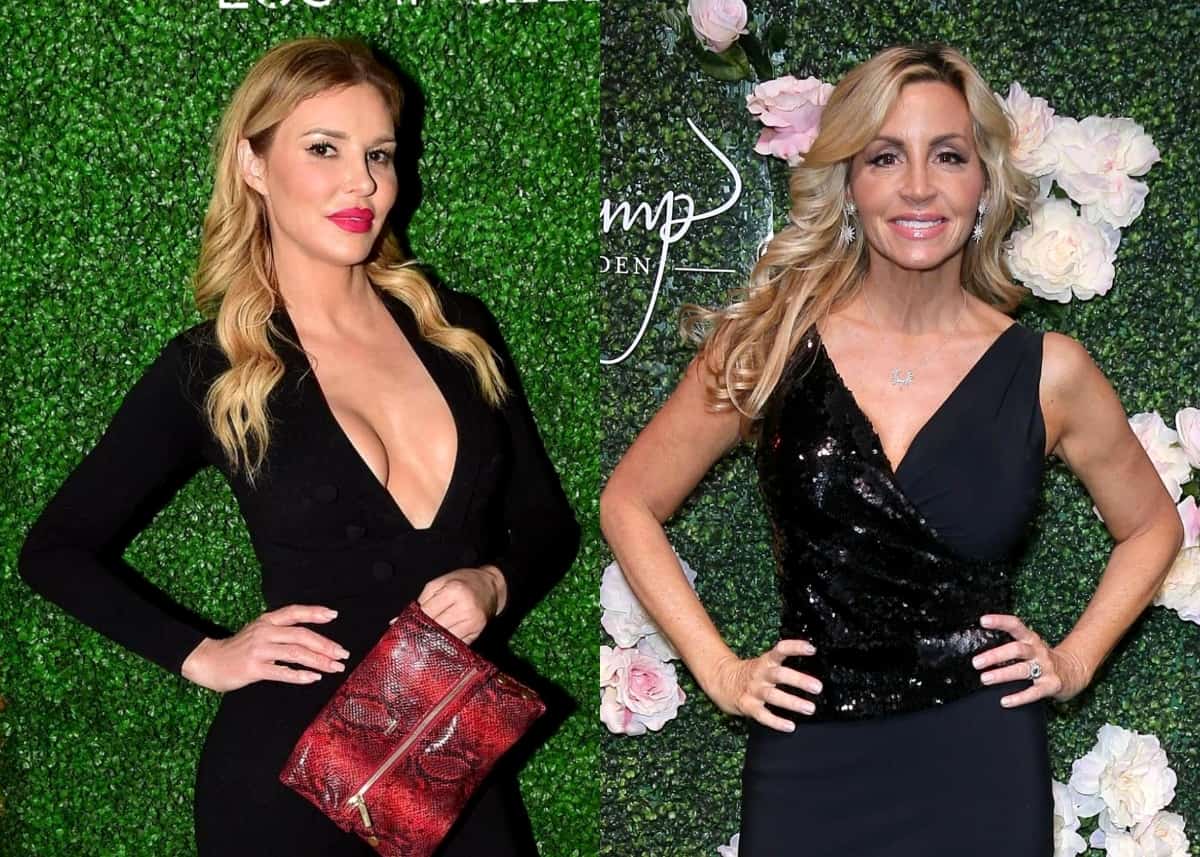 Brandi Glanville wouldn’t be upset if Camille Grammer was missing from future seasons of The Real Housewives of Beverly Hills.

After posting a sneak peek at Wednesday’s episode of season 10, Brandi shared her thoughts about Camille and her role on the show as she responded to a couple of Instagram users who didn’t seem to be too excited about Camille’s upcoming appearance on the series.

“Guess who’s back..back again! Did you miss us???” Brandi asked in the caption of her July 11 Instagram post, which included both her and Camille, along with former castmate Adrienne Maloof, reuniting with the RHOBH cast at Kyle Richards‘ home.

After sharing the clip from Kyle’s party, which was held in November of last year, Brandi was met with a fan who said there would be no love lost if Camille were to leave the series permanently.

“I could do without Camille. Not sorry,” the fan wrote.

In another message shared in the comments section of her clip, Brandi was seen reacting to a fan who said that she and Camille should be starring in full-time positions on RHOBH instead of Teddi Mellencamp, who was brought to the show in 2017 for season eight and was deemed as “boring” by series “friend” Sutton Stracke earlier this season.

“Don’t know why [Teddi] is still on the show! Bring back Camille and [Brandi],” the fan begged.

Although Brandi said in one comment that she has enjoyed Teddi’s company thus far, she made it clear in a second post that she is no fan of Camille or her behavior on the show.

“Camille doesn’t know if she’s coming or going and she’s just coming out swinging at everyone without any real purpose.”

In more Brandi news, she recently had a raunchy response to an Instagram post by Denise Richards. In the post, Denise playfully recreates a scene from this season of the RHOBH by flipping her hair and saying “And I am f—king Denise Richards,”  while looking into the camera.

While Denise’s video went viral and got a lot of praise for her playfulness, Brandi commented on it by writing: “OMG ME TOO!” apparently giving a nod to her allegations of an affair with Denise — something Denise has denied.