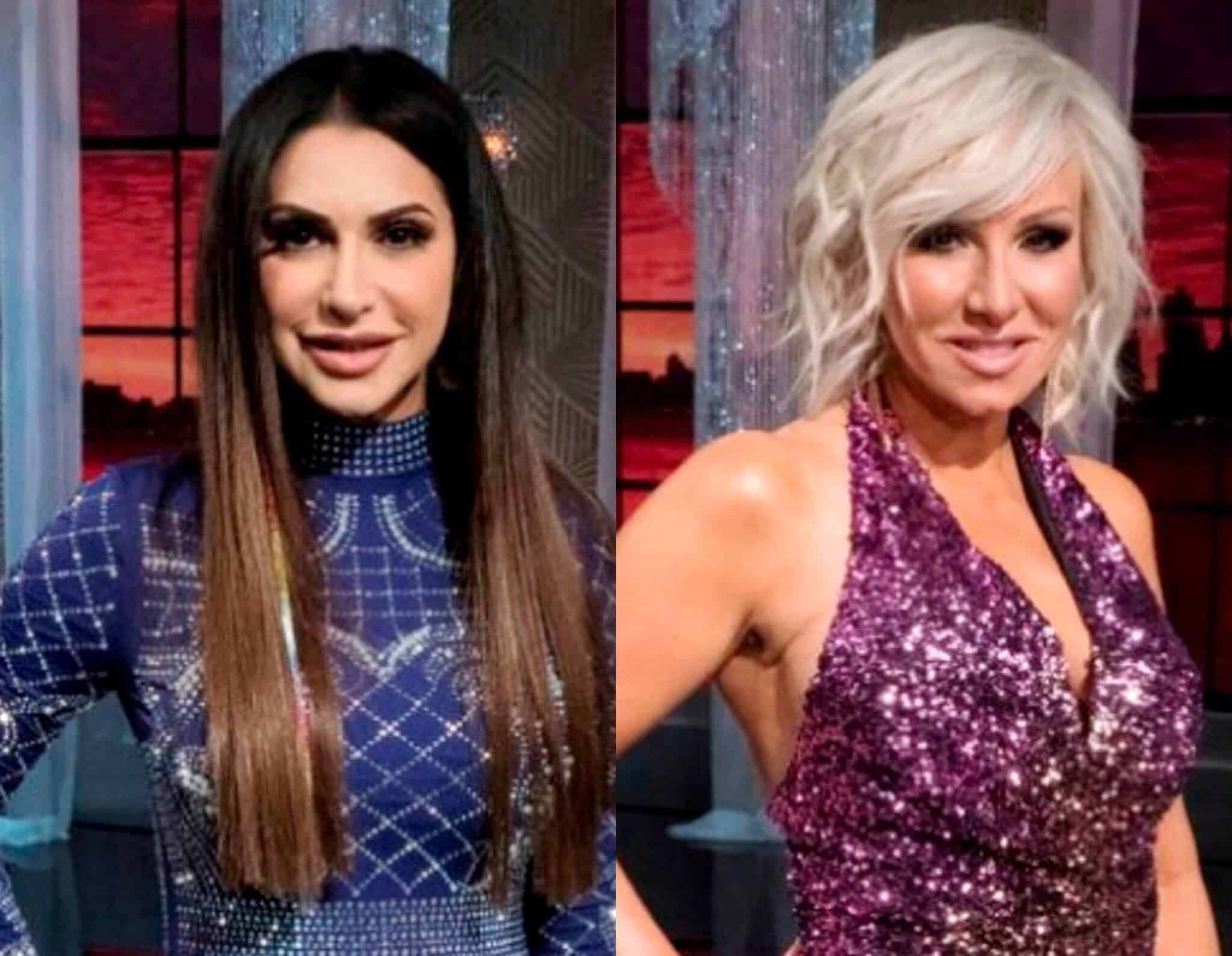 Margaret and Jennifer have never really been the best of friends as they’ve feuded on various things over the past few seasons of The Real Housewives of New Jersey. During the March 31 episode, the two got into yet another heated exchange. This led to Margaret calling Jennifer a “sloppy drunk” and Jennifer shaming Margaret for sleeping with her boss “to get to the top” when she was a young businesswoman.

If fans recall, Margaret shared the information about her boss with the ladies in an intimate moment. She also wrote about the painful experience in her book. The reality star alleged she was very young at the time, he was a powerful man, and she didn’t feel as if she had a choice.

As viewers watched the ladies argue on their TV screens, they decided to take their beef to Twitter with Margaret firing the first shot.

“My memories are not repressed and I’m not projecting,” Margaret tweeted, referring to Jennifer’s claim that she was projecting old memories of having to take care of her drunk mother as a child onto her. “You behaved sloppy and everybody knows it.”

In a second tweet, The Macbeth Collection owner wrote, “I’ve been my own boss at my own company for 21 years. So not sure who I’d be sleeping with to get here.”

Then, after mostly defending herself, Margaret decided to throw a grenade by claiming the mother-of-five had to sleep her way into the nice New Jersey borough she lives in.

“At least I’m at the top,” she snarked. “You only slept your way to Paramus.”

A minute later, Jennifer clapped back by blasting Margaret and her alleged behavior.

Obviously, Margaret was upset by the comment and re-shared her co-star’s tweet. But not without tagging Bravo and sharing her thoughts.

“This is what a victim shaming looks like and women stay silent,” she declared. “We can all say nasty things about the episode but this an all time low. Especially with this current climate. [Bravo TV] I am ashamed.” 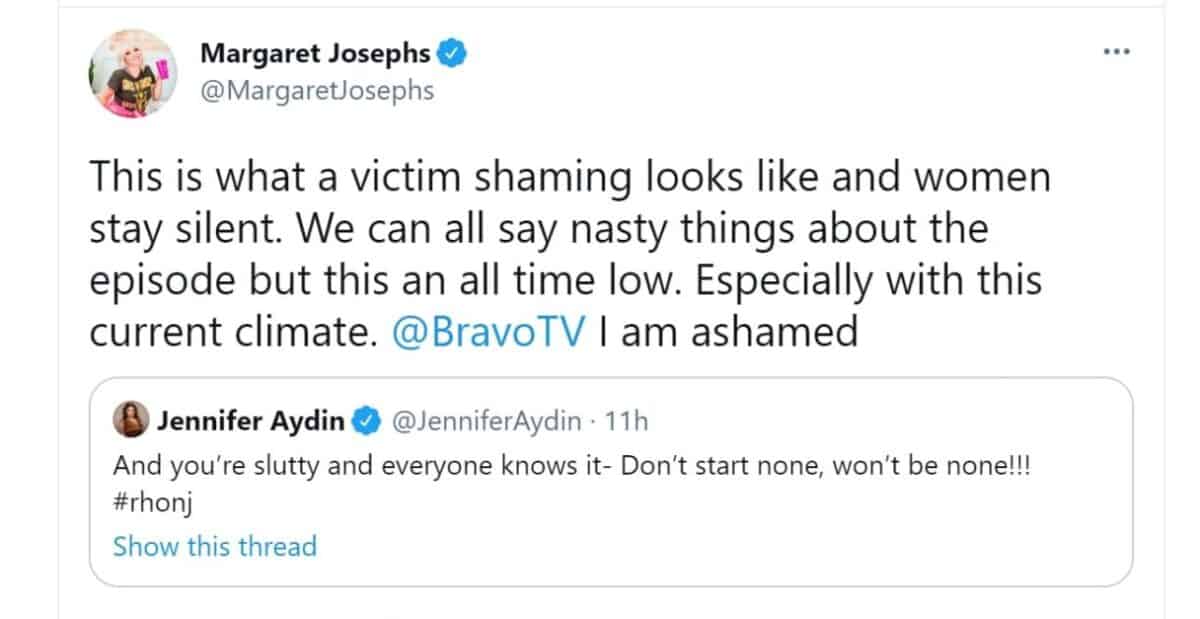 Nevertheless, Jennifer felt the need to defend herself by claiming she wasn’t referring to the situation with Margaret’s old boss.

“And this tweet is not even about her boss- it’s about all her other sex story she tells- don’t act like this is the first you’re ever heard- enough already! We get it,” she wrote. 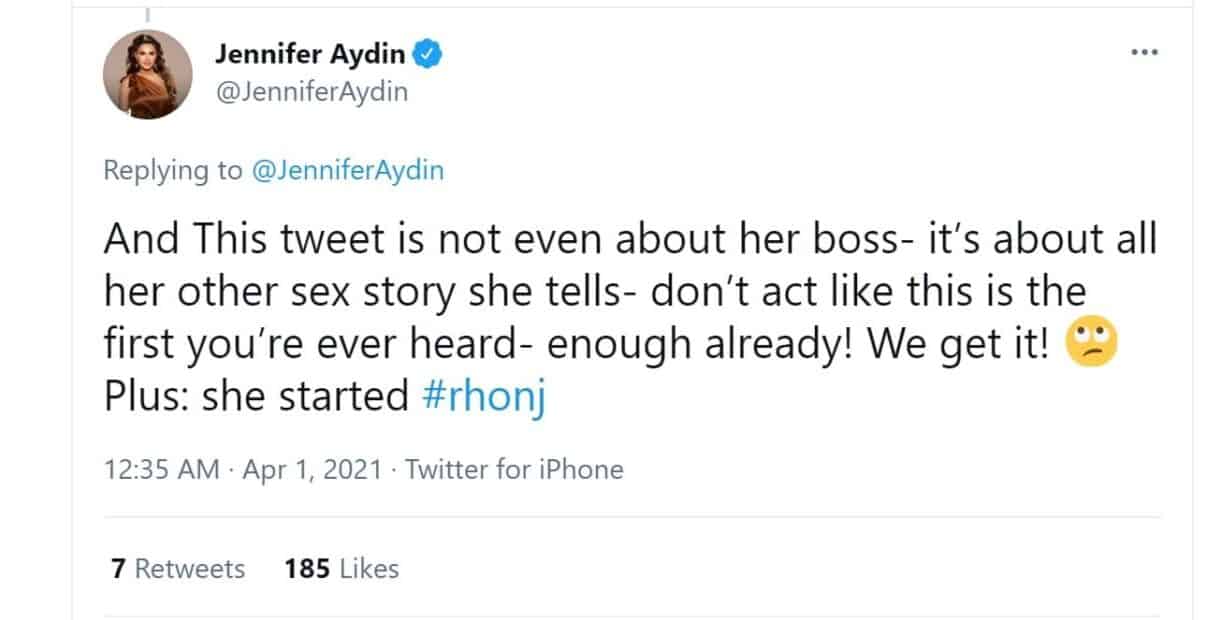 Jennifer followed that up with, “Don’t try and spin it-This tweet wasn’t even about your boss-it’s about all the other men you’ve boasted about sleeping with-and you call me embarrassing.” She also included several rude hashtags. 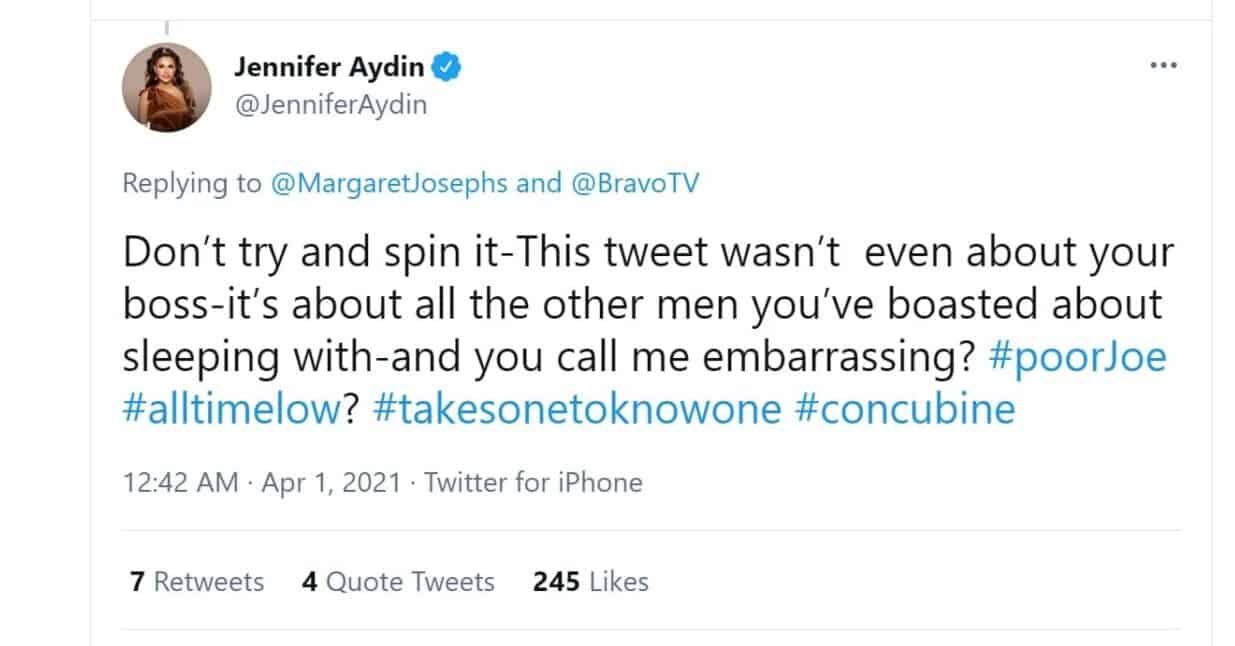