Home Real Housewives of New Jersey News RHONJ’s Jennifer Aydin Calls Out Andy Cohen for Having “Favorites” After He Seemingly Shades Her on WWHL, Denies Numbing Herself With Alcohol and Explains Wanting Margaret to Film Her Throwing Up

RHONJ’s Jennifer Aydin Calls Out Andy Cohen for Having “Favorites” After He Seemingly Shades Her on WWHL, Denies Numbing Herself With Alcohol and Explains Wanting Margaret to Film Her Throwing Up 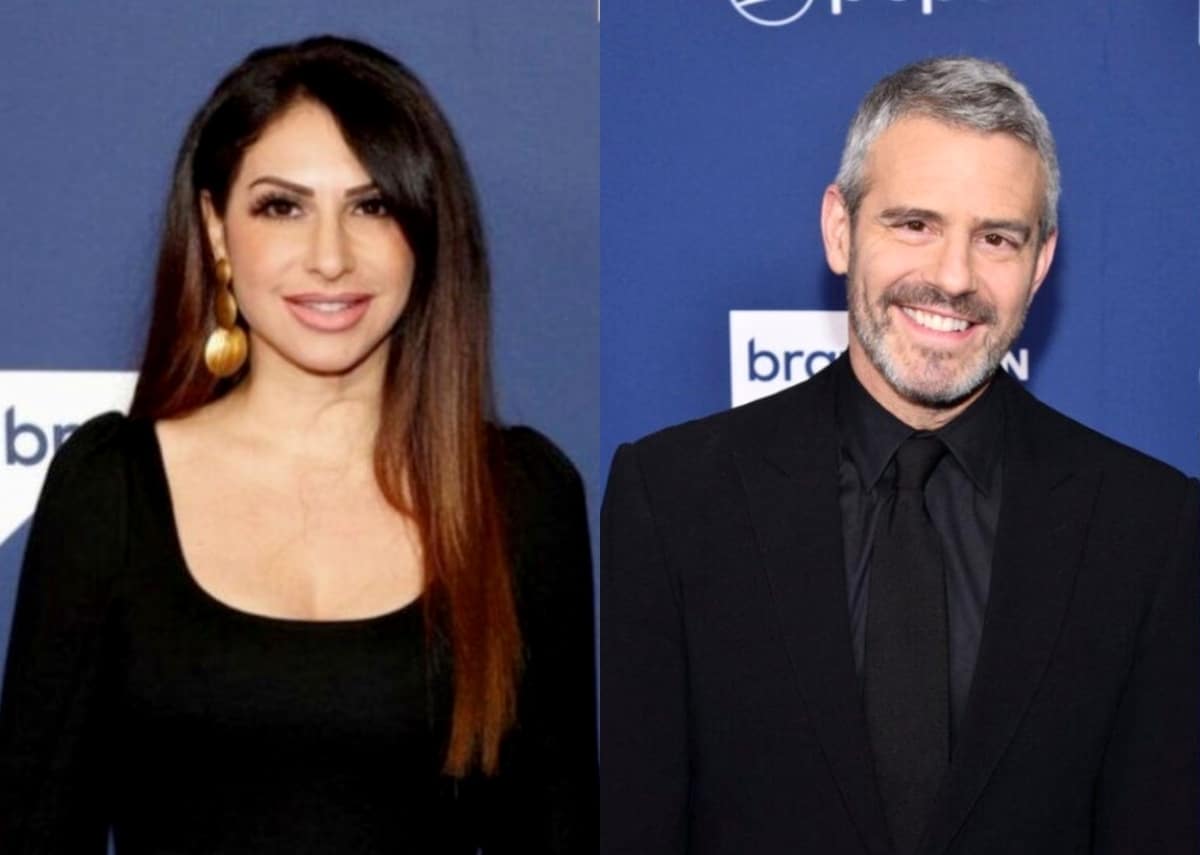 Jennifer Aydin spoke out against Andy Cohen on Twitter after she experiencing some shadiness from the Watch What Happens Live host during the March 17 episode of his late-night talk show.

After Andy appeared to express disgust at Jennifer’s drunken antics on the latest episode of The Real Housewives of New Jersey, Jennifer accused him of playing favorites before reacting to Jackie Goldschneider‘s suggestion that she numbs herself with alcohol and explaining why she hoped Margaret Josephs had caught her throwing up on camera.

On March 18, after watching Jennifer’s appearance on WWHL, a fan tagged the reality star in a tweet that slammed Andy for being “condescending [as f*ck].”

“I guess he has his favorites…and it’s definitely not me, obviously,” Jennifer replied, adding that she “can’t win ’em all” in a hashtag. 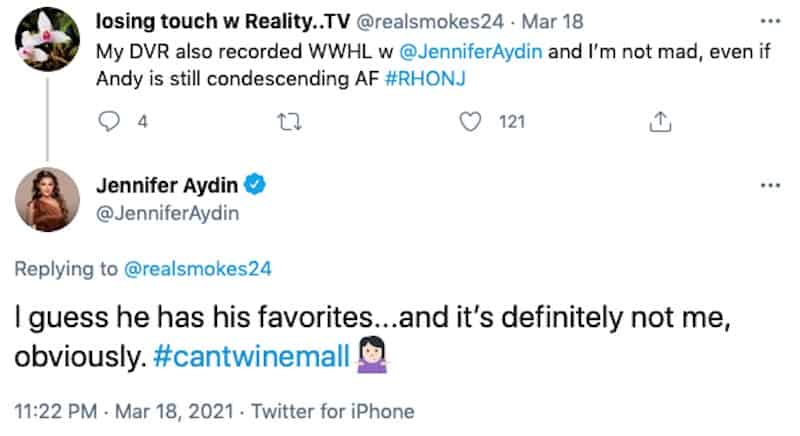 In one particular moment on WWHL, Andy seemed put off by Jennifer’s answer to potential double standards when it came to her “awful” drinking habits. As fans may have noticed, Andy seemed to be cringing as Jennifer described her drunken behavior as hilarious before questioning her for thinking her drinking was “better” than that of her husband, Bill Aydin.

“Yours was better? Okay,” Andy said in a seemingly shady manner, and he made a strange face.

#RHONJ's @JenniferAydin sounds off on whether or not there is a double standard in the group in regards to drinking too much. #WWHL pic.twitter.com/VgVLj2Wo3k

In other RHONJ news, Jennifer spoke to Entertainment Tonight last week, where she reacted to the comments Jackie and others have made in regard to why she drinks.

After then telling the outlet that she thought her drunken antics were “hysterical,” Jennifer admitted to hoping Margaret had filmed her getting sick after Teresa Giudice‘s party.

“I threw up that night like four times and Margaret told me how she was driving past me. She’s like, ‘Oh my God. I felt so bad. You were throwing up on the side of the car.’ And my first instinct was, ‘Did you get it on camera?'” Jennifer recalled. “And she’s like, ‘No, I thought about it but I didn’t want to do it to you.’ And I was like, ‘Nah, b*tch. That sh*t is TV gold, honey. You get it on camera and let’s show everybody.'”