RHONJ’s Jennifer Aydin Reveals Off-Camera Moment She Realized Danielle Staub is a “Dangerous” Person, Explains How the Show Has Helped Her Marriage to Husband Bill, and Dishes on ‘Friend’ Michelle Pais 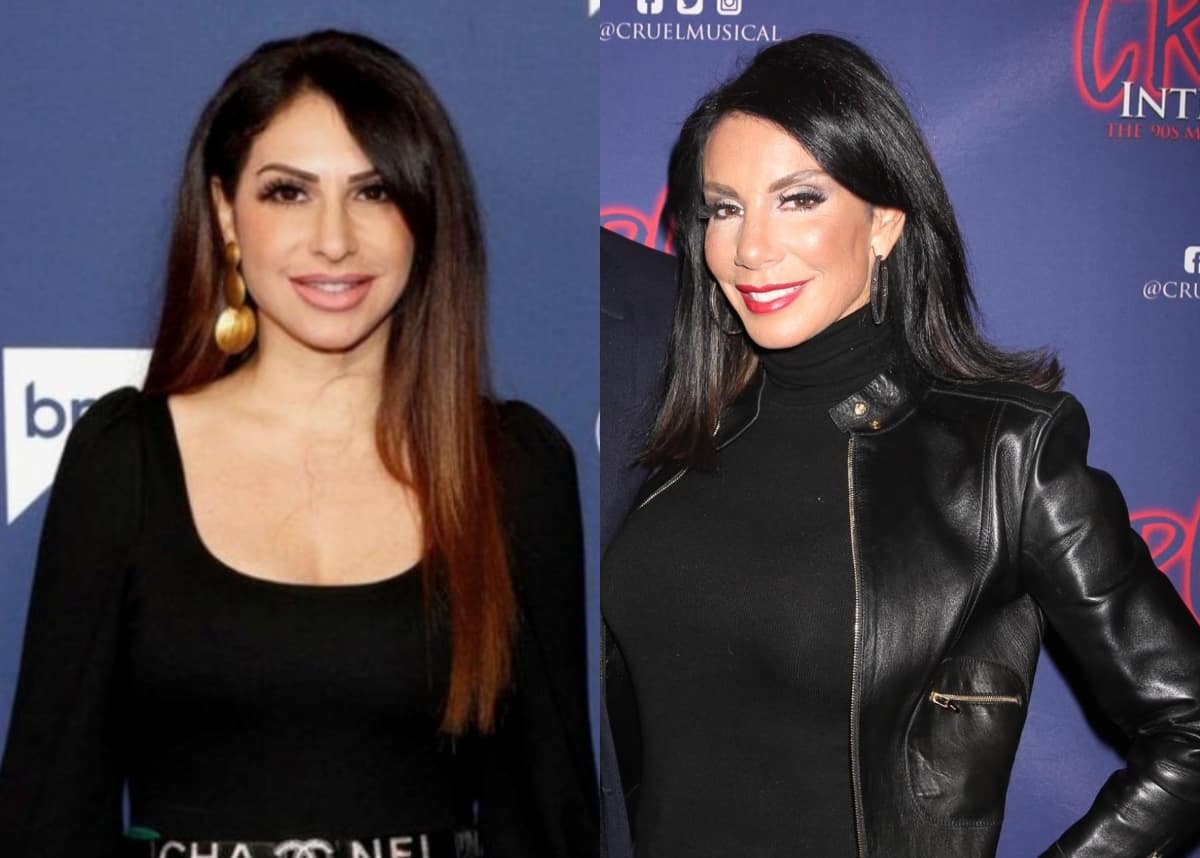 Jennifer Aydin opened up about an off-camera moment she had with Danielle Staub that ultimately led to the end of their relationship.

While appearing on a podcast on Friday, days after the dramatic premiere of The Real Housewives of New Jersey season 11, Jennifer explained what happened between them before addressing how the show has impacted her family and relationship with husband Bill Aydin, and sharing her thoughts on the series’ newest cast member, “friend” Michelle Pais.

After explaining that she had learned from a stylist that Danielle’s real name was Beverly, Jennifer recalled a messy encounter the two of them had after going out to dinner.

“We were talking and I brought it up. Something had happened and she said, ‘Oh now you know everything about me.’ And I turned around with my silly, charming self. I was like, ‘I didn’t know your real name was Beverly,’” Jennifer recalled on the February 19 episode of The Rumour Mill podcast. “And her face turned stone-cold, looked at me and said, ‘Who told you that?’ When I told her who told me, she took out her phone, she started voice texting. ‘You piece of sh*t. Send. Mother f*cker. Send.’ I was like, ‘What did I do?’ I didn’t know [it] was a secret.”

At that point, things between her and Danielle took a turn for the worse as she began to feel unsafe and Danielle grew “very hostile and aggressive.”

“I was like, ‘There are no cameras rolling. There’s no body here to protect me.’ And then she was like, ‘That was the name my mother used to call me when I was raped.’ I got the memo at that point that she has triggers and trauma that maybe can make her a dangerous person [and] I knew I [wanted] nothing to do with her.”

While RHONJ may have caused some of Jennifer’s relationships to take a turn for the worse, her marriage to Bill, a plastic surgeon, has seen positive growth.

“He respects me a lot more now that I’m making my own income [and] I feel like he’s more all over me when we go out as far as his affection,” Jennifer explained. “Being married for so long and having five children, sometimes you get into a routine where you’re on autopilot and you’re just going through the motions. And the show has actually rejuvenated our relationship where we’re closer than ever.”

That said, when it comes to exposing her other family issues on the show, including the strained relationship between her parents, Jennifer is admittedly nervous.

“I’m nervous [about] how my family is going to react. I’m all about sharing it all. I feel like that’s my gift but not everybody is like that and culturally, coming from the Middle Eastern background, we don’t like to air our dirty laundry, to anybody,” she shared.

Also during the podcast, Jennifer said she enjoyed getting to know Michelle during filming on season 11 last year.

“Michelle was great. She came in. Teresa is friends with her. She brought in a different dynamic,” Jennifer admitted. “She did stir the pot a bit. But I thought she was great and I was happy to make a new friend.”