by Cynthia Cook May 29, 2020 96 comments
ShareTweetWhatsappPinterestRedditTumblrMailFlipboard 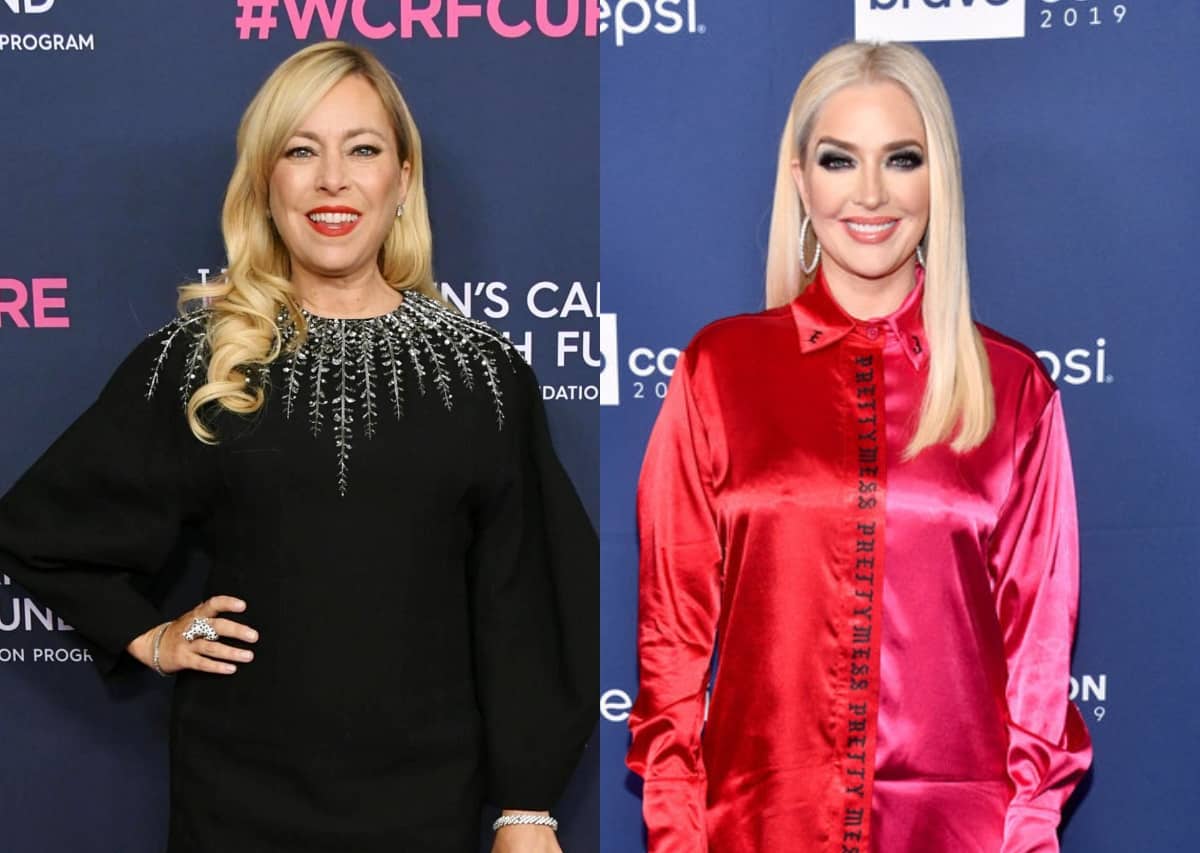 Sutton Stracke and her southern charm sensibility didn’t exactly love that racy dinner conversation between the ladies at Denise Richards‘ home as she also shares what Erika Jayne did that made her upset.

The Real Housewives of Beverly Hills women caused quite the stir that night by discussing threesomes and former sexual experiences — all within earshot of Denise’s teenage children and their friends.

In a new interview, Sutton shared how the whole thing made her “uncomfortable,” but she was able to push through it.

“Unfortunately, I was never a super fan of the show so [for] a lot of the background I would get a little confused like, I don’t know why this is an issue. I think that night Garcelle [Beavais] and I were the furthest away from the kids so it wasn’t really apparent [that] they could hear what we were talking about,” Sutton told Kate Casey for her Reality Life podcast. “But, I mean, the whole thing made me very uncomfortable. But it was fine, you just have to get through it.”

The Georgia native also shared her thoughts on another southern belle, Erika Jayne, and how she was hopeful the two would have connected. But Erika’s recent comments about her off-screen have kind of rubbed her the wrong way.

“I love Erika. I’m not enjoying some of the things she’s been saying about me behind my back, but that’s fine,” she revealed. “I’ll forgive her. I think that it’s very southern to put up a front and be guarded and then once you get to know me you get to see the real [me]. I just don’t give it away very easily.”

Sutton also shared her regret for the comments she made about Teddi Mellencamp at Kyle Richards‘ dinner party, when she noted how she assumed Teddi was going to be “a little boring” and even more so while being pregnant.

The mother of two added how she didn’t know certain backstories (like Teddi’s fertility struggles) and therefore may have had a few blind spots and been a tad misunderstood.

“[T]here’s lots more conversations that we have that maybe aren’t shown, but it’s all par for the course,” she remarked. “I did feel really bad for saying [what I said about Teddi.] I had no idea that she had had any issues about getting pregnant or anything and I’ve had two miscarriages myself, so that one … I felt really bad about.